The Omicron map is expanding... The new Corona mutant has been detected in more countries, and scientists are racing against time to determine its danger

Omicron, the new mutated from the Corona virus, continued to spread around the world, as Denmark and Australia announced that it had been monitored on their soil, and the Netherlands confirmed its discovery in 13 suspected cases. 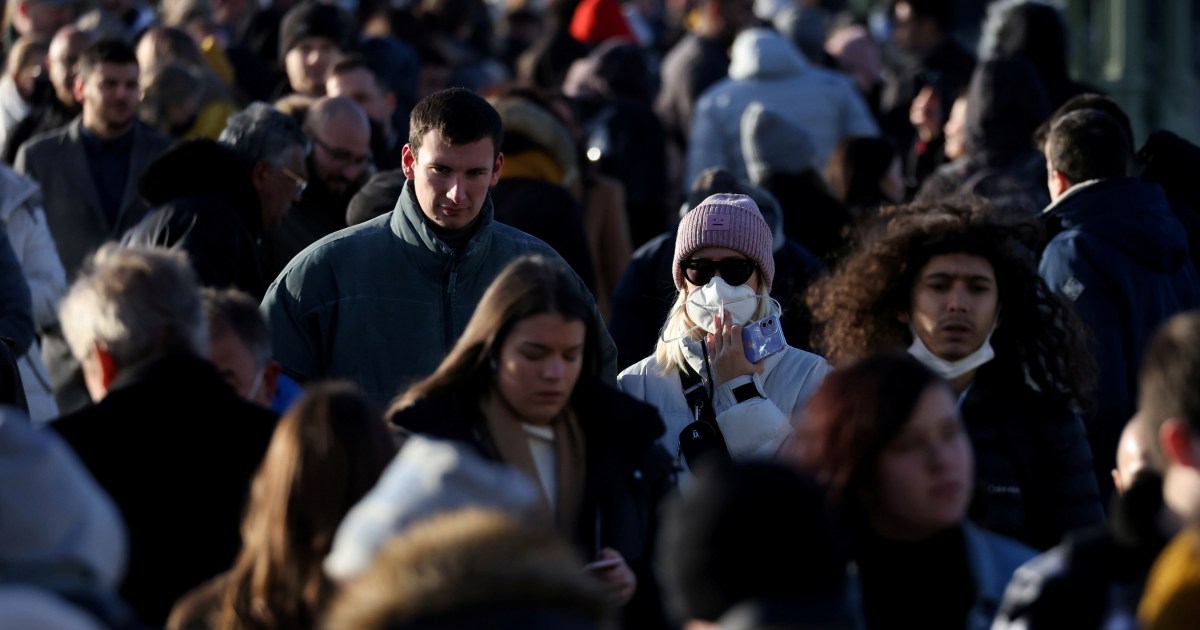 Omicron, the new mutated from the Corona virus, continued to spread around the world, as Denmark and Australia announced that it had been monitored on their soil, and the Netherlands confirmed its discovery in 13 suspected cases, despite the efforts of many countries to isolate themselves by imposing new travel restrictions.

And the health authorities in the Netherlands announced, today, Sunday, that they had confirmed the presence of 13 cases of the new mutation among passengers who came from South Africa on flights that arrived in Amsterdam last Friday.

In Denmark, the authorities said today that they had recorded two cases of the Omicron strain among travelers who came from South Africa, the first country to report the emergence of this strain.

The Danish authorities added that the two infected people had been isolated, and that they were currently tracing their contacts.

And in Australia, health officials in New South Wales, the most populous state in the country, said that two people coming to Sydney from southern Africa on Saturday evening had been confirmed to be infected with the Omicron strain.

Officials added that the two people had no symptoms and were now in quarantine.

Another 12 travelers from southern Africa entered a hotel quarantine for 14 days, and the authorities advised about 260 passengers and flight crews to isolate at home.

Denmark, the Netherlands and Australia are the latest countries to confirm the monitoring of Omicron on their soil, after South Africa informed the World Health Organization of its appearance last Wednesday, and then discovered it successively in Hong Kong, Belgium, Germany, Britain and Israel.

British Health Minister Sajid Javid said today that there may be more cases of Omicron in addition to the two cases that were confirmed in Britain yesterday, one in Essex in the southeast of England, and the other in Nottingham, central England.

"We immediately set out to make sure that we had detected all those who had contact with them, and we are also conducting checks in these two areas," Javid said in a television interview.

In Germany, the state of Hesse announced that a suspected case of the Omicron strain had been confirmed, following the announcement by the state of Bavaria yesterday that it had detected the first two cases of the new mutant in Munich, for two people who arrived in the country on a flight from South Africa on November 24.

Meanwhile, more countries continue to close their borders to travelers from southern Africa or impose varying restrictions on travel, including quarantine.

Morocco decided today to suspend all incoming flights for a period of two weeks, starting tomorrow, due to the "rapid spread of the new mutant," according to what a ministerial committee announced today.

The decision aims to "preserve the gains that Morocco has accrued in the fight against the pandemic and the protection of citizens' health," according to a statement by the ministerial committee.

Among the countries that announced today travel restrictions from South Africa and neighboring countries, Indonesia, Vietnam and Angola.

For its part, Israel announced the closure of its borders to all foreigners to limit the spread of the virus, just 4 weeks after reopening its borders to tourists.

Meanwhile, scientists are racing against time to determine the extent of the danger of the new strain, "Omicron", which the World Health Organization has classified as "disturbing", especially to see if it can circumvent the existing vaccines.

Epidemiologists say it may be too late to impose travel restrictions to stop the spread of Omicron, but many countries continue to take these measures.

The new mutation sheds light on the great disparity in the distribution of vaccines worldwide, while some developed countries began giving a third booster dose, only less than 7% of the population of developing countries received the first dose, according to medical organizations and other human rights advocates.

This is necessary to avoid the emergence of new mutants from the virus, said Seth Berkeley, CEO of the Global Alliance for Vaccines and Immunization (GAVI) - which together with the World Health Organization runs the COVAX initiative, which aims to equitably distribute vaccines.

"We still have to learn more about Omicron, but we know that as long as a large number of the world's population is not vaccinated, new mutations will continue to emerge and the pandemic will be prolonged," he told Reuters.