Public and private schools in the northern emirates have warned of the continued absence of students, and their preference for staying at home during the week-long period allocated to celebrate the fiftieth anniversary of the Union, noting that the decision to delay final exams was in order to enable students to participate in the celebrations. 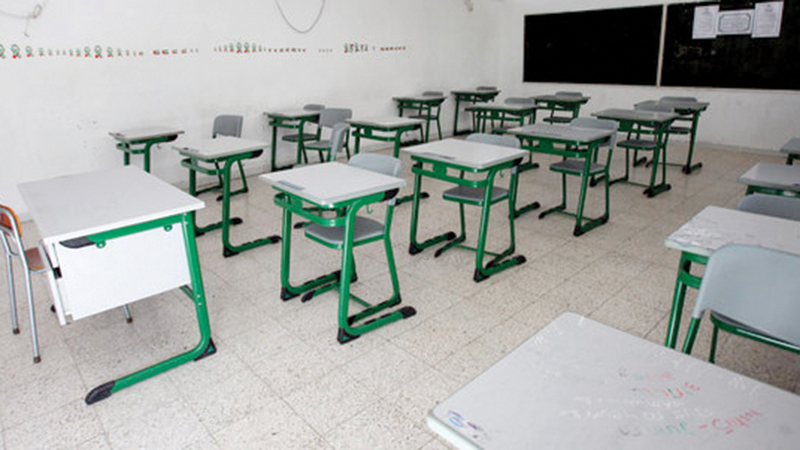 Implementation of the student code of conduct against non-compliant students

There is no justification for the absence of any student on the day of the celebration, as it is considered a full academic day.

Public and private schools in the northern emirates have warned of the continued absence of students, and their preference to stay at home during the week period that they allocate to celebrate the fiftieth anniversary of the Union, noting that the decision to delay final exams was in order to enable students to participate in the celebrations, stressing that it has put in place strict procedures that oblige students. to attend.

She added that today and tomorrow are considered official school hours, as today the fiftieth anniversary of the Union will be celebrated with the participation of students and their families, while education will continue tomorrow in full, pointing out that the attendance and absence of all students will be recorded at the beginning of the school day, and the necessary measures will be taken against absent students within the list Student behavior, except for students who are absent with an excuse.

In detail, the director of a private school in the Emirate of Fujairah confirmed that she has developed systematic plans that will oblige students to attend the parties dedicated to the fiftieth Union Day, which will contribute to the entertainment of students and bring joy to their hearts during the testing period, noting that the morning period is to start the celebrations, in order to empower students. From returning to their homes and reviewing their lessons throughout the day, without the festive period affecting their grades or academic levels, exams have been moved to next week.

And she was supported in the opinion by an administrator in a private school in Fujairah, Muhammad Omar, saying that the rates of absence during the last week of the current school year vary from one stage to another, as the classes of the school stages starting from the seventh to 12th grade witnessed an absence of 10%, while they reached in the stages The other ranged from 15 to 50%, noting that some students' parents were not serious about deterring their children from this behavior they were accustomed to during previous years, even if the reasons for attending school were to celebrate the fiftieth anniversary of the Union.

On the other hand, a teacher at a government school in the Emirate of Fujairah, Moza Abdullah, confirmed that the celebration period for the fiftieth anniversary of the Union that the school allocated before the start of the exams did not witness many absences, due to the students' keenness to participate in these celebrations, and noted that parents showed great interest in the attendance of their children for the celebrations. held in the school through their direct communication with the classroom teachers about the dates of the celebrations. Deputy Director of the Sharjah American Private School, Mona Serhal, said that Monday and Tuesday are considered official working days, and attendance and absence will be recorded for all students starting from the school day, and she pointed out that the Union Day will be celebrated this morning until 11.30, provided that students are allowed Return home once the festivities are over.

She explained that there is no justification for the absence of any student on the day of the celebration, as it is considered a full school day, in which all students participate, and the study will continue tomorrow in full, and the attendance and absence of all students will be recorded, and the student behavior list will be applied against absent students.

She indicated that four grades will be deducted from any student who is absent from school hours without an excuse, adding that sick students and people of determination will be excluded from attendance, provided that the school administration is informed in advance.

In addition, the mother of a primary school student in a private school, citizen Noura Ali, indicated that the students’ absence during the festivities was due to their desire to review their lessons in preparation for final exams, as school administrations had to hold celebrations earlier during the past school days.

She was supported in her opinion by the guardian of two students in the second cycle in a government school, citizen Shaima Moussa, saying that "some private schools did not correctly estimate the date of the celebrations for the fiftieth Union Day, which caused a large number of students not to attend, due to their desire to stay at home and review lessons. ».

An administrative official at a private school in Ras Al Khaimah, Abdul Wahab Tariq, said that all students' families have been informed of the importance of their children attending classes today and tomorrow, where two lessons will be studied on the history of the founding of the UAE, and the celebration of the fiftieth anniversary of the Union will begin after that.

He explained that some students expressed their desire not to attend classes on Mondays and Tuesdays, as the administration alerted students to the importance of attendance to participate in events and to attend classes, and that the Student Conduct Regulations will be applied against students who do not adhere to the regulations.

He pointed out that in the event that any student is absent from school hours, text messages will be sent to their families, stating that their children are absent, and that grades will be deducted as stipulated in the Student Conduct Regulations.