Expo.. 30 minutes tells the story of a gift from history to Dubai

"Expo 2020 Dubai" unveiled the documentary "Saruq Al-Hadid .. The Iron Age in Dubai", which sheds light on the story of the archaeological site where the ring that inspired the exhibition's logo was found, and which turned out to be the commercial center of the city in a long time. The inaugural presentation was organized by 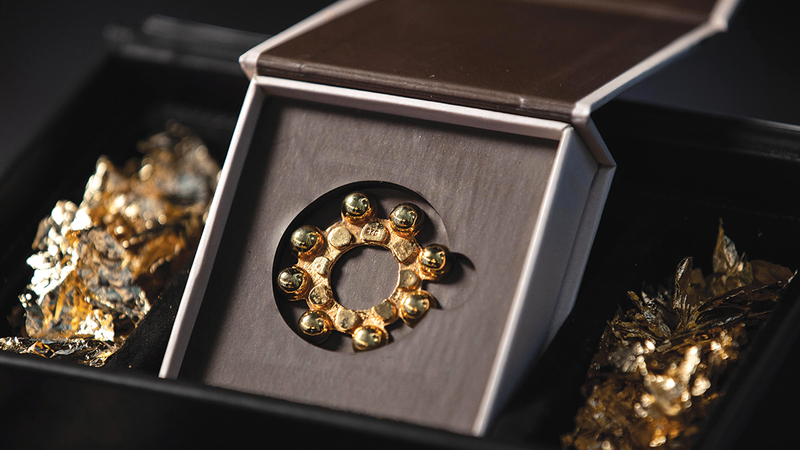 “Saruq Al-Hadid” highlights a rich history and a prosperous present

Expo.. 30 minutes tells the story of a gift from history to Dubai

"Expo 2020 Dubai" unveiled the documentary "Saruq Al-Hadid .. The Iron Age in Dubai", which sheds light on the story of the archaeological site where the ring that inspired the exhibition's logo was found, and which turned out to be the commercial center of the city in a long time.

The first inaugural screening of the film was organized yesterday evening, while the work will be available for viewing to the general public, starting today, via the virtual platform of "Expo 2020 Dubai", and later on Discovery Channel, Abu Dhabi Channel and Dubai Channel.

The 30-minute film "Saruq Al-Hadid" documents the story of the discovery by His Highness Sheikh Mohammed bin Rashid Al Maktoum, Vice President and Prime Minister of the UAE and Ruler of Dubai, of the archaeological site of Saruq Al-Hadid, which is one of the most valuable historical discoveries in Dubai.

The story of the discovery began when His Highness Sheikh Mohammed bin Rashid Al Maktoum, on board a helicopter, spotted thousands of black rocks spread over the sand dunes, and it seemed to His Highness at the time that these rock formations were not made by nature, but by humans.

Then archaeologists began excavating at the site, and found a circular ring with an intricate design, the same ring that inspired the design of the "Expo Dubai" logo later, indicating that the international event represents a link between the UAE's ancient past and its bright future, which contributed to this History in its making.

Reem Al-Hashemi, Minister of State for International Cooperation and Director-General of the Expo 2020 Dubai office, said: "Among the thousands of objects found at the Saruq Al-Hadid site, the piece that caught the attention of His Highness Sheikh Mohammed bin Rashid Al Maktoum, was not a sword or a piece." Huge porcelain, but that little golden ring.” The episode became the basis for the now famous "Expo 2020" logo, which was unveiled by His Highness Sheikh Mohammed bin Rashid Al Maktoum at the 2016 celebration, when it was displayed in a striking golden light on the iconic Burj Khalifa. For her part, Senior Vice President of Arts and Culture at Expo 2020 Dubai, Dr. Hayat Shams El Din, said: “The discovery of the episode was a gift from history, and a gift from the nation to us at a time when we were looking for a logo for (Expo). This episode is more than just a symbol of what the past represents, it connects the past with the present, and takes us to the future.”

She added: "Each of these episodes is truly amazing, and when you put them together, you find many of them harmonious in shape and creative composition. They become more beautiful and lustrous when they meet in one block." While the CEO of participation, “Expo 2020 Dubai”, Manal Al Bayat said: “The story of Saruq Al Hadid connects Dubai’s ancient past with its innovative future, and also shows how the concerted efforts of people throughout the ages can contribute to creating something very magical, and this is the message of Expo 2020, In this sense, and with the help of this documentary, people around the world will be able to enjoy the film and learn about the essence behind the identity of Expo 2020, even after several years of the event’s events.”

She added, "The documentary reviews the tireless efforts made by Dubai and the UAE to preserve our ancient archaeological sites. It also shows that preserving the ancient and vibrant history of the UAE will allow us to learn from our past, and will enable us to build a better and brighter future for all." .

Film director Lena Zielinskite said: “When we think of the great ancient civilizations, our minds immediately turn to Egypt, Mesopotamia and Greece, and one of the things that I found incredibly rewarding working on this project is that we were able to show just how rich they are. It is rich in the ancient world and the great diversity that it entails, much more than most people think, in addition to the presence of multiple cultural centers, and various major civilizations, which were considered at that time the center of cultural activity and trade exchange.”

The authenticity of the region

The documentary film "Saruq Al-Hadid.. Iron Age in Dubai", in addition to exploring the relationship between the authenticity of the historical area and "Expo 2020 Dubai", focuses on the Iron Age period in the emirate, and on the excavations that are still taking place at the Saruq Al-Hadid site. In addition to the unique artifacts discovered, which are currently on display at the Saruq Al Hadid Museum in Dubai.

The film documents the story of His Highness Sheikh Mohammed bin Rashid Al Maktoum's discovery of the archaeological site, which is one of the most valuable historical discoveries in Dubai.