East-West Question丨 Zhang Hefan: Why has the "rebirth" of the Platts Mustang become a cultural symbol of interaction between China and the West for a century? 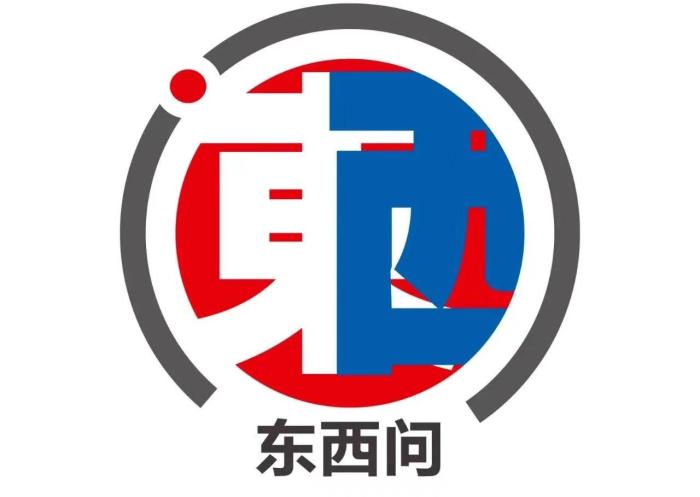 (Essential questions) Zhang Hefan: Why has the "rebirth" of the Platts Mustang become a cultural symbol of interaction between China and the West for a century?

China News Service, Urumqi, November 28th. Title: Zhang Hefan: Why has the "rebirth" of the Przewalski's horse become a cultural symbol of interaction between China and the West for a century?

Przewalski's wild horses are included in the IUCN Red List as endangered. There are currently more than 2,000 horses in the world, mainly distributed in more than 30 countries including China, Mongolia, Germany, the United Kingdom, the United States, Russia, the Czech Republic, and Belgium.

From discovery to extinction in the wild, ex situ conservation, "wild horses return to the countryside", population reproduction to "wild release", what vicissitudes of life have gone through?

What are the mirror lessons for biodiversity protection?

The 15th Conference of the Parties of the United Nations "Convention on Biological Diversity" was held in Yunnan, China. This year is also the 35th anniversary of the establishment of the Xinjiang Wild Horse Breeding Research Center (hereinafter referred to as the "Wild Horse Center") and the 20th anniversary of Przewalski's wild horses.

Zhang Hefan, a senior engineer at the Xinjiang Wild Horse Breeding Research Center, who has been engaged in wild horse conservation research for nearly 30 years, said in an exclusive interview with China News Agency "East and West Questions" that the success of the re-introduction of wild horses not only reflects China’s emphasis on the construction of ecological civilization, but also Examples of international mutual assistance to save endangered species.

The reconstruction of wild horse populations has a profound impact on further promoting the protection of desert ecosystems and maintaining global biodiversity.

Reporter from China News Service: The Przewalski's wild horse, known as the "living fossil", has returned to its native place from east to west over the past century.

What was the bumpy experience of the reintroduction of the Mustang?

Przewalski's wild horse is listed as Appendix I species by the Convention on International Trade in Endangered Species of Wild Fauna and Flora, and is hailed as a "living fossil" by the world.

Since the European wild horse disappeared from Ukraine in 1876, the Przewalski's wild horse has become the only wild horse in the world.

In 1890, German explorers captured 52 wild horse foals from the Junggar Basin in Xinjiang and transported them to Germany. 28 of them survived, of which 13 successfully bred offspring.

In the middle of the 20th century, Przewalski's wild horses were mainly distributed in the Junggar Basin in Xinjiang, China, and the Kobudo zone in Mongolia.

In the early 1980s, China did not obtain evidence of Przewalski's wild horses after many special scientific investigations.

During the period, Przewalski's wild horses were scattered in zoos, private hands and game reserves in the Soviet Union, the United States, West Germany, East Germany, the Netherlands, Poland, the United Kingdom, Switzerland and other countries. At that time, there were only 385 horses in the world.

Due to the long-term captive environment, the excellent genes of wild horses in the wild have gradually disappeared. At the same time, their reproductive ability has degraded and genetic diseases have increased. They are facing the danger of extinction on the earth, which has attracted international attention.

The wild horse conservation and management organization established in this way established the goal of the global wild horse management plan: to preserve more than 90% of the genetic diversity of the existing wild horses and introduce them to the native environment.

In October 1978, at the first meeting of the International Mustang Foundation held in The Hague, the Netherlands, the Chinese government responded positively and undertook the mission of saving this endangered species.

The former Ministry of Forestry of China has successively signed agreements on the re-introduction of animals with the San Diego Zoo in the United States and the Hellabrunn Zoo in Germany.

In January 1985, China launched the "Wild Horse Returning to the Native Land" program. After experts and scholars have repeatedly investigated and demonstrated the site selection, the Wild Horse Center was established in Jimsar County, Xinjiang the following year.

At the beginning of March 2012, at a Przewalski's wild horse release site in the Karamaili Mountain Nature Reserve, Xinjiang, staff were putting forage for the wild Przewalski's horse.

From 1985 to 2005, the Mustang Center introduced 24 wild horses in five batches from Britain, Germany and the United States.

The Gansu Endangered Animal Protection Center of the State Forestry and Grassland Administration has successively introduced 18 horses from the United States and Germany since 1990.

In 1992, the British John Aspino Wildlife Park presented 10 horses to China free of charge. In 1997, these wild horses were transported to the Anxi extremely dry desert national nature reserve in Gansu.

China News Agency reporter: What is the current situation of the Platts Mustang after returning to its homeland?

After 35 years of research and practice in wild horse breeding and management, breeding, disease control, behavior monitoring, physiology and ecology, and reintroduction, wild horses in captivity have successfully passed through the survival barriers of food, water, and defense against natural enemies in the wild. , Achieving the expected goals in terms of wild traits restoration, reproduction, nutrition, family composition, population structure, environmental quality, survival status, overwintering and defense against predators.

In 2001, it was the first to launch the wild horse reintroduction program in Xinjiang. In 2003, wild horses were successfully reproduced. In 2004, wild horses formed a natural grouping.

The wild horse population has achieved restorative growth and is moving towards a free-living wild population.

As of the end of 2020, the Wild Horse Center has successfully bred more than 760 wild horses for 6 generations. There are 484 wild motors, including 274 wild horses, 113 semi-distributed wild horses, and 97 captive wild horses. It has developed into the world's largest professional wild horse. Breeding research base.

Over the past 20 years, 19 batches of 140 wild horses have been released into the wild.

At present, the total number of wild horse populations in China ranks first in the world, demonstrating the international image of a "responsible power".

China News Agency reporter: As a global undertaking, the rescue work of Platts Mustang is how do you understand the symbol of Eastern and Western ecological civilization?

China's Mustang rescue business can achieve today's achievements thanks to the concerted efforts and cooperation of international colleagues and international friends.

From this perspective, the Przewalski's Mustang has no national boundaries and can be regarded as a cultural symbol that runs through the ecological civilization of the East and the West.

In the meantime, there was an endless stream of visiting experts and scholars at home and abroad.

According to incomplete statistics, more than 100 foreign experts from Germany, the United States, the United Kingdom, Japan, Sweden, Mongolia, Russia, and Australia have visited or cooperated with each other.

The Mustang Center conducts provenance exchanges and technical cooperation with scientific research units and organizations such as Cologne Zoo in Germany, Smithsonian National Zoo in the United States, Gobi B Reserve in Mongolia, and Prague Zoo in the Czech Republic.

In 1989, when his friend Christine Oswald from West Germany visited the Mustang Center, he presented the center with a solar electric fence.

In 2005, the Cologne Zoo in Germany donated 6 stallions for us free of charge, and provided liquid nitrogen cold branding technology to improve the wild horse center to recognize wild horses based on their natural characteristics.

In 2007, American experts donated and wore radio satellite collars to the released wild horses to realize the scientific monitoring of the wild horses' trajectory.

In 2012, China sent 4 stallions to Mongolia, which was the first time that China exported seed sources abroad.

In the past two years, the Mustang Center has reached an artificial insemination cooperation agreement with the Smithsonian Institute of Conservation Biology and the National Zoo. The artificial insemination technology pioneered by the institute in 2013 is the most advanced way to solve the problem of wild horse inbreeding in the world. .

After we introduce and absorb, we can serve the endangered ungulate species in the whole country and even the world.

Reporter from China News Service: The Przewalski's wild horse, which has been extinct in the wild in China, has been "reborn", and its number has become the largest in the world.

What do you think of the world’s biodiversity protection and even ecological environment protection?

Biodiversity is related to human well-being.

Protecting any species including the Przewalski's horse is to contribute to the world's biodiversity.

Re-introduction is an important and effective means for the protection of endangered species, and it is also a major scientific research experiment, without any experience to follow.

The Chinese government organized a multi-disciplinary team of experts to carry out scientific research and field experiments to improve the survival rate of wild horses in the deserted Gobi, and accumulated a large amount of scientific data and useful experience. It is proposed for the implementation of the global integration of wild horse protection and the global wild horse management action plan. Contribute to wild horse wilding and genetic diversity preservation.

In September 2007, the "Focus on Przewalski's Wild Horses to Build a Friendly Environment" was launched in Urumqi, Xinjiang. Volunteers called on more citizens to participate in the activities of protecting wild animals by distributing brochures and explanations.

China's technical achievements and rewilding plan to increase the survival rate of wild horses provide an effective "Chinese plan" for the re-introduction of other endangered species in the world, and then contribute Chinese strength and Chinese wisdom to the construction of a community of life on earth.

The wild horse’s extinction from the wild to its return to nature is not only a result of species protection, but also reflects China’s emphasis on ecological construction and ecological civilization.

The reconstruction of wild horse populations will have a profound impact on further promoting the protection of desert ecosystems and maintaining global biodiversity.

Zhang Hefan is a senior engineer at Xinjiang Wild Horse Breeding Research Center and a member of the Chinese Science Writers Association.

Mainly engaged in the protection and research of the Przewalski's wild horse, a national first-class protected animal, and has been with wild horses for nearly 30 years, wrote more than 400,000 words of notes, and published more than one million words.

Among them, "Wild Horses Return to Karamaili" won the Five-One Project Award of the Ninth Communist Youth League's Spiritual Civilization Construction; "Call of the Wild-Commemorating the 30th Anniversary of the Return of Wild Horses to Their Hometown" won the Gold Prize of Xinjiang's Fifth Science Popularization Works; "Xinjiang" "The Return of the Wild Horse" won the first prize of the 7th Liangxi Popular Science Works; "The Wild Horse Going Home" won the Silver Award of the 5th Excellent Science Works Award by the Chinese Science Writers Association; "The Wild Horse Home" was selected into the National Press and Publication Administration's "2020 Farmhouse Bookstore" Recommended Catalogue of Key Publications.