An emergency due to the new mutant.. the world closes its borders to South African countries, and the first injuries are recorded in Australia 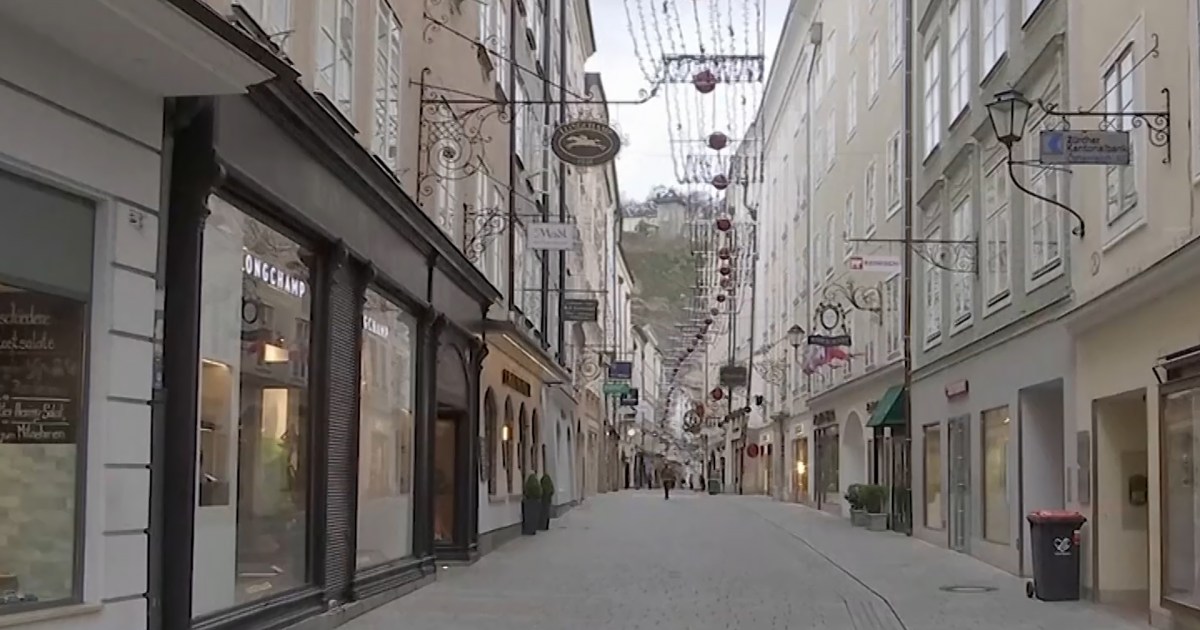 More countries in the world closed their air borders in the face of a number of countries in the South African region, after the emergence of the new Corona virus mutated, which the World Health Organization described as alarming, while infections were recorded in many countries of the world outside South Africa and its neighbors, including Germany, Italy, Belgium and Hong Kong, The last one is Australia today.

And the Saudi Press Agency reported today that the country’s authorities suspended flights to and from Malawi, Zambia, Madagascar, Angola, Seychelles, Mauritius and Comoros;

Due to concerns about the spread of the Omicron strain.

An official document showed today that Indonesia will ban entry to travelers from eight African countries, to limit the spread of the Omicron strain.

The ban will take effect from tomorrow, Monday, and will last for 14 days.

In Brazil, the “Anvisa” authority responsible for regulating the health sector recommended expanding travel restrictions linked to the emergence of the “Omicron” strain, to include Angola, Malawi, Mozambique and Zambia, after closing the borders to travelers from South Africa, Eswatini, Lesotho, Namibia, Botswana and Zimbabwe.

Colombian President Ivan Duque said yesterday that the state of health emergency will be extended until February 28, following the emergence of the Omicron strain, adding that his country does not have direct flights with Africa, and that anyone traveling from the continent to Colombia will have to pass through the United States or Brazil or the European Union have all imposed restrictions already.

Yesterday, Saturday, Israel decided to ban all foreigners from entering it, with the aim of addressing the new mutator of the Corona virus, and Prime Minister Naftali Bennett said - in a statement - that the ban would continue for 14 days.

Bennett added that Israelis entering the country, including those who have been vaccinated, will be required to remain in quarantine.

The comprehensive travel ban in Israel came after Tel Aviv decided on Friday to impose a ban on entry to foreigners from most African countries.

In Japan, Prime Minister Fumio Kishida said - today, Sunday - that his country will add Mozambique, Malawi and Zambia to the list of countries from which arrivals are subject to stricter restrictions starting today, after the discovery of the new mutant.

Japan's Kyodo news agency quoted Kishida as telling reporters on Saturday that his government wants to ensure that border control measures are strictly enforced," a day after travelers who had recently visited Botswana, Eswatini, Lesotho, Namibia, South Africa or Zimbabwe were asked to stay 10 days in government quarantine facilities at their arrival.

Yesterday, Saturday, Switzerland sought to impose a quarantine to stop the spread of “Omicron” to include travelers from Egypt, Britain, the Czech Republic, the Netherlands and Malawi, where infections were discovered with the new mutant.

Last Friday, Switzerland banned direct flights from South Africa and its neighbors, while also imposing travel restrictions from other countries including Hong Kong, Israel and Belgium.

Yesterday, Kuwait also decided to restrict air travel to and from 9 African countries to confront the spread of the new mutator, and it comes to South Africa, Namibia, Botswana, Zimbabwe, Mozambique, Lesotho, Eswatini, Zambia and Malawi, and the Gulf state excluded air cargo flights from the ban.

In addition to the countries of the South African region, Britain, Germany, Italy, the Netherlands, Hong Kong and Israel have detected infections with the "Omicron" mutant, and health officials in Australia said today that they had discovered two cases of the mutant for the first time.

In addition to the countries of the South African region, Britain, Germany, Italy, the Netherlands, Hong Kong and Israel have detected infections with the "Omicron" mutant, and health officials in Australia said today that they had discovered two cases of the mutant for the first time, after testing two South African passengers who arrived in Sydney.

And the chief infectious disease expert for the US government, Anthony Fauci, said - in a television interview - that he would not be surprised if he announced the registration of the first infections with the new mutant in the United States, due to the speed of infection that characterizes this new strain of the virus.

And the countries of the world rushed to ban or restrict travel to and from the countries of the South African region, after the World Health Organization classified the new mutant last Friday of concern because it contains many mutations, and the European Health Agency stated that “Omicron” represents a high risk to the continent.

Experts at the World Health Organization stated that preliminary data on the new mutant indicates that it represents an "increased risk of re-infection", compared to other mutants, including the Delta mutant, which first appeared in India nearly a year ago.

In an interview with Al Jazeera, the head of the African Advisory Committee on Immunology at the World Health Organization, Helen Reiss, spoke that the available vaccines against the Corona virus are still able to protect people, but we must wait for the results of the tests that scientists are currently conducting on the “Omicron” mutant, and the official considered that Closing the borders may not be a solution, noting that continued adherence to safety procedures and vaccinations is the best way to confront the new mutation.