Some 35% of Algerians voted on Saturday to elect their municipal and departmental representatives, the third ballot of the Tebboune mandate who wants to turn the page Bouteflika. A participation rate ... 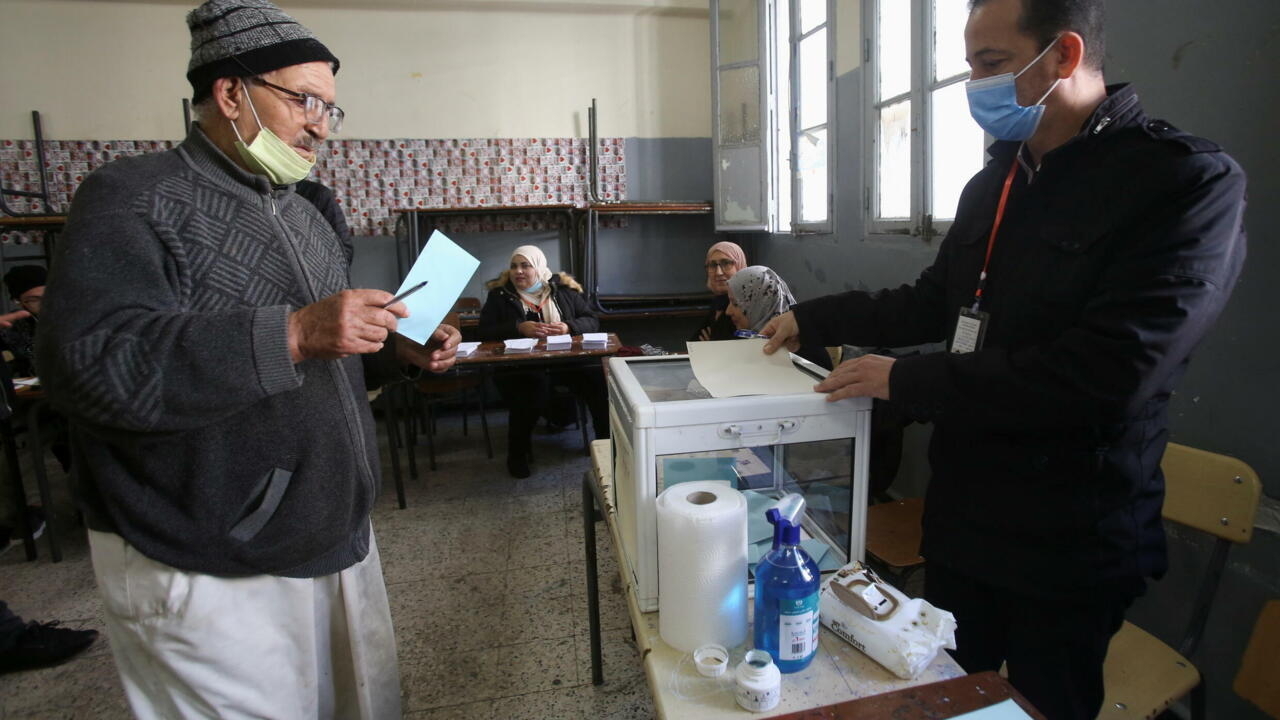 More than 8 million Algerians voted, Saturday, November 27, to choose their municipal and departmental elected officials, or about 35% of the voters, a higher turnout than in previous polls, for elections that should allow, in the eyes of the government, to turn the page on the era of ex-president Bouteflika.

After having voted, President Abdelmadjid Tebboune described the polls as "the last step in building a modern state", promising to build "an economically strong state" within a framework of "democracy and citizen freedom".

The counting of the ballots began in the country, just after the closing of the polling stations at 8 p.m.

It will nevertheless be necessary to wait several days before knowing the results of the polls, according to the National Independent Election Authority (ANIE).

With more than 8 million voters out of 23 million registered, attendance reached on average 35%, or 12 points more than the last ballot, the legislative elections in June, where abstention was record.

The three weeks of campaigning had been lackluster, with candidates not very active in convincing voters, apart from posters and a few rallies.

A total of 115,230 candidates were in the running in the 1,541 municipalities, and they were 18,910 applicants to compete for the departmental seats in 58 prefectures.

Women represented only 15% of all applications.

"Do you want change?", "Institutional building", "Sign and put your mark": that was the official slogan of the double ballot.

A slogan criticized by political scientist Mohamed Hennad, who would have preferred a debate "on the values ​​of citizenship".

For this former professor of political science, the government insists on "imposing its will despite the dishonorable results recorded in previous polls".

This was the third election of the presidency of Abdelmadjid Tebboune, who pledged to reform all the institutions inherited from the 20-year reign of Abdelaziz Bouteflika (1999-2019).

Very weakened by a stroke from 2013, Abdelaziz Bouteflika had nevertheless run for a 4th term in 2014, and tried to obtain a fifth in 2019. He was forced to resign in April 2019 under pressure from the demonstrations of the movement Hirak pro-democracy and the army.

On July 5, Independence Day, Abdelmadjid Tebboune, elected in December 2019 with 58% of the vote and a participation rate of 40%, ensured that his action was in the wake of a "genuine blessed Hirak".

In a first ballot, he had constitutional amendments adopted in a referendum on November 1, 2020, approved by only 23.7% of voters.

On the eve of Saturday's vote, Abdelmadjid Tebboune called on citizens to "participate with force".

"If the people want change, it is high time that they operate it themselves," he said.

Among the voters interviewed by AFP in Algiers, Yacine, a 55-year-old teacher, criticized the outgoing team for having "done nothing" for his commune.

"I vote against the list of the current mayor even if I have no illusions about the other candidates."

Young executive in a multinational, Sofiane intended to bring him his "contribution to the affairs of the city", considering the local elections as "the most important".

Omar, a 33-year-old engineer, did not come to vote because "it will not change anything. Whoever the mayor is, it will be the same."

In Kabylia, participation was expected to increase, after the boycott of previous polls by this region.

The Front des forces socialistes (FFS, the oldest opposition party) presented candidates there, as well as in Algiers and other prefectures.

Its rival, the RCD (Rassemblement pour la culture et la democratie), of which Kabylia is also the stronghold, boycotted the ballot but former party leaders presented themselves as independents.