Accidents with an A-tractor have doubled in the last five years - the police: "Walk like cars"

In five years, the number of accidents with personal injuries with A-tractors has increased from 109 (2016) to 200 in September this year. This is a significantly larger increase than the number of registered A-tractors and the police suspect that this may have something to do with increased speeds. - They go like cars many of them, says Mattias Martinsson at the police in Norrbotten. 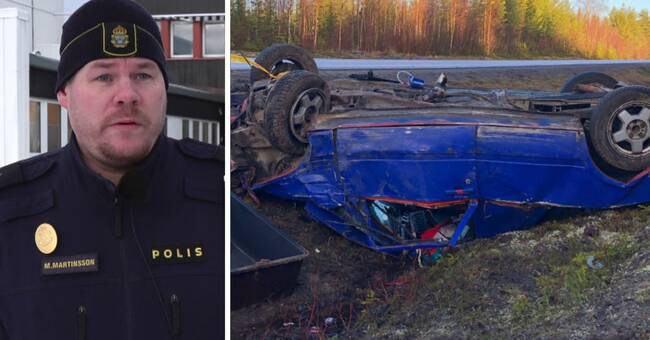 Work is currently underway to review a new regulatory framework for Sweden's A-tractors.

A higher permitted speed can be one of the proposals, but also stricter requirements for safety and a complication of speed manipulation.

In the last five years, the number of registered A-tractors has increased by 63 percent, but the accidents are expected to double this year.

In 2016, 109 A-tractor accidents with personal injuries occurred, compared with 200 until September this year.

The number of registered A-tractors in Norrbotten has increased by 63 percent over the past five years.

The number of accidents with personal injuries in Sweden has doubled in five years.

Easier to break the law

The police, who are usually first on site in the event of accidents, have noticed the sharp increase in A-tractors - but also the accidents and point out that it is easier to manipulate.

- It has become easier to manipulate as electronic speed control has been allowed.

You limit the speed in an electronic way, before it was more mechanical, says police Mattias Martinsson, group manager for the police traffic unit in Norrbotten.