When learning is in progress|The magical "Chinese grass", Xi Jinping "endorsement" for more than 20 years

Xinhua News Agency reporter Tai Xiaoan Pang Mengxia   [While learning is in progress] Little "Chinese grass", love for thousands of miles. For more than 20 years, under the personal care and promotion of Comrade Xi Jinping, the magical "Chinese grass" starting from Fujian has taken root in more than 100 countries, creating hundreds of thousands of job opportunities for the locals. Xinhua News A 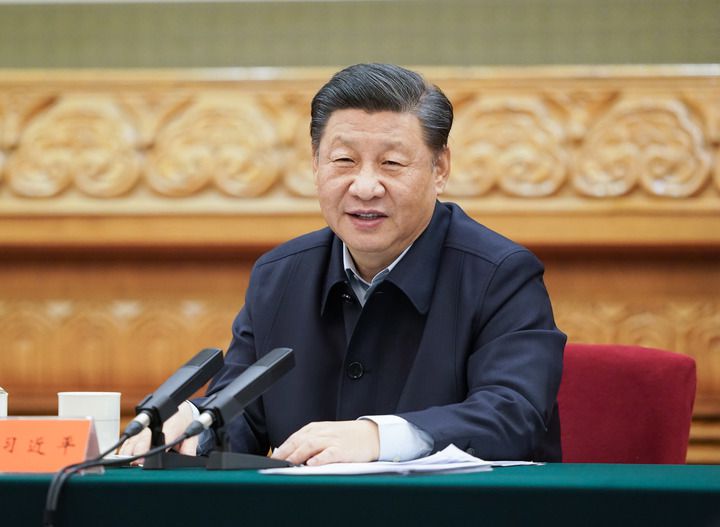 [While learning is in progress] Little "Chinese grass", love for thousands of miles.

For more than 20 years, under the personal care and promotion of Comrade Xi Jinping, the magical "Chinese grass" starting from Fujian has taken root in more than 100 countries, creating hundreds of thousands of job opportunities for the locals.

"There is no tall tree, no floral fragrance, but Juncao can transform into a mountain treasure." said Lin Zhanxuan, chief scientist of the National Juncao Engineering Technology Research Center.

Juncao is called "Chinese grass" and "Happy grass" by people in many countries. On November 19, at the third "Belt and Road" construction forum, General Secretary Xi Jinping recalled a past event about "Chinese grass" .

"I introduced Juncao technology to him, and the governor was very interested when I heard it. I sent the Lin Zhanxi from "Mountain and Sea Situation"."

Lin Zhanxi is the prototype of "Professor Ling" in the hit drama "Mountain and Sea Love".

On November 19, Xi Jinping, General Secretary of the CPC Central Committee, President of the State, and Chairman of the Central Military Commission attended the third "Belt and Road" construction seminar in Beijing and delivered an important speech.

For more than 20 years, under the personal care and promotion of Comrade Xi Jinping, this magical "Chinese grass" originating from Fujian has taken root in more than 100 countries, creating hundreds of thousands of local jobs.

The picture shows Juncao at the Qishan campus of Fujian Agriculture and Forestry University.

Juncao technology was born in Fujian in the 1980s. At that time, people looking forward to getting rich cut down trees to plant mushrooms, resulting in a prominent contradiction between fungi and forests. The Juncao technology invented by Lin Zhanxi can cultivate edible fungi with grass instead of wood, which has both economic value and ecological value. Benefits have become one of Fujian’s counterparts in assisting Ningxia’s agricultural technologies.

Lin Zhanxi, who was assigned the task, conducted a half-year technical demonstration test in the local area.

This photo, taken in 1998, records the grand occasion of the successful experiment that year.

Lin Zhanxi recalled that Papua New Guinea's East Highlands Province was still under a slash-and-burn tribal economy at that time, and the local people were very eager to find a way out of poverty.

They are very curious, how can weeds in the mountains and plains turn into food for food and clothing?

At that time, about 6,000 people came to the scene. Many Papua New Guinea people even walked to the scene for three days and nights.

In 2000, Xi Jinping, then governor of Fujian Province, and Rafa Namar, governor of Eastern Highlands Province, signed a technical assistance agreement such as Juncao in Fuzhou, and Lin Zhanxi was once again ordered to go to Papua New Guinea.

In order to allow Juncao to adapt to the natural environment of PNG, Lin Zhanxi made localized transformation of Juncao technology based on the actual local conditions.

In order to truly benefit the poor people of PNG, his team simplified, simplified, and simplified this modern biotechnology until farmers without much education could "understand", "learn", and "do it as soon as they do it." become".

Under the difficult local conditions, the expert team persisted for a full 8 years to help Juncao technology continue to mature in Papua New Guinea.

In 2018, Juncao set a record of 853 tons of fresh grass per hectare in Papua New Guinea.

The local people in PNG who benefited call Juncao "Chinese Cao", and the local people even named their children "Jun Cao" to thank China's magical Juncao for their assistance.

The picture shows on December 17, 2020, in the East Highlands Province of Papua New Guinea, local people who participated in the 9th training course of the Chinese Aid Papua New Guinea and Upland Rice Technology Project displayed their certificate of completion.

One blade of grass, twenty years, benefiting more than a hundred countries

Lin Zhanxi’s daughter and assistant Lin Dongmei accompanied his father to many countries around the world.

She believes that many developing countries are very similar to China at the beginning of reform and opening up. They are in the stage of going from poverty to food and clothing. People have higher requirements for food. The animal husbandry industry's demand for forage has greatly increased, and environmental protection and economic development have emerged. Contradiction.

Juncao grows fast, has strong adaptability, and is easy to manage. It is also conducive to soil and water conservation, and is especially suitable for developing countries to quickly reduce poverty and increase income and sustainable development.

This is a fungus planted on a beach in Pingtan Comprehensive Experimental Zone in Fujian Province for windbreak and sand fixation.

Xi Jinping attaches great importance to this "grass for poverty alleviation and enrichment", and personally continues to promote the popularization and application of Juncao technology to the vast number of developing countries.

At the “Belt and Road” construction forum on the 19th, General Secretary Xi Jinping said, “After I became the vice president of the country, I went to South Pacific, Africa, and South America to continue to promote Juncao. Now this technology has been used in more than 100 countries. These countries have taken root and created hundreds of thousands of job opportunities for the locals."

The promotion of leaders and the hard work and dedication of Chinese experts have made Juncao go from one country to a hundred countries.

At present, Lin Zhanxi’s team has selected 48 species of Juncao and can produce 56 species of edible and medicinal fungi.

Moreover, Juncao can not only grow mushrooms to get rich, but also control wind and sand, raise cattle and sheep, and even be used for power generation and papermaking.

So far, China has organized 270 training programs at home and abroad, training tens of thousands of trainees, and disseminating and promoting Juncao technology in 18 languages.

Juncao successfully sowed the seeds of hope in the vast number of developing countries, changed the face of poverty in many families, and expanded industrial paths in many backward areas.

The picture shows the harvested Juncao Pleurotus ostreatus displayed by the masses of a Juncao cooperative in South Africa in April 2006.

Sunita Maru, a mushroom farmer in Fiji, earns more than 1,000 Fijian dollars through fungus growing mushrooms. The country has more than 500 hectares of fungus and grass planting, which is called "the new hope of island agriculture."

Motomello, a farmer in Lesotho, uses Juncao to raise cattle. He said Juncao grows very fast, the cow produces a lot of milk, and it can maintain water and soil.

He said that because of Juncao, he can pay for his children's school fees and provide jobs for his neighbors.

On April 18, 2020, Lin Zhanxi delivered a speech at the United Nations Headquarters in New York.

In KwaZulu-Natal Province, South Africa, Juncao projects are spread across many rural areas.

Governor Sihlai Chikarara quoted an old Chinese proverb to describe the value of Juncao’s technical assistance: “Teaching people to fish is only for one meal; teaching people how to fish is infinitely useful for life.”

Benefiting people's livelihood: the deepest empathy of the "Belt and Road Initiative"

"The common people under the world want to live a good life. This is the deepest empathy. We don't compare the amount of assistance, but more suitable technology to better solve the needs of the people's survival, life and development." Lin Zhanxi said.

This is exactly what Lin Zhanxi's team has experienced and practiced in the "Belt and Road" concept of benefiting people's livelihood over the years.

Building the "Belt and Road" together pursues development, advocates a win-win situation, and conveys hope.

Promoting high-quality joint construction of the “Belt and Road” is to enable more countries and people to obtain development opportunities and benefits.

General Secretary Xi Jinping has always regarded "benefiting people's livelihood" as an important principle of the "Belt and Road" construction.

In 2018, at the symposium on the 5th anniversary of advancing the construction of the “Belt and Road”, he emphasized that attention should be paid to the implementation of livelihood projects that can benefit the local people by sending charcoal in a desperate situation.

At the third “Belt and Road” construction forum a few days ago, General Secretary Xi Jinping once again urged participants and builders to jointly build the “Belt and Road”, and the number of projects directly reflected people’s livelihood needs.

"The people's livelihood project is an important way to quickly improve the public's sense of gain in building a country, and it has an immediate effect." General Secretary Xi Jinping emphasized, "Small and beautiful projects directly affect the people. In the future, small and beautiful projects will be the priority for foreign cooperation. We will strengthen overall planning, give full play to the role of foreign aid funds, and form more projects that are grounded and focused."

The words of the General Secretary greatly encouraged 78-year-old Professor Lin Zhanxi: “I hope that while I can still work, Juncao will become an important new and sustainable industry in the countries and regions along the “Belt and Road”.