Two Sudanese army officers were killed today, Saturday, in military clashes with Ethiopian forces on the border, according to a military source. The source added to Anadolu Agency, preferring not to reveal his name, that the clashes also resulted in the killing of Sudanese soldiers. 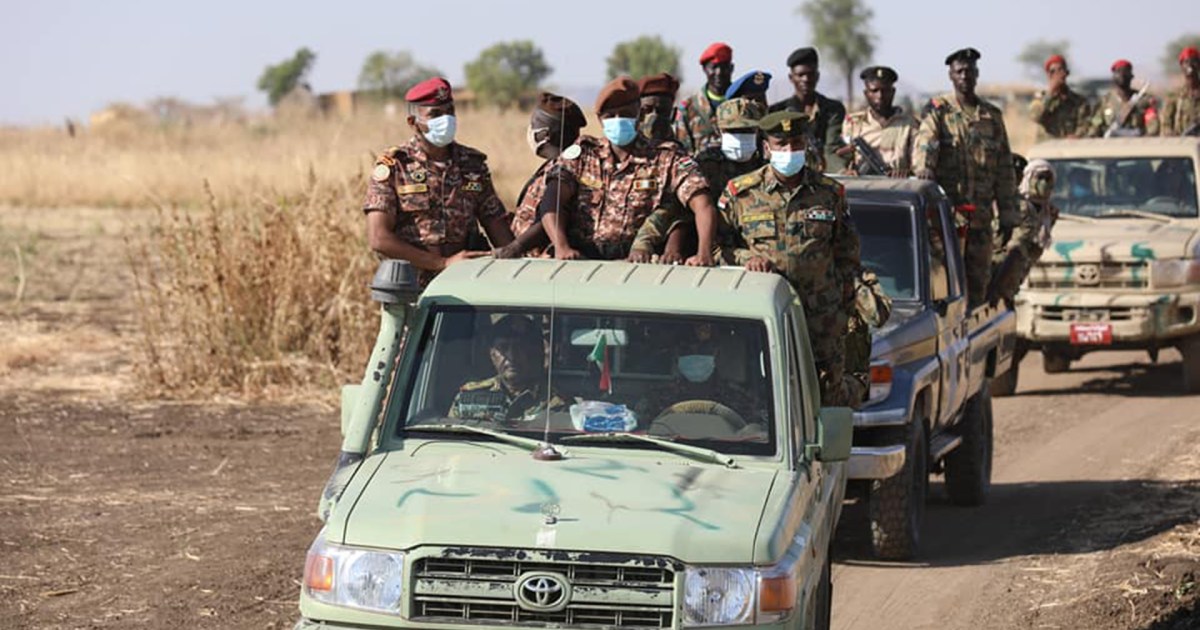 Today, Saturday, two Sudanese army officers were killed in military clashes with Ethiopian forces on the borders of the two countries, according to a military source.

The Sudanese military source told Anatolia, "Two officers with the rank of major and a first lieutenant in the Sudanese army were martyred in a clash with Ethiopian forces in the Al-Fashqa border area with Ethiopia."

The source added - preferring not to be named - that the clashes also resulted in the killing of Sudanese soldiers (without specifying their number) in an incursion by Ethiopian forces into Sudanese territory.

A Sudanese military source had informed Al Jazeera of the outbreak of clashes between the Sudanese and Ethiopian forces in the border area of ​​Melkamo, at a time when Ethiopia is fighting a war against the Tigray People's Liberation Front.

Director of Al Jazeera's office in Ethiopia, Mohamed Taha Tawakul, said that the past period witnessed Ethiopian criticism of the crossing of what Addis Ababa considers "terrorist groups" across the Sudanese border to the Benishangul region.

For its part, the private news website Sudan Tribune said that the Sudanese army repelled an attack on the eastern border carried out by Ethiopian forces and Amhara militias, at dawn today, Saturday.

The website, citing unnamed military sources, stated that the Sudanese army responded to the incursion of Ethiopian forces and Amhara militias into Sudanese territory.

The website indicated that the new Ethiopian incursion aimed to achieve two things: the first is to support the major farmers of Amhara who are working to harvest about 10,000 acres planted inside Sudan, and the second is to block the way for the Tigray Liberation Front forces that have been fighting the Ethiopian government forces for nearly a year on the Ethiopian Bahir Dar region.

Neither the Sudanese nor the Ethiopian authorities commented on what the sources said.

The area of ​​Al-Fashqa is about two million acres, and extends for a distance of 168 km with the Ethiopian border out of the total border distance of Gedaref State with Ethiopia, which is about 265 km.

Last December, the Sudanese army imposed its control over the lands of Al-Fashqa, after it had been seized for a quarter of a century by what Khartoum said were "Ethiopian gangs", while Addis Ababa accuses Sudan of controlling Ethiopian lands, which Khartoum denies.

On August 16, the head of the Sudanese Sovereignty Council, Abdel Fattah Al-Burhan, and Prime Minister Abdullah Hamdok, inaugurated the two bridges of Wad Koli and Aroud in Al-Fashqa, as part of the army's 67th anniversary celebrations.