Marketing desolate houses is a new way for sparsely populated municipalities to attract more residents, says rural researcher Josefina Syssner. But in Tornedalen an anger was aroused when non-registered people in letters were urged to consider selling their houses. - We who have a family farm here - is it our duty to provide housing ?, says Björn Ylipää with a summer house in Lovikka. 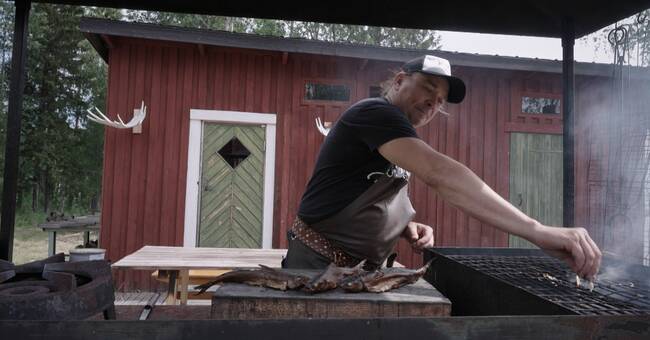 It is a locked position in the housing market in Tornedalen.

Although many houses are empty for large parts of the year, they want to sell, and it is difficult for those who want to buy a house to settle in the area.

- We hope to be able to contribute to a larger range of different types of housing and to prices going up, so that homeowners feel that it is a good deal to sell, she says in SVT's Not for sale.

Those who own properties in Tornedalen, but who live elsewhere, were urged in a letter from the municipalities to consider house sales to "enable further development".

One of those who took the call badly is Björn Ylipää.

As an emigrant from Tornedaling, he understands that the purpose was to make the sparsely populated area live, but he is not prepared to let go of the summer house in Lovikka in Pajala municipality.

- We who have moved from here feel ashamed of having left everyone else here.

Some people probably think we are traitors and the letter put pressure on those feelings, says Björn Ylipää.

- I can understand in retrospect that it was not pleasant reading for everyone.

Our idea was not to scare away those who love the countryside.

The letter was intended for those who have considered selling, but who have not recovered, says Anna Andersson, municipal director in Övertorneå.

Empty houses on the wallpaper

Tornedalen's municipalities are not alone in wanting to use seemingly abandoned houses to attract people to move in.

The method is on the agenda, according to Josefina Syssner, a rural researcher at Lidköping University.

Previously, the municipalities worked more with brand building and tourism development to arouse interest in a place.

- The initiatives come from having a community that you are proud of and want to develop.

At the same time, you see that there are many nice empty houses that someone should be interested in living in, says Josefina Syssner.

Do you want to know more about Tornedalen and the challenges in the housing market?

See the entire Not for sale on Sunday 28 November on SVT2 at 19:30 or already now on SVT Play.