L1: hooked by Nantes, Lille can not do it

The French champion does not succeed: frustrated by Nantes on Saturday (1-1), Lille has chained a sixth unsuccessful meeting in Ligue 1, even missing the penalty of victory at the end of the match, and continues ... 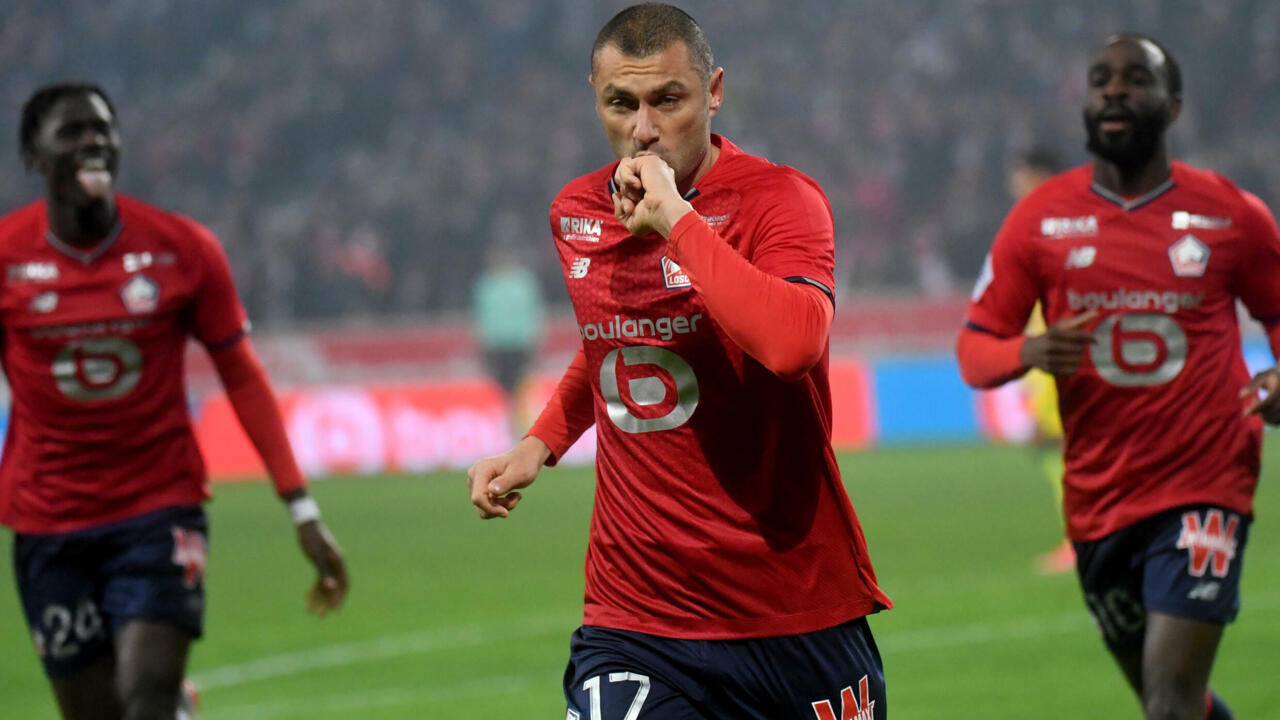 Le Losc had opened the scoring by Burak Yilmaz (9th), but Ludovic Blas was quick to equalize (24th) for attractive Nantes.

The Mastiffs, very mediocre in the game, especially in the first period, displayed a very worrying face just four days after a capital victory in the Champions League against Salzburg (1-0).

To complete a sad collective performance, the top scorer in the championship Jonathan David saw Nantes goalkeeper Alban Lafont stop his shot on a penalty awarded for a crude shirt pulling of defender Fabio, excluded on the occasion (78th).

Lille, which has not won in L1 since the beginning of October and has taken only four points in the last six matches, points to a disappointing 12th place with 18 units on the clock, just behind the Canaries (11th, 19 pts).

An evening to forget for Lille

The scenario of the match was nevertheless favorable to the Northerners: after a superb job on the left side, Jonathan Bamba centered back and Yilmaz lifted the ball before continuing with a beautiful half-volley (1-0, 9th).

The relief was then read on the face of the Turk, not successful this season and who had not scored in the league since September 10, an eternity for the striker who had carried the Losc to the league title last spring .

This goal woke up Nantes, which imposed a big pressing on the Mastiffs, like this breakthrough in the area of ​​Moses Simon, who stumbled on Ivo Grbic with a shot from the tip of the foot (17th).

The Canaries equalized on the following occasion: launched by Andrei Girotto, Blas got the better of Tiago Djalo before fixing José Fonte and placing a perfect shot at the post (1-1, 24th).

The yellow waves then swept over a hard-pressed Lille defense: Fabio found the post (30th), Randal Kolo Muani shot above (36th) then Djalo cleared in extremis in front of the Nantes striker (38th).

Back from the locker room, Losc finally raised its level of play, but fell on a solid Nantes team who continued their pressing, thus preventing Lille from putting their game down.

The Canaries also almost took the advantage against: Simon launched Pedro Chirivella in the box, but the Spaniard did not frame his shot (56th).

The Nantes goalkeeper was further illustrated shortly after by pushing back David's penalty following Fabio's fault.

An evening to forget for Losc, who will have a lot to do to regain victory on Wednesday on the lawn of Rennes, the team in shape of the moment.