Dismissal of the mayor, the state of the victims and criminal cases: how the situation around the state of emergency at the Listvyazhnaya mine is developing

The governor of the Kemerovo region, Sergei Tsivilev, said that the mayor of the city of Prokopyevsk, Vyacheslav Starchenko, was dismissed after a banquet in honor of his appointment. Presumably, the event took place during the mourning period imposed in connection with the state of emergency at the Listvyazhnaya mine, as a result of which 51 people died. Meanwhile, investigators have filed charges against five mine managers. Three of them are charged with violation of safety measures at industrial facilities, two of them are charged with negligence, resulting in the death of people. Against the background of the current situation, the regional Ministry of Emergency Situations announced that they would provide all the necessary assistance to the families of those killed in the accident in the mine. 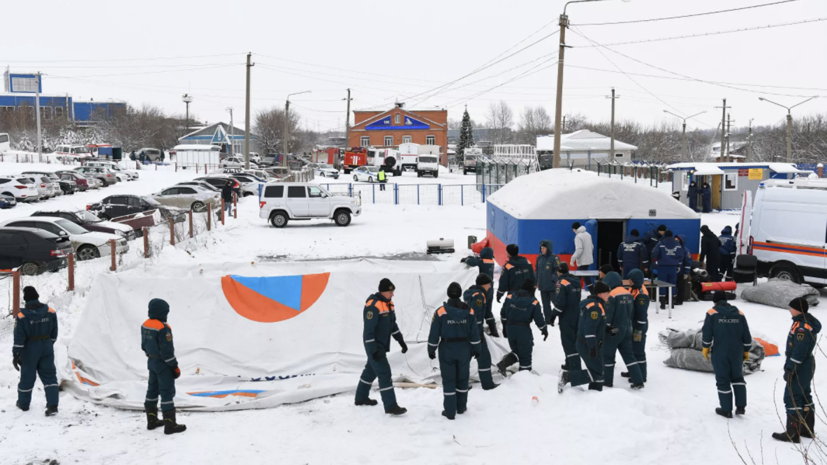 The mayor of the city of Prokopyevsk Vyacheslav Starchenko was dismissed after a banquet in honor of his appointment during the mourning period in connection with the state of emergency at the Listvyazhnaya mine.

According to the Governor of the Kemerovo Region Sergei Tsivilev, this happened “while the entire Kuzbass and the whole country were following the news from Listvyazhnaya with pain in their hearts, worrying about the miners and rescuers.

Tsivilev noted that he simply had no words to describe what happened.

“The people who were at that banquet, apparently, do not have a heart, since they could afford to celebrate and celebrate something at such a terrible and difficult moment for all of us,” concluded the head of the region.

At the same time, the dismissed mayor of Prokopyevsk, Starchenko, himself later said in an interview with the Izvestia newspaper that he was not present at the banquet on the day of the tragedy at the mine.

According to him, there were no solemn events in honor of the inauguration.

Starchenko also said that he intends to contact law enforcement agencies, as well as to meet with the head of the region to clarify the situation.

As a reminder, on November 25, an accident occurred in the Listvyazhnaya mine in Kuzbass.

As a result of the tragedy, 51 people died, including 46 miners and five mine rescuers.

Methane explosion is considered to be a preliminary cause of emergency at the mine.

In Kuzbass, a three-day mourning for the victims has been declared.

Six rescuers were nominated for the award, five of them - posthumously.

At the same time, one of the rescuers who had previously been declared dead was found alive.

According to data from the morning of November 27, the man's condition is assessed as consistently grave.

The doctors said that following the results of the telemedicine session, he would be transferred to Kemerovo.

The condition of other hospitalized after an emergency at the mine is stable, some are planned to be discharged next week, said Alexander Agalaryan, deputy chief physician of the Kuzbass Clinical Center for the Protection of Miners' Health.

“For the rest of our patients, the condition is also stable.

It is noted that most of the victims will be preparing for discharge in the near future.

Meanwhile, the miners' relatives spoke of repeated violations of safety at the mine.

The managers of the facility were detained, and a criminal case was opened.

According to the Investigative Committee, five defendants have already been charged.

"The Investigative Committee of Russia has brought charges against the director of the Listvyazhnaya mine in the Kemerovo region, Sergei Makhrakov, his first deputy, Andrei Molostov, head of the site, Sergei Gerasimenko, as well as chief state inspectors of the Belovsky territorial department of the Siberian department of Rostekhnadzor, Sergei Vinokurov and Vyacheslav," Semykin said. statement.

It is noted that Makhrakov, Molostov and Gerasimyonok are charged with committing a crime under Part 3 of Art.

217 of the Criminal Code of Russia (violation of industrial safety requirements for hazardous production facilities, resulting in the death of two or more persons by negligence), Vinokurov and Semykin - part 3 of Art.

293 of the Criminal Code of Russia (negligence, resulting in the death of two or more persons by negligence).

According to media reports, Makhrakov did not admit his guilt, Semykin was arrested for two months.

Helping the families of the dead rescuers

Acting head of the EMERCOM of Russia Alexander Chupriyan said that the department will provide all the necessary assistance to the families of the employees who died in the accident in the mine.

“You will not be thrown into the big family of the Ministry of Emergency Situations.

We will work with each family individually and resolve all emerging issues, including the education of children, ”he said at a meeting with the families of the deceased rescuers.

Also on russian.rt.com The SDS told about payments to the families of those killed and injured in an emergency in the Listvyazhnaya mine

Chupriyan added that the relatives will be paid the same compensation as the families of the dead miners.

“Your relatives were courageous people who chose this difficult profession.

Mine rescuers are the last hope of miners in trouble, ”he said.

"It is necessary that nothing like this happens in the future."

The day before, Vladimir Putin held an operational meeting with permanent members of the country's Security Council regarding the accident at the Listvyazhnaya mine.

The head of state expressed condolences to the families of the dead miners and honored their memory with a minute of silence.

The President instructed to do everything to support the victims at the mine in Kuzbass.

Putin noted that he is in constant contact with the governor of the Kemerovo region, Sergei Tsivilev.

In addition, the head of state drew attention to the fact that the reasons for such incidents are being clarified after the tragedy has occurred.

“It is necessary that nothing like this happens in the future, and this requires systematic work and control over previously made decisions,” the president stressed.