The important thing is victory: this cliché will take all its value on Saturday in Innsbruck for France's second group match in the Davis Cup against a favorite Great Britain. If they win, the ... 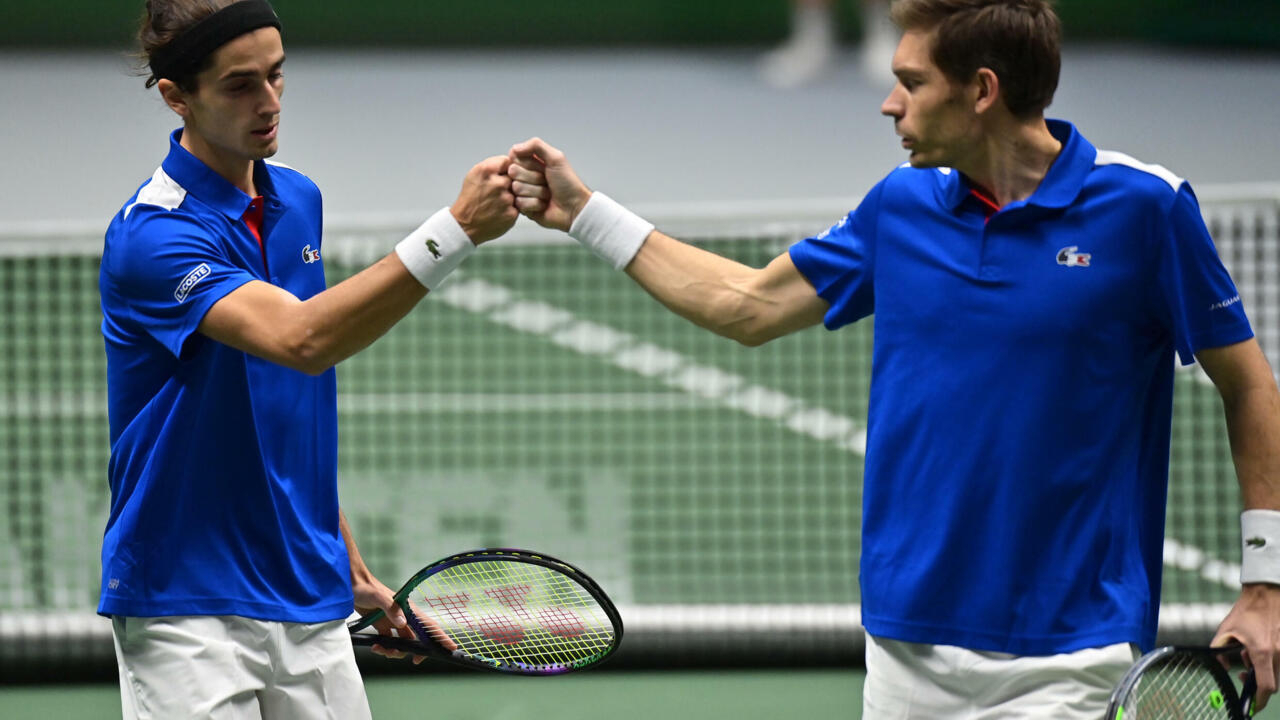 With a second victory, they would finish first in Group C and would therefore be qualified.

On the other hand, a defeat on top of the four sets lost against the Czech Republic would make the possible qualifying place for best second almost inaccessible.

"We have to recover, it was a big battle," French captain Sébastien Grosjean commented at around midnight on Thursday after his players narrowly snatched a 2-1 victory over the Czechs.

The captain of the France team, Sébastien Grosjean, congratulates Adrian Mannarino, after his victory against the Czech Jiri Vesely, which allows France to equalize (1-1) in their first group match in the Davis Cup, the 25 November 2021 in Innsbruck JOE KLAMAR AFP

Recover physically but also psychologically, since players and staff have already had to draw on reserves to defeat very catchy Czechs.

And above all, systematically return poorly embarked situations.

As soon as he entered the court, Adrian Mannarino knew he had no choice: Richard Gasquet having sunk against Tomas Machac, "Manna" was obliged to win for France to retain some hope.

And he himself almost succumbed to the pressure when it came to concluding the first set against Jiri Vesely.

He finally gave up the first set before regaining the upper hand.

Ditto for the Masters doubles winners Nicolas Mahut and Pierre-Hugues Herbert who also lost the first round before finally winning and winning.

"It was necessarily difficult to warm up on a first match like that, you have to take the temperature a little and I think the next match will be a little easier," said Mannarino.

"We have said a lot that we have to come back with a 3-0 against this Czech team, but I think we should not project too much on all of that. The important thing was to win the match. , he added.

On Saturday, a team of a whole new caliber will be on the other side of the net.

"The English are a little bit favorite, they are on paper a little stronger than us, but they are far from being out of reach. It will be complicated, but it will not be mission impossible either. We will have benchmarks. on the pitch and we will do better and better. I hope that will be enough. In any case, we will give everything, "Mannarino promised.

It is not the 143rd and 82nd Czech world that will have to be beaten but the 25th, Daniel Evans, and the 12th, Cameron Norrie.

And the British doubles team should be made up of Jo Salisbury and Neal Skupsky, respectively 3rd and 20th in the ATP doubles rankings.

So Grosjean is faced with a puzzle to designate his players: keep a Gasquet who has experience of major Davis Cup matches (he won the Silver Salad in 2017) but whose morale has been strongly affected, to play Mannarino, who for his second Davis Cup meeting was able to turn the game in his favor despite the pressure, or throw novice Arthur Rinderknech into battle?

Richard Gasquet against the Czech Tomas Machac for the entry of France in the group C of the Davis Cup in Innsbruck, November 25, 2021 JOE KLAMAR AFP

"The France team is very solid with a very good double and singles players who can turn. But we have two good players to oppose them. I hope we can play our best tennis and, the next day, repeat a good performance against the Czech Republic, "warned Skupsky, who clearly is already looking ahead.