Corona .. Anxiety is spreading due to the Omicron strain and the world isolates South Africa

Concern spread around the world quickly after the emergence of a new mutated from the Corona virus, which the World Health Organization classified as “worrying” and called it “Omicron”, and global stock markets recorded their sharpest declines in a year and more. 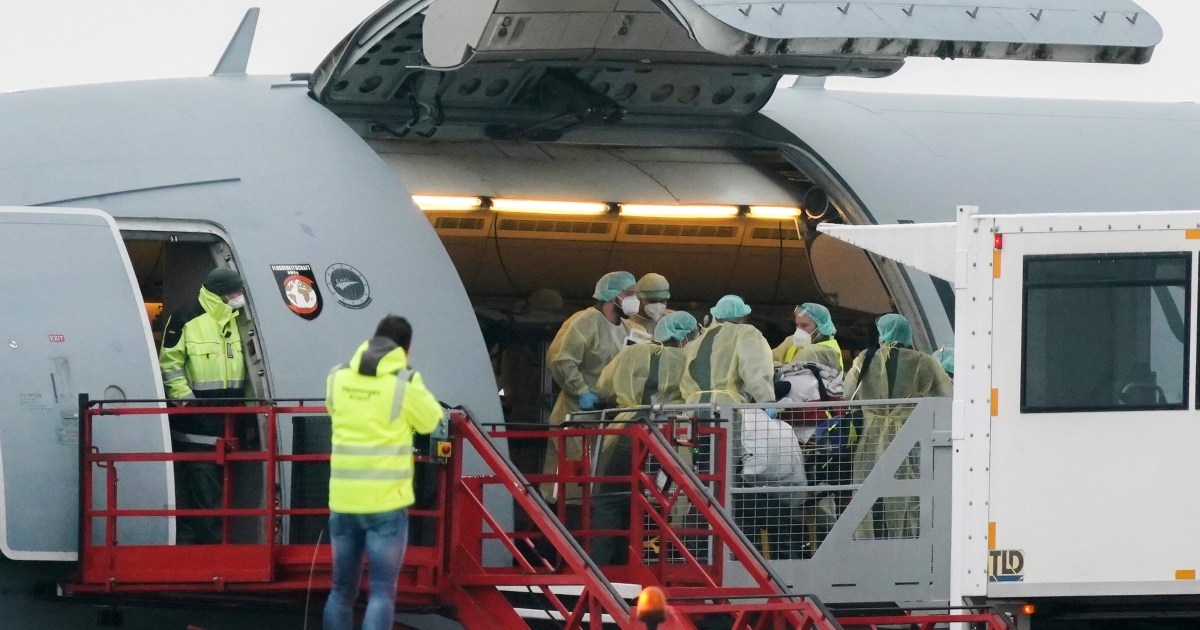 Concern spread across the world quickly after the emergence of a new mutated from the Corona virus, which the World Health Organization classified as “worrying” and called it the Greek letter “Omicron.” Stock markets on both sides of the Atlantic recorded their steepest declines for a year and more.

No new mutant has ever caused such concern globally since the emergence of the Delta mutant in India about a year ago.

In the Netherlands, authorities said they had isolated dozens of South African travelers due to fears of the Omicron strain.

She explained that she had conducted preliminary tests that showed that dozens of people may have contracted "Covid-19" among the approximately 600 passengers who arrived at Schiphol Airport in Amsterdam on Friday on two flights from South Africa.

In the latest developments as well, the World Trade Organization postponed at the last minute its first ministerial conference in 4 years, following the emergence of the Omicron dynasty.

After an emergency meeting held on Friday, the organization's 164 members agreed to postpone the 12th ministerial conference indefinitely in the wake of the Omicron outbreak "which prompted many governments to impose severe travel restrictions, which will prevent many ministers from going to Geneva," according to what announced by the organization.

Meanwhile, decisions continue to close the borders to travelers coming from countries in southern Africa after the detection of this strain, which experts fear may be more or faster than Delta, but the World Health Organization says that determining its danger and severity requires weeks of research and analysis.

Yesterday, the United States announced the closure of its borders to arrivals from 8 countries in southern Africa, and Saudi Arabia, the Emirates, Jordan and Morocco also announced the suspension of flights from several African countries.

Earlier, Britain, France and the Netherlands banned flights from South Africa and neighboring countries, and the European Union called on member states to do so despite the World Health Organization's recommendations not to impose travel restrictions at this stage before sufficient information is obtained about the new strain.

For its part, the South African government expressed its regret over the decisions of some countries to suspend flights with them and close the borders.

"Some of the reactions are unjustified," South African Health Minister Joe Vahla said at a press conference yesterday evening, adding that "some leaders are looking for a scapegoat to solve a global problem."

South Africa considered that the "strict" measures taken by several countries that affect the economy and tourism may push countries not to report the discovery of any new mutant for fear of similar punitive measures, she said.

"Our immediate concern is the damage these decisions will do to the tourism and business sectors," South African Foreign Minister Naledi Pandor said in a statement.