Cgia: the weight of taxes, companies will pay 27 billion to the tax authorities at the beginning of the week

The Studies Office of the CGIA of Mestre estimates that next Monday and Tuesday will be two very difficult days for Italian entrepreneurs: they will be called to face the heaviest tax deadline of the year 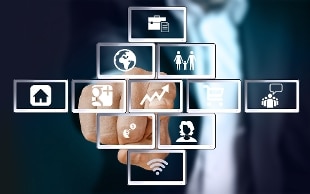 27 November 2021 Between the payment of the Ires, Irap, Irpef advances and the substitute tax for the flat-rate activities, the Cgia Studies Office estimates that companies will be required to pay 27 billion euros to the tax authorities (see table 1). Furthermore, in addition to these taxes, artisans, traders and self-employed workers will also have to pay their social security contributions to INPS. In fact, the deadline for payment of the second installment of the INPS contributions exceeding the minimum for artisans and traders expires by 30 November.

In practice, by Tuesday the State will collect an amount that is close to the economic dimension that will characterize the next budget maneuver which, the CGIA Studies Office recalls, amounts to about 30 billion.

The Studies Office of the Artisans and Small Businesses Association of Mestre estimates that, in the face of this situation, there will be cases in which it will be difficult to meet this deadline because the lack of liquidity is returning to be a nagging problem, especially for many small and micro enterprises. Furthermore

• Tax reform, CGIA in line with the Government

The political agreement reached in recent days on the tax cut, as required by the next budget law, was greeted positively by the CGIA. With 7 billion less Irpef and the reduction of one billion IRAP, the artisans of Mestre receive an answer in line with the position taken in recent months: the 8 billion reduction put into action by the government had to affect almost exclusively the personal income tax. Which it did. The CGIA still hopes, further, in the enabling law for a greater reduction in taxes, to bring the tax burden in Italy in line with the European average.

• Compared to 2020, the tax authorities on hand are 47 billion more

This year compared to 2020, the state will collect 47 billion more. A higher revenue due to the ongoing economic recovery. Despite the increase in total revenues, the tax burden is set to decline. If in 2020 with a fall in GDP of almost 9 percent it had risen to 42.8 percent (gross of the 100 euro measure), this year it drops by almost one point, settling, despite the significant increase in revenue in terms of absolute, at 41.9 per cent. Still according to the data presented in recent months by the Ministry of Economy and Finance with the Update of the DEF, the tax burden in 2022, on the other hand, will line up at 42 percent.

Analyzing the amounts that the tax authorities will collect by Tuesday, the most economically important deadline is that attributable to the payment of the

which, according to estimates, will cost companies 12.2 billion euros. The

, on the other hand, will take € 6.8 billion from the coffers of the companies, while the personal

will be just under € 6.7 billion. For the latter item it should be noted that part of the payment is paid by Irpef subjects who do not have a VAT number (ie employees or retirees) who have other income such as rents, different income, and more. Finally, by the

for self-employed workers on a flat-rate basis, the tax authorities will receive approximately 1.2 billion euros.

• What happens to those who do not pay by Tuesday

• December is also a very busy month on the fiscal front

December will also be a particularly busy month on the tax front for many entrepreneurs.

In fact, by December 16, companies will have to pay social security and welfare contributions and the Irpef withholdings of their employees and collaborators.

They will also have to pay the advance of the substitute tax on income from revaluation of the severance pay, the balance of the Imu on warehouses, offices, shops and VAT for the month of November, in the case of monthly taxpayers.

By Christmas, the thirteenth must be paid to their employees.