America urges its citizens to leave Ethiopia now.. Abi Ahmed vows to “bury the enemy,” and the United Nations warns of famine threatening the population in the north

The US embassy urged its citizens in Ethiopia to leave now, and as the fighting escalated, Prime Minister Abiy Ahmed vowed from the front line to "bury the enemy", while the United Nations warned of a famine threatening the population in the north. 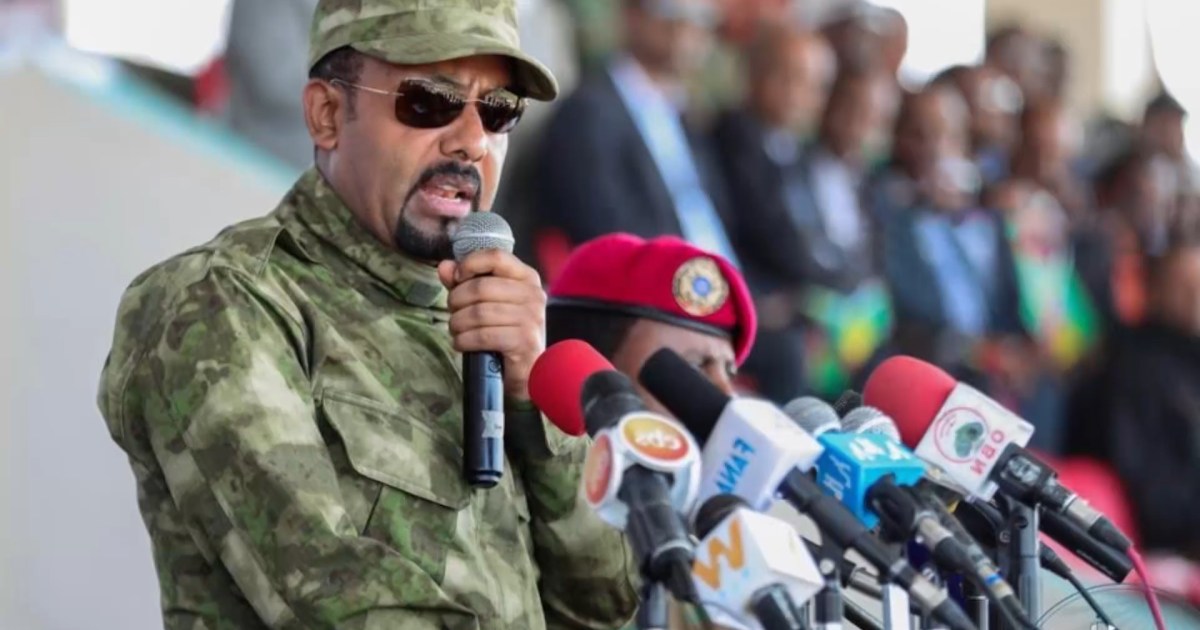 The US Embassy in Addis Ababa said that the security situation in Ethiopia continues to deteriorate.

As the battles escalated between the Ethiopian army and the Tigray Liberation Front, Prime Minister Abiy Ahmed vowed from the front line on Friday to "bury the enemy", while the United Nations warned of a famine threatening hundreds of thousands of residents in the regions of Tigray, Amhara and Afar in the north of the country.

Addis Ababa announced the restoration of the Jefra district of the Afar region, and the Burqa and Shifra regions on the borders between the Afar and Amhara regions, amid the advance of the forces in the Bati Kambolcha axis, while the battles raged on several fronts.

The forces of the Afar region in Ethiopia had said that, along with the government forces, they had completed their control of all the districts in the region, and expelled the militants of the Tigray Liberation Front from Kasa Geeta, their last stronghold in the Afar front, after violent battles that lasted about a week.

First appearance on the front

In his first appearance from the battlefronts in his military uniform, Prime Minister Abiy Ahmed said that the Ethiopian army had achieved what he described as major victories on the Tigray front.

In pictures published by Oromia TV, Abi Ahmed spoke in Oromia and Amharic, and said that they will continue to fight until the eradication of terrorism, as he put it.

The Ethiopian Prime Minister - who won the Nobel Peace Prize in 2019 - added, "Until we bury the enemy, until Ethiopia's independence is confirmed, we will not go off track. What we want to see is Ethiopia resilient while we die."

Abi Ahmed's interview was broadcast hours before the Ethiopian government announced new rules prohibiting the publication of developments in the war that were not announced by official channels, in a move that may carry sanctions against journalists.

The position of the Tigrayan forces

Tigrayan forces threaten to advance towards the capital, Addis Ababa, or try to cut off the road linking landlocked Ethiopia to the region's largest port in Djibouti.

Reda added that Abi Ahmed "did not benefit from the glimmer of hope for peace and declared his leadership of the battle himself."

The Front also announced the continuation of fighting on all fronts, appealing to the people of Afar region to get rid of the groups working for the government.

The spokesman pointed out that Mekele, the capital of Tigray, was subjected to air attacks, some of them by drones.

The war has caused significant humanitarian repercussions in Ethiopia, and in this context, the United Nations World Food Program said on Friday that the number of people in need of food assistance in northern Ethiopia has risen to more than 9 million, compared to about 7 million last September.

The United Nations added that the Amhara region witnessed the highest increase, with about 4 million people now in urgent need of humanitarian assistance as a result of the ongoing conflict.

Hundreds of thousands of people are at risk of starvation, while aid workers struggle to deliver urgent supplies to people in dire need in the regions of Tigray, Amhara and Afar.

The risk of malnutrition also increased in the three regions, where tests showed that between 16% and 28% of children suffer from malnutrition.

The United Nations Office for the Coordination of Humanitarian Affairs said late Thursday that the fighting had destroyed more than 500 health facilities in Amhara alone.

The roots of the conflict

These reforms included the removal of leaders in the army and intelligence from the people of the Tigray region, and the appointment of leaders from the Amhara and Oromo nationalities in their positions.

The crisis deepened after the elections scheduled for August 2020 were postponed due to the Corona pandemic, which plunged the country into a constitutional dispute.

The dispute between Addis Ababa and the Tigray Liberation Front intensified, and turned into an armed conflict since November 2020. After that, the Ethiopian army intervened in the region and the central government organized new elections to form a new local government.

And last June, the Tigray Liberation Front regained control of the provincial capital, Mekele, and the city witnessed celebrations for its supporters, while the government announced a ceasefire, but the situation has not known stability since then.