Violence against women: the French app "The Sorority" debuts in Morocco

Launched in France a year ago, The Sorority, an application against violence against women, made its debut in Morocco in early October 2021. A burst of hope for the very first users… 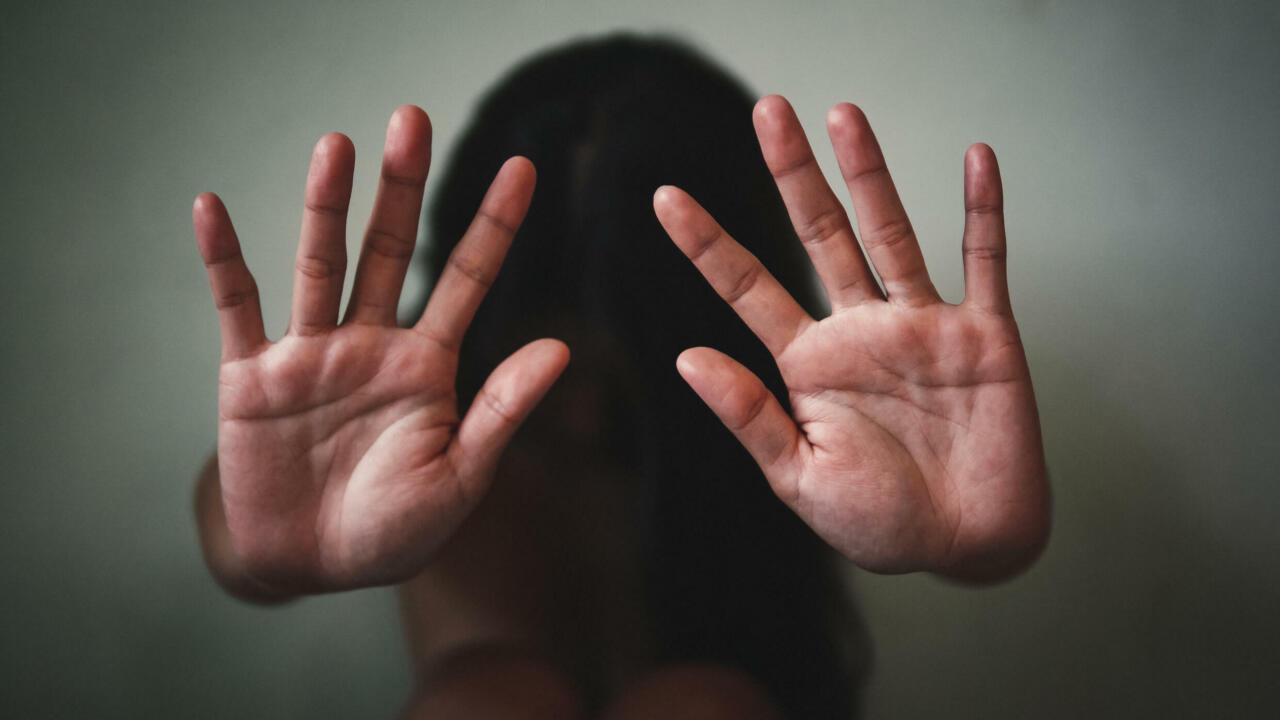 "If we manage to help women victims of violence in France, we can do it in all the countries of the world": this is the bet that pushed Priscillia Routier Trillard, a 34-year-old Parisian, to export her project from other side of the Mediterranean: The Sorority, an application that it launched in France in September 2020, has just made its debut in Morocco on October 16.

The Sorority invites women and gender minorities to come together in the face of all types of violence, in family privacy as in the street, or at work.

At the heart of the range of tools offered by the application, the signaling of an immediate danger.

An alert button sends a notification to nearby users, thanks to a geolocation system.

Instant messaging then allows the victim to communicate with other users, and obtain concrete help.

Or also moral support: The Sorority is a community, whose watchword is “benevolence”, continues Priscillia Routier Trillard.

Sarah *, 32, is one of the first Moroccan women to join the app.

From the age of 14, the teenager is confronted with regular harassment on the road which separates the school from the family home.

A boy physically attacks his little sister Amal *, 13 at the time.

These two Casablancaises grew up in the "Les Princesses" district, certainly upscale.

But in Morocco, you can be harassed "absolutely everywhere, and by any type of man," sighs Sarah.

Asma El Ouerkhaoui also did not hesitate to register on The Sorority as soon as it was launched in Morocco.

In Rabat, this 39-year-old computer scientist dresses as a tomboy.

"To wear a skirt would be to take too many risks. But we must not believe that a traditional outfit preserves male appetites: my veiled friends are also targeted."

Dress style is a fallacious instrument of female guilt, adds Sarah: “As soon as the abuser perceives that you are a woman, you are screwed.

It doesn't matter what surface of fabric covers you ”.

Graduated from the Faculty of Law of Bordeaux, she remembers never having felt such a "high degree of threat" when she lived far from her country: "We are confronted with a real social problem in Morocco. It is more than time to stop hiding our faces ".

At Sarah, as for all the interlocutors contacted by France 24, puberty was announced via harassment: "When you are Moroccan, you understand that you are no longer a child with the lustful gaze that certain men now throw at you. your father's age ".

Guilt of the victim

Sexual abuse filmed and broadcast on the web by the assailants, a string of incestuous cases hushed up by families, child rapes, a 96-year-old woman abused by a group of young people: in Morocco, the list of recent incidents of sexual assault is giddy.

The figures too: in 2019, a survey by the Moroccan Ministry of the Family revealed that more than one in two Moroccan women claim to have been the victim of sexual violence.

However, only 6% of them dare to file a complaint, and less than one in ten women victims of domestic violence end their marital relationship, according to another statistic published by the authorities.

All the people contacted by France 24 know women who have been raped or beaten by their spouses.

None agreed to speak even on condition of anonymity.

"The most conservative fringe of our society manages to instill in many of us the idea that a woman victim of rape - by her behavior or her outfit - deserves whatever happens to her at all."

Therefore, for most women, "talking about sexual abuse is the height of 'hchouma' (" shame "in Moroccan Arabic, Editor's note)", continues the young girl.

In the spring of 2020, Zainab herself initially believed that she would never manage to meet raped women.

“The victim support associations that I contacted took me for crazy,” she says.

They hide their first name or place of residence from him.

Thus was born the webseries #TaAnaMeToo ("#Moi also, I am MeToo").

Behind the anonymity of the animated format, four rape victims break the silence.

Zainab, too, has long hidden her traumas like a shameful wound.

Until this day, she had never dared to mention to a journalist the day when, in the yet lively district of Agdal in Rabat, a group of boys had surrounded her to force her to touch her.

She was not even 15 years old.

"By helping other women to share their pain, I soothed mine," says Zainab.

"If only I had had access to a tool like" The Sorority "in 2004", regrets Loubna Raïs, consultant in international development.

That year, one night, Loubna miraculously escaped an attempted rape and found herself alone in a town she didn't know.

With other activists from the Masaktach collective ("we will not be silent"), Loubna had long dreamed of developing a female mutual aid application.

Also, joining The Sorority has become obvious to this forty-something.

To date, Loubna is one of 117 Moroccan women who have downloaded it since October 16.

But only about forty have actually registered on the application, mainly between Rabat and Casablanca.

Users in Casablanca and its region, October 20, 2021 - capture from the geolocation system of "The Sorority" © THE SORORITY

Users in Rabat and its region, October 20, 2021 - capture from the geolocation system of "The Sorority" © THE SORORITY

Morocco certainly enjoys relatively developed Internet access, and 75% of Moroccans own a smartphone.

But with a monthly minimum wage of 2,829 dirhams (271 euros) and Internet top-ups at 10 dirhams (1 euro) per gigabyte, what percentage of the population can afford the luxury of a connected application?

That's the question asked by Raw, Instagram creator of “Sobisate.tv” - a community dedicated to feminist and gender minorities in North Africa.

"Let us not forget either that this is a French-speaking application. Which therefore does not reach exclusively Arabic-speaking or illiterate circles, the majority in our country," adds Raw, herself registered on The Sorority.

A society in need of sorority?

In January 2021, the dancer Maya Dbaich mocked and insulted some rape victims who "had looked for it" in some cases, according to her.

Last September, the sexual assault of a young woman in the middle of the street in Tangier (northern Morocco) by a 15-year-old boy - who had shared the video on the web - gave rise to an ubiquitous interview on ChoufTV.

We saw a neighbor of the aggressor take his defense and incriminate the young girl.

Blaming the victim is a common phenomenon in the Shereefian Kingdom.

That women lend themselves to it attracts Moroccan media attention, and arouses the ire of feminist spheres.

But we must avoid falling into the simplistic trap which consists in considering "the woman as the worst enemy of the woman", says Sarah.

"That this 'second rape' in the media is the act of women can be outraged. But this is explained", continues the young woman.

"The society in which we live instills in everyone - men and women alike - that the latter are at fault. And the dominated party has internalized this conditioning so much that they end up making it their own."

At the end of the race, these controversies take our gaze away from the original problem, concludes the young Moroccan: "Patriarchal thought, which maintains the brutality which women continue to be subjected to every day here".

"The picture remains gloomy and yet a new wind is blowing in Morocco," said Zaïnab Aboulfaraj.

"Formerly restrained, Moroccan youth are equipped with a weapon that their ancestors did not have the chance to have: social networks", rejoices the journalist, who decided to join The Sorority following her interview for France 24.

Many Instagram accounts such as Sobisate.Tv, No.hchouma or La vie d'une Marocaine have thus relayed hundreds of testimonies relating to the abuse suffered by women, girls and gender minorities in the Kingdom.

But it's not so much about sexual violence that these messages lift the veil.

This word denounces finally, and above all, the soil that feeds it: the denial of a part of the family universe and of the Moroccan state apparatus.

Patriarchal societies in general - and Moroccan in particular - instill a belief in us: that other women are first and foremost our rivals, philosopher Sarah.

"But The Sorority is a revolution in Morocco, because it reveals to us that this is not true".

The application community organizes sessions to prepare registrants for situations of aggression, during which some activate a false alarm.

During one of these tests, some users had not had time to inquire about the fictitiousness of the alert issued that day by Sarah.

They all immediately contacted her, getting ready to take the road to put her out of danger.

"I understood that the sorority could lead women to travel for miles, to rescue a complete stranger," Sarah concludes.

"This moment filled me with new strength."