Tim, CEO Gubitosi: ready to step back for a peaceful examination of Kkr's proposal

The Minister for Technological Innovation, Colao: to preserve the country's security and infrastructure, the Government is following developments &nbsp; 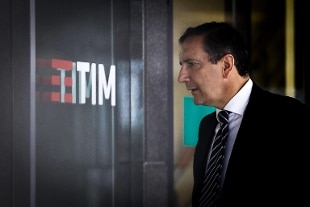 25 November 2021 The Italian government is in the field in relation to the proposed takeover bid by Kkr against Tim. Vittorio Colao, Minister for Technological Innovation, on the sidelines of the EU Competitiveness Council meeting in Brussels, answering a question about the offer of the Americans of Kkr said: "There are no comments on current market situations, the Government follows" developments of the Tim affair "and obviously we are very interested in preserving the security of the country and the good development of infrastructures".

Colao explained how the Government is careful to maintain competition and how the EU doubts about vertically integrated operators and the single network will be taken into account: "This Government has always said that we want to maintain competition and investment in new technologies and guarantee , to all Italians and all Italians, wherever they are, excellent connections in fiber and 5G ". He also added, answering a question about infrastructural competition in the telecommunications sector and the doubts of Brussels on the single network that "the European Commission has always reiterated that vertically integrated operators are not seen as pro-competitive, obviously we will take this into account". A vertically integrated operator is one who sells telephone services and controls the network, as Tim does today.

, which concerns both chips and cloud: "Strategic autonomy is a very important European ambition that extends to all sectors, especially the most advanced technology, let's think about the problem that there is on the chips, but also to all the opportunities that will arise, such as artificial intelligence and cloud services, a problem that goes far beyond specific events "such as the takeover bid on Tim by the Americans of Kkr. Furthermore, "Italy supports the

"proposed by the European Commission to" re-establish the rules for the digital world that guarantee fairness and contestability of the markets. We have reached a good compromise, but now it is important that these rules are not diluted. "

Recovery, tenders for fiber and 5G start in early 2022

Minister Colao clarified that: "With Paolo Gentiloni we will talk about the Recovery fund and the first results achieved that are beginning to be seen and also about all the challenges and obstacles that we will have to be able to respect the times and objectives that we have set ourselves. very ambitious ". "We have four short-term objectives: the first is to start the tenders for fiber and 5G, which we expect at the beginning of 2022, the second is to announce to the municipalities, schools and local authorities the methods and above all the amounts that will be available. , also here at the beginning of next year to digitize ". The other two objectives are to "launch the new healthcare data architecture" in order to develop telemedicine and why "Italians want to be able to take their health records from one Region to another ", and finally" launch the Plan for digital skills that I always mention last even if in the end it will be the most important thing for the long term ", he concluded the minister.

As regards the offer of the Kkr financial investment fund on Tim, the

underlined, during the press conference on the new Green Pass decree last night, the

priorities to be safeguarded

As for the Tim affair, the situation is in progress pending the decisions of the extraordinary BoD.