Murder in Prato, one of the two attackers stopped

It all started with a quarrel. There are still many points to be clarified 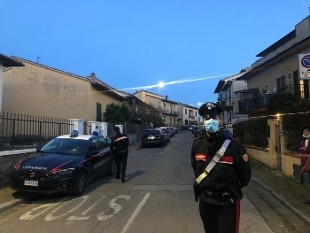 November 25, 2021 It would be a 35-year-old man, one of the two allegedly responsible for the death of Gianni Avvisato, 38, a former personal trainer and waiter. The man was killed yesterday with a gunshot in front of his house in Comeana, in the municipality of Carmignano, a hamlet of Prato. The man was arrested last night by the Carabinieri.

When questioned in front of his lawyers, the 35-year-old confirmed that he had participated in the dispute that would later lead to the murder. The man, however, would also have declared that he had not been the one to shoot and that he did not know that the other person, who was with him, was armed.

The Carabinieri traced back to him thanks to a witness who had written the registration number of the car with which two attackers would have fled after the crime in the street.

Now it's hunt for the second attacker.

From some indiscretions, where the conditional is a must, it would be a Florentine who had to be under house arrest.