Gimbe Foundation: cases on the rise for 5 weeks, the hospitalization curve rises

At the national level, as of 23 November, the employment rate was 8% in the medical area and 6% in the critical area. In 18 provinces over 150 cases per 100 thousand inhabitants. "Vaccine boosters are clearly delayed" by December 31st, over 22 million third doses should be administered, an average of over 600,000 doses per day 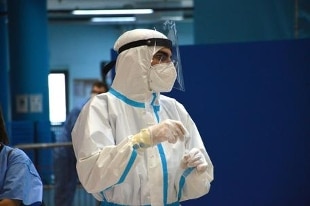 25 November 2021 For the fifth consecutive week the number of new weekly cases increased at national level (+ 27%) with a daily average more than quadrupled if we compare the 2,456 infections recorded on 15 October with the 9,866 recorded on 23 November. This was revealed by the monitoring of the Gimbe Foundation for the week 17-23 November 2021, compared to the previous one. The increase affects, with wide variations, all regions except Basilicata and drags up the curves on the hospital front: hospitalizations with symptoms grow by 15.8% (4,597 compared to 3,970) and intensive care by 16, 4% (560 vs 481).

At the national level, as of November 23, the employment rate was 8% in the medical area and 6% in the critical area, with significant regional differences: for the medical area, the 15% threshold is exceeded by the Autonomous Province of Bolzano (16 %) and Friuli-Venezia Giulia (18%) which with 14% exceeds even that of 10% for the critical area. "Daily admissions to intensive care - points out Marco Mosti, Operations Director of the Gimbe Foundation - continue to increase: the 7-day moving average went from 38 admissions / day the previous week to 48".

In 18 provinces over 150 cases per 100 thousand inhabitants

Vaccines, the first doses stable at 127 thousand in the last week

On the vaccination front, there are still over 7 million people not vaccinated, the monitoring notes. However, two groups that are worrying "move" too slowly: on the one hand 2.62 million over 50s at high risk of serious illness and hospitalization, on the other 1.2 million in the 12-19 age group that negatively affect the safety of schools. On the vaccine front, the first doses administered in the last week remain stable at 127,000. supplies of vaccines resume. There is a slight increase in the daily administration of boosters but, to cover people called to the third dose by 31 December, the rate should rise to over 600,000 administrations per day.

"The recalls are clearly delayed "

In Italy, the recalls "of the anti-Covid vaccine are" clearly delayed ", the booster doses that" by the end of the year affect 22.6 million people ". According to ministerial indications, the people who can receive the booster dose by the end of 2021 are a total of 27.3 million: 15.19 million over 60 who have completed the cycle with any vaccine by 3 August; 822,000 under 60 who received the Johnson & Johnson vaccine by 3 August; 11.28 million people aged 40 to 59 who completed their vaccination course with Pfizer, Moderna or AstraZeneca by 3 August.

Due to the unavailability of some data, these numbers could be underestimated on the one hand (they do not include healthcare personnel and RSA guests under 60), on the other hand overestimated (they include people recovered for less than 6 months and the deceased belonging to the categories mentioned above) .

Having said that, considering that 3.91 million booster doses and 764 thousand additional doses have already been administered to date, up to 22.62 million third doses should be administered by 31 December, equal to an average of over 610 thousand. doses per day.