Germany exceeds 100,000 deaths from covid since the start of the pandemic

More than 100,000 deaths from covid-19 and a new record for daily infections. Germany is going through its most violent wave since the start of the pandemic, the main challenge of ... 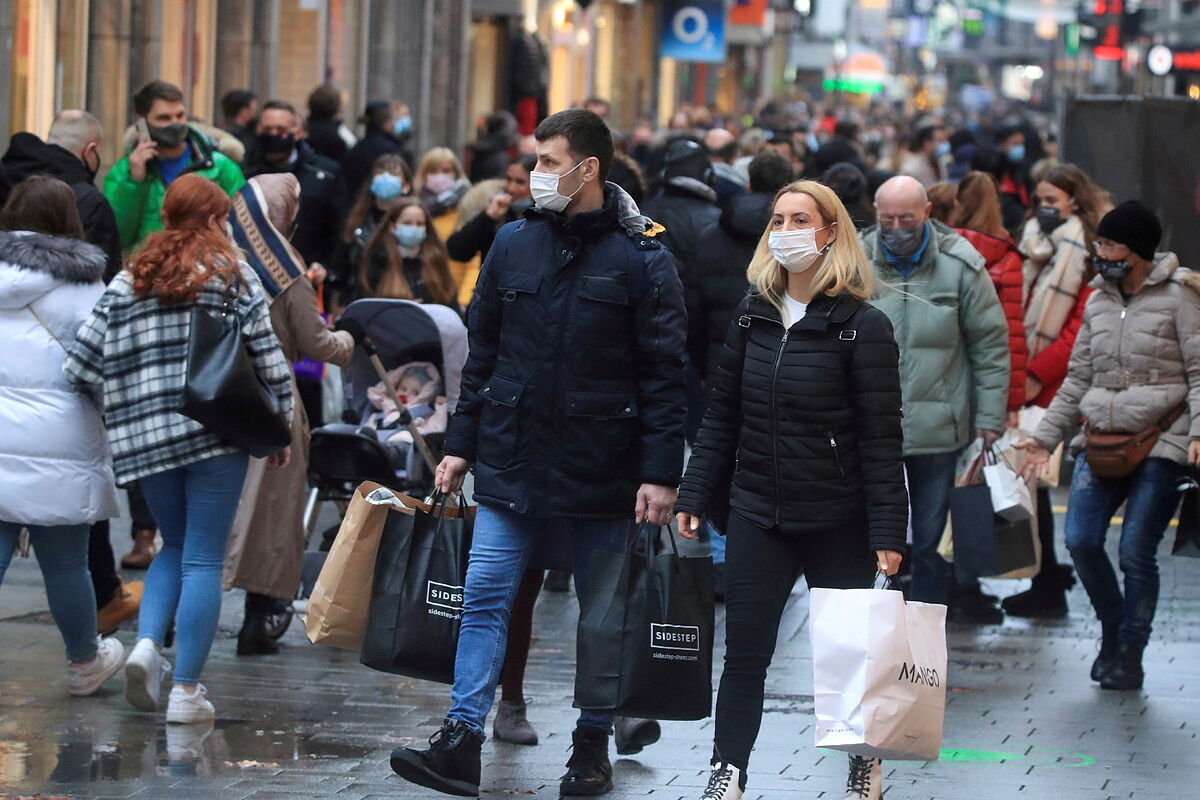 More than 100,000 deaths from covid-19 and a new record for daily infections.

through its most violent wave since the start of the pandemic, the main challenge for the new government preparing to take power.

In the last 24 hours, the country registered 351 new deaths, bringing the global since the arrival of the coronavirus to 110,119 deaths, according to data from the federal government's Robert Koch Institute.

This institution also reported 75,961 new infections, a new daily record for the leading economy in the euro zone.

The incidence also reaches a new record with 419.7 cases per 100,000 inhabitants in the last seven days.

The pandemic emerges as the main challenge for the new government coalition that must take the reins in December after the agreement announced between Social Democrats, Greens and Liberals.

The situation is serious,"

, who must become the future chancellor of Germany by taking over from the conservative

The outbreak extends throughout the European continent, currently the region of the world most affected by the pandemic with more than 2.5 million cases and almost 30,000 deaths in a week.

And the situation worsens, especially in countries with lower vaccination rates such as Germany or neighboring

where the government reintroduced population confinement.

In the German case, the percentage of the population completely vaccinated is around 69%, below other large European countries such as Spain, France or Italy.

Hospitals in certain regions are already facing "acute overload" that necessitates the transfer of patients, Gernot Marx, president of the German federation of intensive care physicians, warned on Monday.

For now, the future government coalition

discards the idea of ​​a national confinement

and is committed to the generalization of a health certificate in transport and access restrictions for the unvaccinated to certain places.

Scholz also indicated that Germany had to "study" a possible "extension" of the obligation to be vaccinated, currently in force in the

It also pledged to unlock € 1 billion ($ 1.12 billion) for healthcare personnel.

Merkel's outgoing government, in coalition with the Social Democrats, on Wednesday extended until April 2022 the aid granted to companies affected by the closures and falls in income due to the pandemic.

The institution attributes this European wave to the combination of the prevalence of the delta variant, insufficient coverage of vaccines and the relaxation of restrictions.

In the European Union, 67.7% of the population has received at least two doses of the vaccine, although the differences are notorious.

According to figures from Tuesday,

Europe must take "urgently" measures to try to stop this wave, warned the European Center for Disease Prevention and Control (ECDC), the EU health agency in charge of epidemics.

Several countries have already tightened their restrictions, although this has recently sparked protests in countries such as Austria, Belgium or the Netherlands, sometimes violent.

Pandemic The profile of the unvaccinated in Central Europe: fear of not having children and confidence in homeopathy

Pandemic Confinements for 'deniers', canceled parties and saturated hospitals: Europe acts in the face of the fourth wave