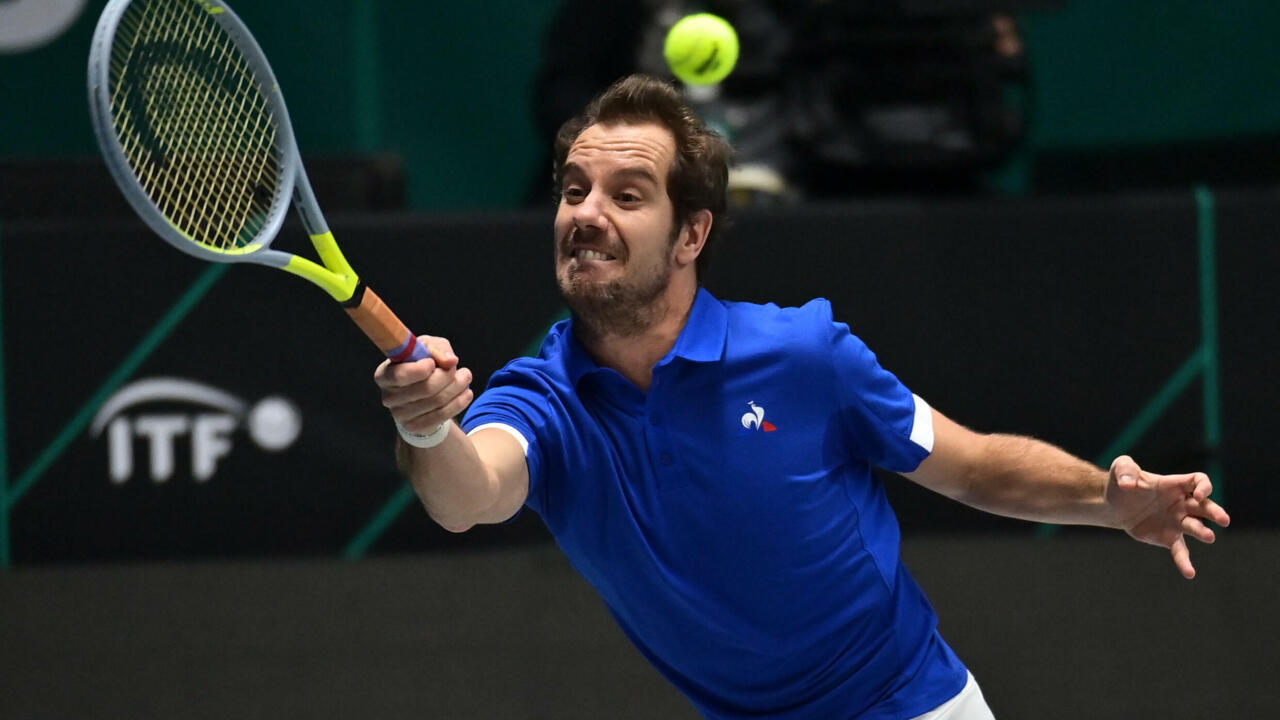 The second single of this meeting pitted in stride Adrian Mannarino (71st) to Jiri Vesely (82nd), before the double between the pairs Nicolas Mahut - Pierre-Hugues Herbert and Zdenek Kolar - Jiri Lehecka.

Great Britain, the third team in Group C, will compete against France on Saturday.

At 35, Gasquet appeared to physically collapse against a 21-year-old opponent who played his luck thoroughly.

"I can't take it anymore," he blurted out to his captain Sébastien Grosjean during a change of side in the middle of the second round.

The Frenchman made the first break in the first set before giving up his next face-off.

The two players arrived at the tie break, dominated by the Czech thanks to five unforced errors from Gasquet.

The match then completely shifted in favor of Machac, well helped by the mountain of unforced errors committed by Gasquet.

After 1h33 (including 56 minutes for the first leg), France was led 1-0 by the Czech Republic.