Church in Åmål robbed of copper - four weekends in a row

When the Church of Sweden's parish home in Åmål was to be renovated, both gutters and roofing sheets were stolen by copper thieves. Despite the fact that both the church and the contractor who handles the renovation have reported it to the police, all cases have been closed even before they end up with the local area police. "Unfortunately, this comes back too often," says municipal police officer Peter Torstensson. 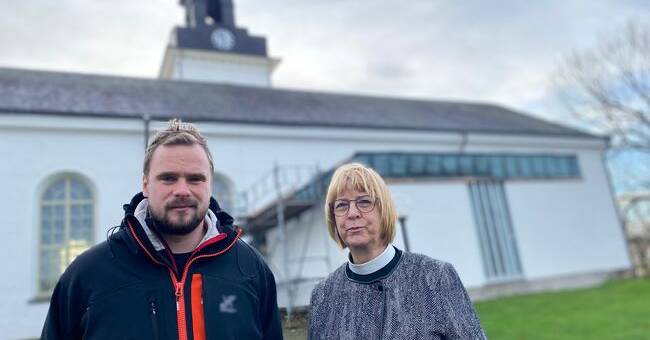 In the clip, we follow the pastor and property manager up to the roof.

It was at the end of October that an extensive roof renovation of Åmål's parish home was started.

But it was not long after the scaffolding came up before the church was greeted by copper thieves, something even the Provincial newspaper Dalsland wrote about.

For four weeks, copper was stolen every weekend from, among other things, a construction container, the chimney at the parish home and also from the sacristy.

The parish home has also been damaged by water, when the burglars on one occasion tore up roofing felt so that it rained.

In total, it is estimated that copper worth around SEK 170,000 has been stolen.

All thefts and vandalism have been reported to the police, but all reports were quickly dropped due to a lack of reconnaissance information.

The decision to close is already being made at the police's contact center, PKC, which is initially responsible for the investigation.

Then the local area police have not been informed that the burglaries have taken place, something that the municipal police Peter Torstensson is critical of.

- We must be made aware of and ordered out on this type of job.

This affects the already strained trust in the police and the judiciary in Dalsland, he says.

- I do not know the reasons why the decision was made.

What I can state is that the police have not been out of place.

Unfortunately, that happens too often.