"A failure of Boris Johnson": the drama of Calais revives Franco-British tensions

While twenty-seven migrants lost their lives on Wednesday in the sinking of a boat off Calais, this drama brings back on the table the question of cooperation between France and Great Britain and the failures of the migration policy in place. With the crisis meeting convened Thursday morning by Jean Castex, the time has come to find solutions to dismantle the smuggling networks. 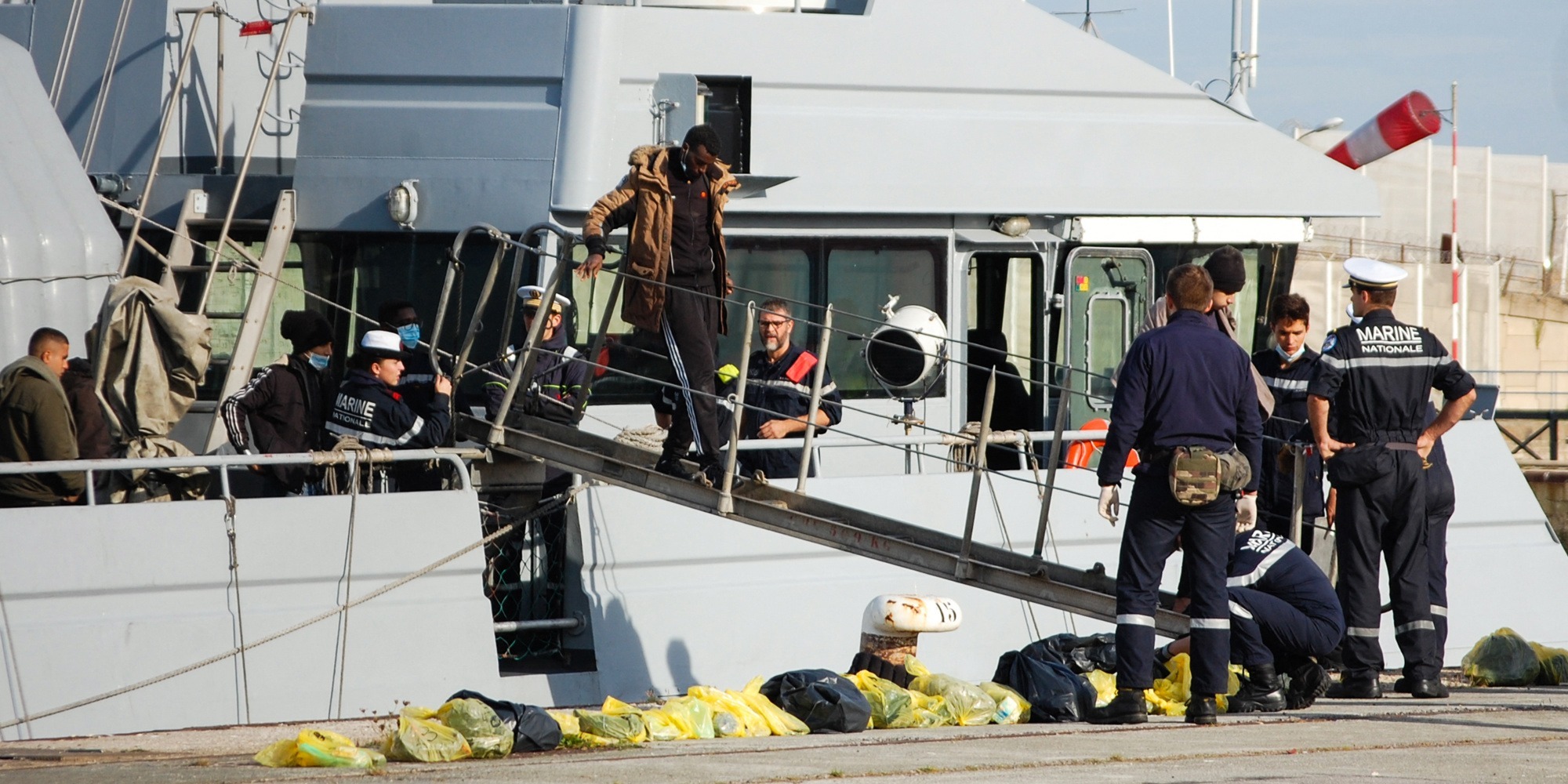 While twenty-seven migrants lost their lives on Wednesday in the sinking of a boat off Calais, this drama brings back on the table the question of cooperation between France and Great Britain and the failures of the migration policy in place. With the crisis meeting convened Thursday morning by Jean Castex, the time has come to find solutions to dismantle the smuggling networks.

Twenty-seven migrants died in the sinking of a boat off Calais on Wednesday as they tried to reach Britain. This tragedy, described as a "tragedy" by Prime Minister Jean Castex, is the deadliest since the flight in 2018 in migratory crossings through the Channel. But how to dismantle the networks of smugglers? This is precisely what is at stake in the crisis meeting convened on Thursday by the Prime Minister.

"France will not let the Channel become a cemetery", also affirmed Emmanuel Macron, asking for the "immediate reinforcement of the resources of the Frontex agency at the external borders" of the EU.

But in Great Britain, Boris Johnson accuses France of not fulfilling its part of the contract concerning migratory flows.

He is asking to step up measures to prevent crossings.

- Migrants: what response from the executive to the tragedy in Calais five months before the presidential election?

So far, efforts have not been sufficient, he says. This is a criticism that the United Kingdom has been making against France for several months. In September, London had even threatened not to pay promised financial aid of nearly 63 million euros if Paris did not strengthen its patrols. Boris Johnson also pleads for greater collaboration between the two countries on this subject. This is what he explained Wednesday evening, after an emergency meeting of his government. "It is time to work together and do everything in our power to break down these gangsters who are getting away with their murders," he said. The British Prime Minister proposes in particular to send officers to French beaches to help control departures.

This is also what defended the British MP for the constituency of Dover, who responded Wednesday evening to the British channel Sky News.

"People are safe in France and they need to stay safe in France. It means that we must ensure that there are more patrols on French beaches, that boats are encouraged to do so. U-turn closer to France, "she said, while since the start of the year, 22,000 migrants have managed to cross the Channel from the French coast to reach Dover.

- Migrants shipwrecked off Calais: "It could only happen!"

She also called for firm and rapid action to be taken with France in order to put an end to this "absolutely horrible" situation. “There is already an English presence in France and we have the French border police here in the UK. This system was put in place a number of years ago and it works very well. that this cooperation be deepened ", she continued.

But for Natacha Bouchart, the mayor of Calais, this appalling tragedy comes to settle a series of failures in the management of the migration crisis, in particular on the part of Great Britain.

"I thought I had seen a lot of things in terms of migratory difficulties, and no. It is the culmination of failures in relation to this migration policy. A failure of Boris Johnson, who forces our territory to undergo measures because he does not have the courage himself to choose for his territory ", she reproached.

"It is forcing Calaisians to still have to endure this human tragedy today, this human trafficking organized by smugglers. All of this must stop."