Therefore, wages risk being eaten up by inflation

On Thursday, the Riksbank will issue an interest rate announcement. Price increases in Sweden are now far above the indicative wage agreement in the labor market and the Riksbank's targets. But Sweden's largest union, the Union, believes that it is temporary and does not intend to demand any wage compensation. 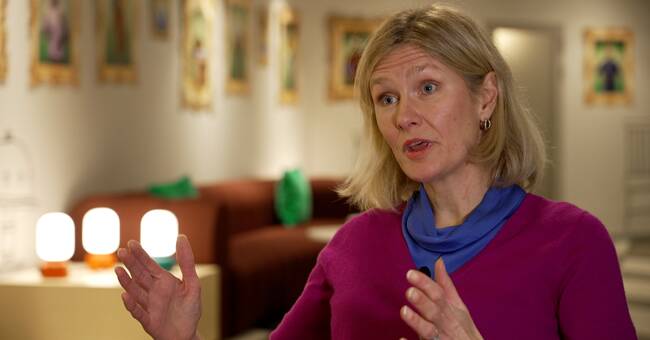 The pandemic has cost money.

Now the wallet is getting thinner for those who have to pay for the petrol, or have to buy fruit and vegetables.

The dream trip you have longed to go on, now that the pandemic has eased, has become more expensive.

The latest figure for October showed an annual rate of 3.1 percent.

Sweden's largest trade union with 700,000 members, the white-collar trade union Unionen, and its chief economist Katarina Lundahl, believe that these are short-term effects and trust that inflation will return to the Riksbank's target.

- We still believe that inflation will continue to be at two percent in the long run, says Katarina Lundahl to SVT News.

Wage agreements are based on the "brand"

Swedish wage agreements are based on the so-called "brand", ie the wage agreement in the export industry from November last year.

An agreement that provides an annual rate of wage increases of 2.23 percent until April 2023.

Something that inflation first undercut and gave employees what is called a real wage increase, ie more for the money.

But now that inflation has turned upside down, the opposite is happening - wage earners are getting poorer.

The Union's Katarina Lundahl believes that the union will not seek compensation for what she believes are temporary effects.

- It is the Riksbank's job to handle fluctuations in inflation, not ours.

We will continue to start from the inflation target when we negotiate wage increases.