Less than eight hours after her election in Parliament, the new Swedish Prime Minister, Magdalena Andersson, had to resign this Wednesday after the failure of her ... 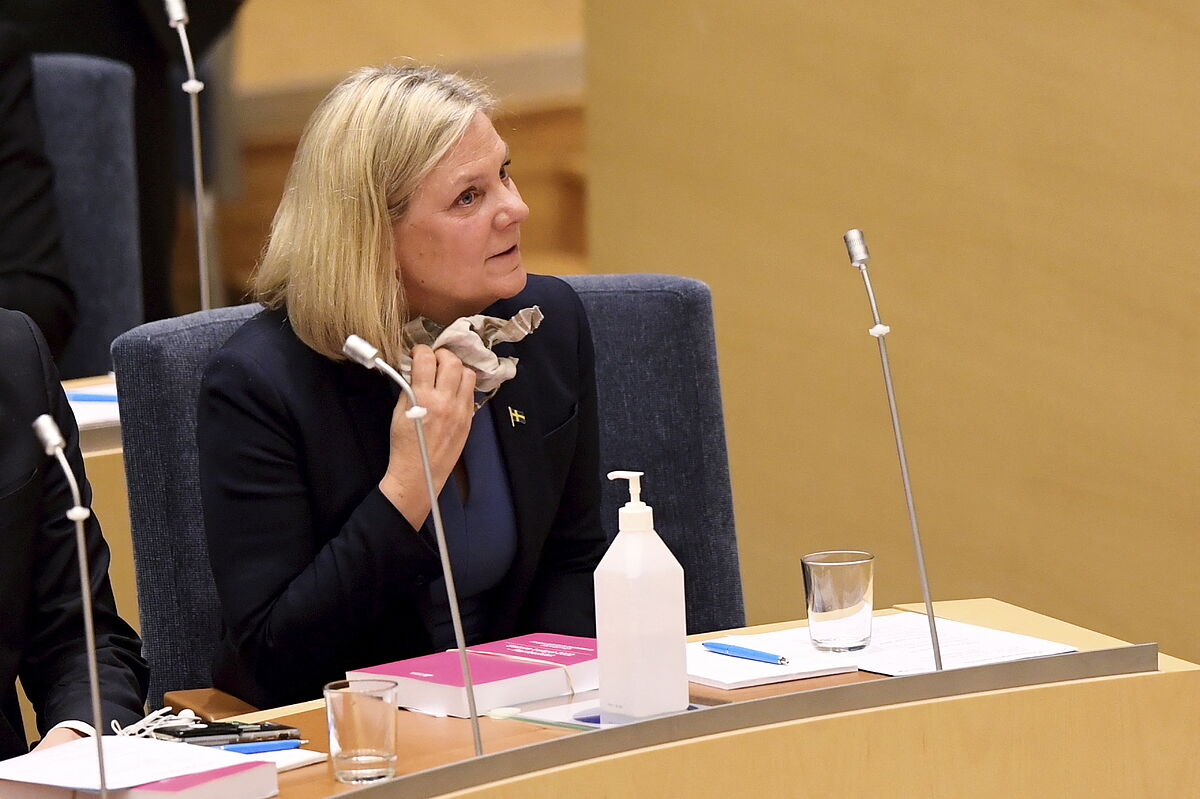 Less than eight hours after her election in Parliament, the new Swedish Prime Minister,

, had to resign on Wednesday after the failure of her budget and the withdrawal of her environmental allies from the government.

"There is a constitutional practice according to which a coalition government resigns when a party leaves. I do not want to lead a government whose legitimacy is in question," declared the Social Democratic leader, adding that she hopes to be re-elected in a future vote, reports Afp.

to head a minority government, made up of the left and environmentalists.

He was replacing Stefan Löfven, who left the post a few weeks ago.

Andersson, who had become the

, received 117 votes in favor, 174 against and 57 abstentions, thus fulfilling the condition established in the Swedish system to be prime minister: not having a majority of the House against, set at 175 seats. The Social Democratic leader had to face another vote in the House hours later on the next budgets in which she was not guaranteed a majority, so it was speculated that this

could force her to govern with the right-wing opposition.

However, after losing this second vote, Andersson has resigned.

Andersson's election was assured after closing an agreement last night with the Socialist Left Party, which includes an improvement to lower pensions and which

closed two weeks of negotiations since he received the order

to form a government.

Andersson had already been committed for weeks to abstention from the Centrist Party, with which he has had a pact since January 2019, although he risked that if he made too many concessions to the Socialists, the latter would withdraw his support.

, maintained her commitment but communicated that she was not going to support the government's budgets and pointed out that it is a "consequence" of the latter negotiating directly with the Socialist Left.

Until the general elections of 2018,

, which provoked in this legislature a pact of the Social Democrats with two center forces that has allowed it to govern since then. But both conservatives and Christian Democrats have modified their position and openly accept now to negotiate with the SD, although they assure that they will not include this force in a hypothetical government that came out of the next legislative elections in September 2022.

Andersson's coming to power was triggered by the unexpected resignation of his predecessor, Stefan Löfven, who unexpectedly announced in August that he would be stepping down from all positions to ease the future for his successor. Löfven, who headed a minority red-green executive since 2014, had become

at the end of June to

lose a vote of no confidence

, presented by the Socialist Left to stop a reform of the housing rental regime .

The withdrawal of the project by the centrists, however, paved the way for Löfven to be elected prime minister again a couple of weeks later.

Magdalena Andersson, 54, who is expected to present her new cabinet this Friday,

has been Minister of Finance since 2014

and one of the figures with the best image in the Government.

The Government launches a 'heating check' of 90 euros for vulnerable: "Let's hope it is ready in December"