After winning his first official match on the bench of FC Barcelona with a success (1-0) on Saturday against Espanyol in La Liga, Xavi can offer the knockout stages of the Champions League ... 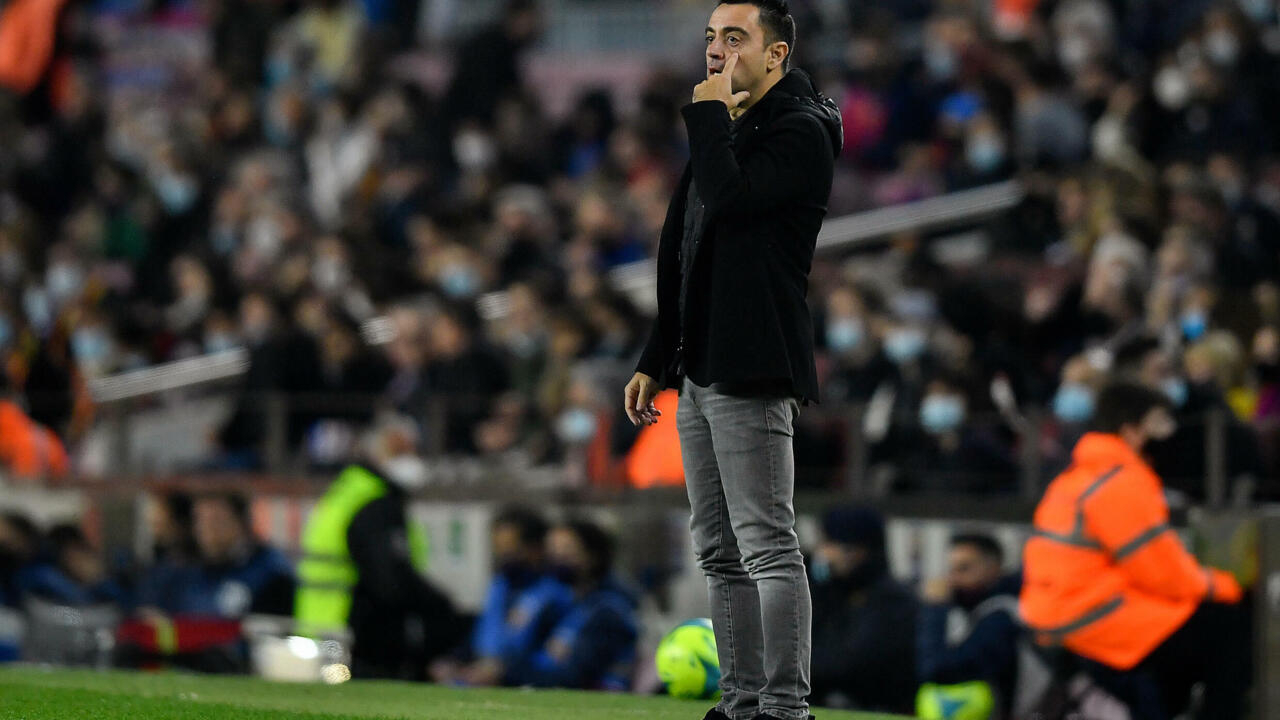 Fifteen days after his appointment at the head of the Catalan club, Xavi Hernandez can already make an impression: the Blaugrana legend, called to the rescue to replace Ronald Koeman (sacked at the end of October), can make people forget the big disappointment of going to Lisbon (defeat 3-0).

In case of victory, Barça will be guaranteed to play the round of 16.

Otherwise, everything will be played in the fortress of the Allianz Arena against Bayern Munich, already qualified, on the last day of the group stage, December 8.

Sunday, the day after the first success of the Xavi era, the Madrid and Catalan press were full of praise: "Xavi's Barça is already smiling" headlined Marca, Spain's best-selling newspaper.

"We can already appreciate the seal of Xavi on this team," summarized the Catalan daily Sport, while Mundo Deportivo spoke of "Talisman Xavi".

"Football, and much more"

"The arrival of Xavi brought a lot of hope, a lot of football, and much more. For an hour (Saturday), Barça shone at a great level, with good play, he pressed like no one else. has seen more in years and deserved the victory. We could not expect a miracle, but Xavi's claw is already visible, and we can see great progress. There is still a lot of work, but the way to go is clear, ”journalist Edu Polo summed up in an editorial for Mundo Deportivo on Sunday.

From now on, Xavi's objective will be to erase mistakes and transpose this virtuous atmosphere on the European scene, against the best teams on the continent.

Against Espanyol, we saw Barça enter their game full of spirit in a Camp Nou filled to three quarters.

But the Catalans then eased off late in the game, trembling under the multiple assaults of Espanyol, who were looking for an unexpected draw from their eternal neighbor rival.

"We can not deny our principles," said the new Blaugrana coach on Saturday after the success which allowed him to climb back into the top 6 and in the qualifying places for European competitions.

"We have to take more risks in attack. We have to go to the opposing camp, dominate, keep the ball. It's not a physical problem, it's a football problem. (...) This first victory gives us calm, serenity. We are building a new project. But Tuesday, it will be another battle. Another final ", warned Xavi.

For the moment, Barça is making one of the worst beginnings in the club's history in the Champions League, with two scathing defeats at the start (3-0 against Bayern Munich and Benfica).

And the morale of the Catalans has barely improved after the two short and sad 1-0 victories against Dynamo Kiev.

But this was all before Xavi.

Tuesday, the technician will have to compose without the injured Ansu Fati, Ousmane Dembélé, nor Pedri, crowned Golden Boy (best player under 21) by the Italian sports newspaper Tuttosport, Monday.

The new Barça coach is facing a dizzying abyss: Barça has always left the group stage since its non-qualification for the C1 in 2003-2004.

An eternity for the FC Barcelona institution.