New heat stroke between the British monarchy and the media: the royal family has left its usual reserve to accuse the BBC of "presenting as facts" unfounded information ... 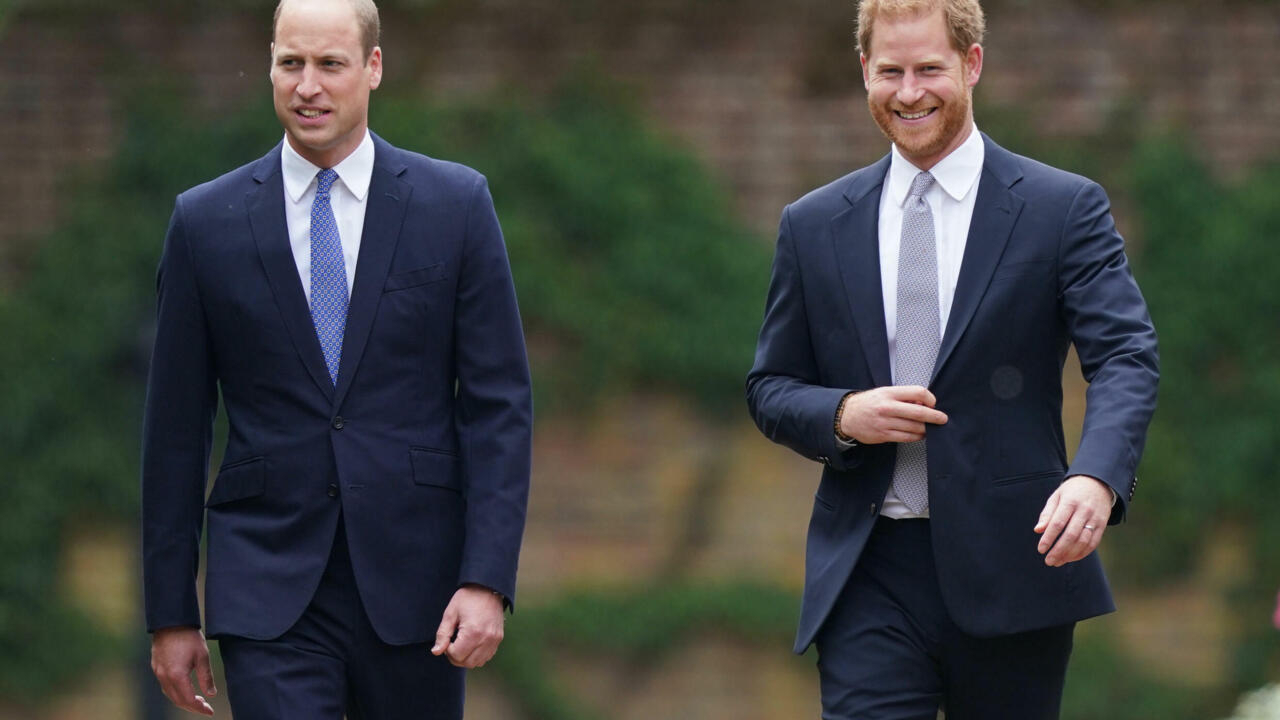 The public group aired on Monday evening the first episode of two of the documentary "The Princes and the Press", which focused on the report to the press of William, second in the order of succession to the crown, and his brother Harry, who has often denounced the media pressure on his family.

It deals in particular with the way in which the latter were able to use the media in their rivalries, an explosive subject in recent years.

According to newspapers, these films angered the royal family who were not associated with them and could not view them before their broadcast, leaving Queen Elizabeth II "upset" according to the tabloid The Sun.

The institution has reportedly threatened to cease all collaboration with the BBC for future projects.

At the end of the first installment, however, the royal family was able to exercise their right of reply, declaring that a "free, responsible and open press is of vital importance for a healthy democracy".

Prince William and Prince Harry at the unveiling of a statue of their mother, Princess Diana, at Sunken Garden at Kensington Palace, London, July 1, 2021 Dominic Lipinski POOL / AFP / Archives

"However, too often exaggerated and baseless claims from anonymous sources are presented as fact and it is disappointing that anyone, including the BBC, gives them credibility," Buckingham Palace and the Buckingham Palace jointly said. services of Princes Charles (Clarence House) and William (Kensington Palace).

Relations with the BBC remain poisoned by the broadcast over 25 years ago of an interview with Princess Diana, in which she claimed that there were "three people" in her marriage - in reference to the relationship Charles had. with Camilla Parker Bowles - and admitted to having an affair herself.

This bad memory was recently rekindled by the revelations concerning the way in which the journalist Martin Bashir had obtained this interview, with forged documents to deceive those close to Diana.

Beyond the BBC, it is with the press as a whole that the royal family has a complex relationship.

Harry, 37, has repeatedly denounced media pressure on his couple and made it the main reason for his withdrawal from the royal family, effective since April 2020.

He and his wife, Meghan Markle, have filed several lawsuits against the British tabloids.

They are awaiting in particular the judgment of the appeal trial which opposed them in early November to the Mail on Sunday, which the Duchess accuses of having infringed her privacy by disseminating a written letter to her father in 2018.

In "The Princes and the Press", a private investigator admits that the "ruthless" media of the 2000s were targeting Prince Harry in particular.

"As editors told me, Harry had become the new Diana," said Gavin Burrows, who apologized for helping "steal" the prince's teenage years by hacking his ex's phone. -Girlfriend to sell information to the late News of the World tabloid.

The mother of the two princes died in 1997 in a car accident in Paris while being pursued by paparazzi.

Even with the popular William, the press has not always been kind.

According to Tim Ewart, a journalist interviewed in the documentary, the media at one time had a certain "resentment" towards the Duke of Cambridge because he was not "playing the tacit game" of feeding them in exchange for cover. favorable.

Prince William and his wife Catherine at the Royal Variety Performance at the Royal Albert Hall in London on November 18, 2021 JUSTIN TALLIS AFP / Archives

He and his wife Kate "weren't as friendly as the media had hoped, so the press decided + Let's turn the tables and attack," he explains.

The backlash was not long in coming: according to a royal source quoted by The Sun, William "very clearly" forbade his teams to "brief" the press or divulge information about other members of the royal family .