A total of 24 provinces are on notice today due to snowfall, storms, wind and waves of the first winter storm

A total of 24 provinces will be on a yellow (risk) and orange (significant risk) warning this Tuesday due to snowfall, storms, wind and waves that the ... 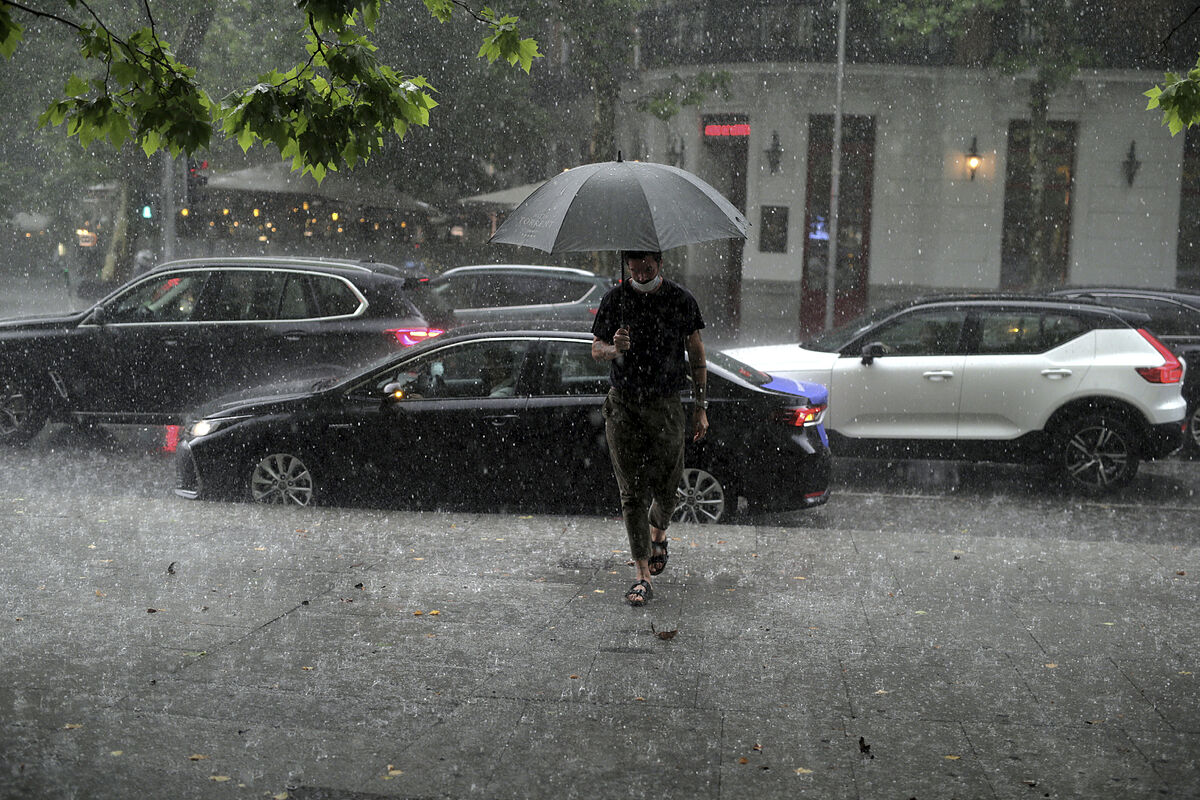 will be on a yellow (risk) and orange (important risk) warning this Tuesday due to snowfall, storms, wind and waves that bring the first winter storm, according to the prediction of the

will be on an orange warning for storms and waves, while

Guadalajara, Teruel, Zaragoza, La Rioja, Burgos and Soria will be

at this same risk level, but due to snowfall

The yellow warning for rains will also be active in different areas of Castellón, Valencia, Huesca, Teruel, Zaragoza and Lleida.

The wind will be the phenomenon that will have the coastline of Barcelona and Tarragona on yellow alert, while storms will affect Castellón, Valencia and Tarragona.

Regarding the swell, this will put Lugo, A Coruña, Almería, Asturias and Castellón at risk.

, locally strong or persistent in the north of the

, eastern Balearic Islands, around the Central and Iberian systems and the Ebro valley.

In addition, snowfalls of some importance are expected in the Cantabrian Mountains, Pyrenees, Iberian and Central systems, northeast of the South plateau and southeast of the North plateau.

The sky will be cloudy with weak rainfall in

, and in the southwest of the southern plateau and the north of

, cloudy intervals with some scattered showers are expected. In the south of

and southwest of Andalusia, the sky is slightly cloudy, and in the

, cloudy intervals, without ruling out a shower on the islands of greater relief.

will decline, although the maximum can go up in Galicia and minimum in northeastern Spain.

Few changes are expected in the archipelagos and generally weak frosts in mountain areas that will remain throughout the day in high areas of the Central system and the north of the Iberian system.

will blow strong from the northeast on the Galician coast, intervals of strong wind from the east on the Cantabrian and Catalan coasts and from the southwest in the Balearic Islands and the east of the Andalusian Mediterranean.

Wind is expected from the east or northeast in the rest of the north of the peninsula and from the west in the southern half, and a variable light wind in the Canary Islands.