Chile cheats, and a lot. If the direct result of the popular insurrection that broke out in October 2019 was the call for a constitutional reform led by the forces ... 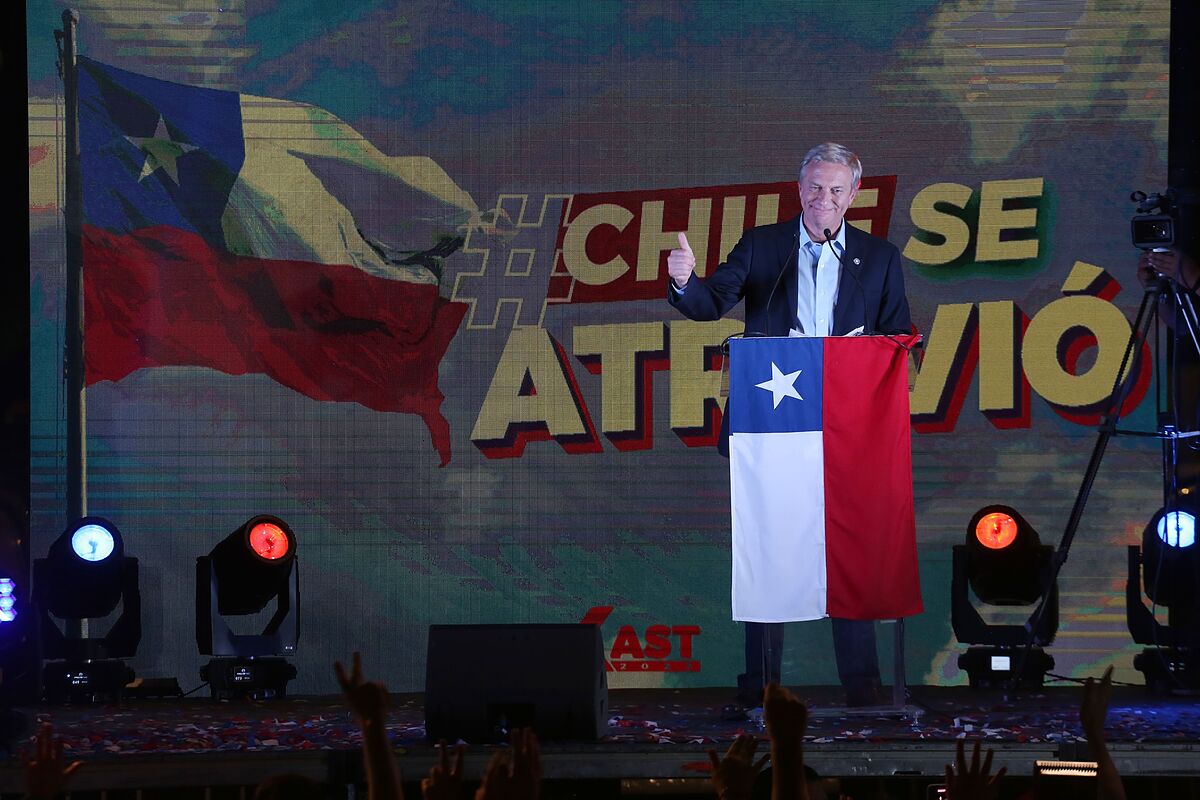 Chile cheats, and a lot. If the direct result of the popular insurrection that broke out in October 2019 was the call for a constitutional reform led by the left forces in a constituent convention chaired by a Mapuche leader, the presidential elections took another direction. José Antonio Kast, leader of the unapologetic conservative right, not only won the first round, but is also the favorite for

never, since the return of democracy with the 1989 elections, has a candidate remained second he managed to reach the Palacio de La Moneda.

His rival will be Gabriel Boric, leader of the hard left nucleated in the I Approve Dignity coalition.

In an election in which

only 47 percent of those eligible voted,

the big surprise was that of Franco Parisi, a man who has not been in Chile for years and campaigned on social networks from the US state of Alabama.

for the People's Party.

What does that party want?

Little State, less taxes and, when there is no clear answer, "digital democracy".

Balance in the Chambers

Both the Senate and the Chamber of Deputies show a balance between the left and right blocs after the election, a way to maintain the influence of the coalitions that for three decades dominated Chilean politics, and this time they were relegated. Sebastián Sichel, candidate of the ruling party of President

heir to that Concertación that governed with Patricio Aylwin, Eduardo Frei, Ricardo Lagos and Michelle Bachelet, was fifth with 11.6.

Thus, La Moneda will reach the hard left or the conservative right without complexes.

the political analyst Cristóbal Bellolio sharply synthesized the dilemma presented to Chileans in the second round.

The star of Sunday night was Kast, who in 2017 had obtained eight percent of the votes and was fourth.

is convinced that he will arrive at La Moneda,

and for that he appealed to a calm tone and to the hand extended to all, with the exception of Boric, the 35-year-old young candidate to whom he linked a and again to the Communist Party.

"For those who have made caricatures of me, I want to be very clear: we have convictions, but we have always respected people. We are not the ones who have generated polarization, we know how to listen and we know how to dialogue.

We will never use violence against someone who thinks different from us. Never, "

Kast assured in a calm speech and not a few smiles.

"It must also be said with all the letters: Gabriel Boric and the Communist Party want to pardon the gangs.

They meet with murderous terrorists. And they have never stood by the victims of terrorism and crime.

They want to continue advancing on the path of hatred, intolerance and destruction. That has to end, "he added immediately, revealing his strategy:

total polarization with Boric and seduction of the rest of the political spectrum.

Boric, who spoke after Kast did so, had to recalculate part of his speech after the seduction that the right-wing man deployed to all the bags of potential voters without a candidate on the ballot.

"We have been given a mandate and a responsibility that is tremendous: we have been entrusted to lead a dispute for democracy, for inclusion, for justice,

for respect for the dignity of all," said Boric.

"We must end the unfair system of the AFPs (private pension funds). And

we must decentralize Chile," he

added, before referring to the riots that began in 2019:

"We do not go out to the streets so that everything remains the same. he will win over fear ".

The sum of the numbers of the like-minded parties on the right gives Kast a certain advantage, but what is decided in the coming weeks does not go through mathematics.

"I am not going to vote for Boric, but neither will I vote for Kast if he is not capable of changing his program and opening up to social issues,"

"If you don't join, you will lose. If you remain intransigent, you will lose," threatened the center-left Marco Enríquez Ominami, sixth in the presidential election, to Boric, whom he supported.

In the Chamber of Deputies, the election of

in the country's history

And on the other side of the border, turbulence: Rafael Bielsa, former Argentine Foreign Minister and current ambassador to Chile, showed that diplomacy is not always his thing.

: "(He has had) all kinds of xenophobic expressions targeting Argentina, which I have filed, registered, read and studied."

Politics José Antonio Kast, the favorite rightist for the Presidency in Chile

ChileSpeak for more than 14 hours until the president falls