Åmål can build a slide - for 11 million

The swimming pool in Åmål is crumbling and three courses are closed due to the risk of injury. Now they are facing a renovation that can cost close to 50 million - of which 11 million is part of a controversial slide. 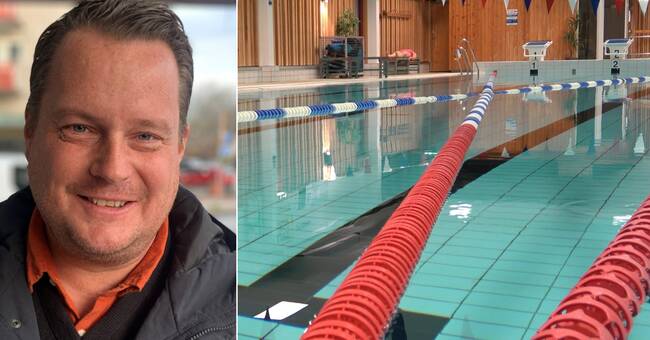 Half the swimming pool closed - check out the clip.

The swimming pool in Åmål has undergone several renovations since it was built in the mid-1970s.

Now they are facing another renovation;

that of the pools themselves.

From the beginning, the project was estimated to cost between SEK 15-20 million, but now the decision is facing a total of 47.5.

And that is the investment in a completely new slide if it splits politicians.

To make room for a new slide, an extension must be made, which would mean that the total for the slide lands at 11 million.

- We think it is wrong, the money can be spent on other things such as school, care and nursing, says Lars-Olof Ottosson (C)

The reason why you now need to carry out a renovation is that joints and tiles have dropped in the old pools.

When they had the pools examined, they did not dare to release the water because that is what makes the tiles remain.

According to the proposal, the new pools will be made of steel and they also want to replace the teaching pool, where it will be possible with both bubbles and water spray.

Åmål plans that the cost of 47.5 million for the landlord Åkab will be included via rent.

It will then increase from about four million to six million annually.

The council will make a decision on Tuesday.