On November 19, Xi Jinping, General Secretary of the CPC Central Committee, President of the State, and Chairman of the Central Military Commission attended the third "Belt and Road" construction seminar in Beijing and delivered an important speech.   In 2013, General Secretary Xi Jinping successively proposed major initiatives to build the Silk Road Economic Belt and the 21st Century Maritime 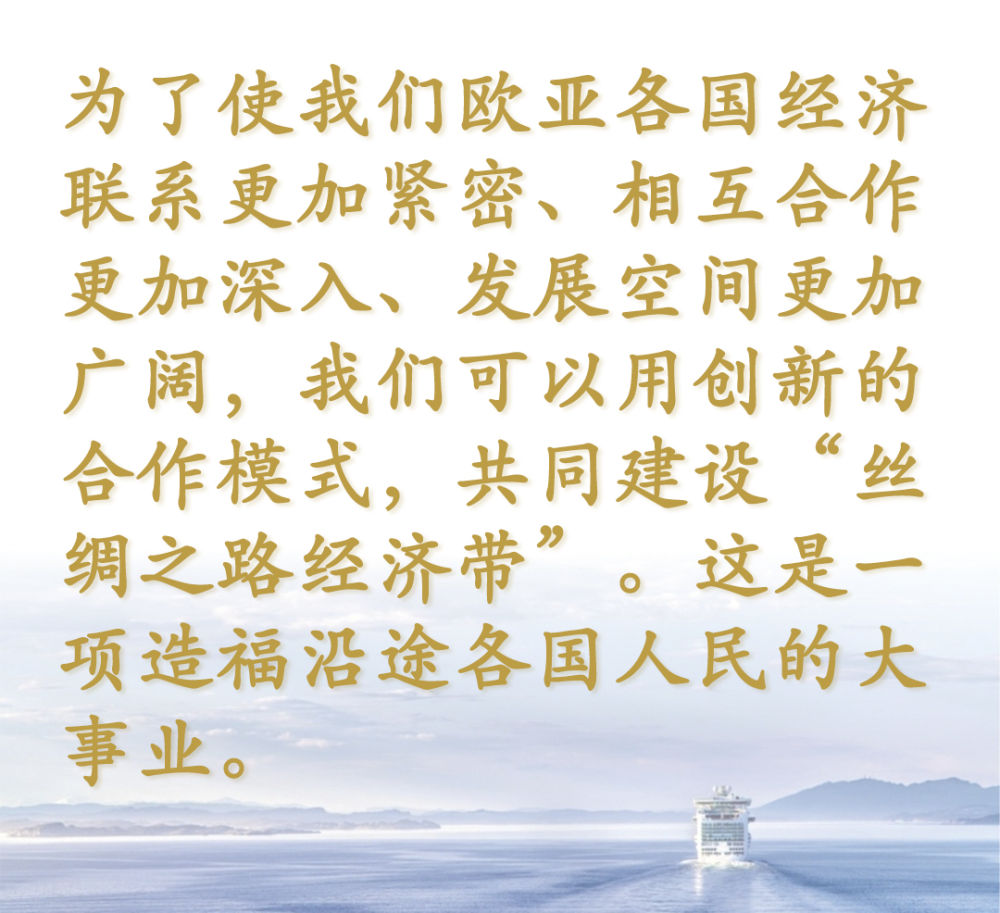 On November 19, Xi Jinping, General Secretary of the CPC Central Committee, President of the State, and Chairman of the Central Military Commission attended the third "Belt and Road" construction seminar in Beijing and delivered an important speech.

Under the personal planning, deployment and promotion of General Secretary Xi Jinping, the “Belt and Road” initiative, a major international cooperation initiative rooted in the deep soil of history and conforming to the general trend of the times, has gone deep and solidly, steadily and far-reaching, and has become a high-quality development. Promote the construction of an important practice platform for a community with a shared future for mankind, and open up a path of opportunity for all countries to achieve common prosperity.

↑On October 21, 2015, Xi Jinping attended and addressed the China-UK Business Summit held in the City of London.

↑On January 21, 2016, Xi Jinping delivered an important speech entitled "Jointly Create a Bright Future for China-Arab Relations" at the headquarters of the League of Arab States in Cairo.

↑On June 22, 2016, Xi Jinping delivered an important speech entitled "Joining Hands to Create New Glory on the Silk Road" at the Legislative Yuan of the Supreme Council of Uzbekistan in Tashkent.

↑On May 15, 2017, the "Belt and Road" International Cooperation Summit Forum held a round table summit at the Yanqi Lake International Conference Center in Beijing. Xi Jinping presided over the meeting and delivered a speech.

This is the noon of the same day, Xi Jinping took a group photo with participating leaders and heads of international organizations with the main building of the International Conference Center "Han and Tang Feiyang" as the background.

↑On August 27, 2018, Xi Jinping attended and delivered an important speech at the 5th anniversary symposium on promoting the construction of the "Belt and Road" at the Great Hall of the People in Beijing.

↑On April 26, 2019, Xi Jinping attended the opening ceremony of the second "Belt and Road" International Cooperation Summit Forum in Beijing, and delivered a keynote speech entitled "Working together to create a better future for the "Belt and Road".

This is Xi Jinping and the foreign leaders attending the opening ceremony simultaneously entering the venue.

This is a cordial conversation between Xi Jinping and local employee representatives, asking them about their work and life.

↑On the evening of November 10, 2020, Xi Jinping attended the 20th meeting of the Council of Heads of State of the Shanghai Cooperation Organization in Beijing by video and delivered an important speech.

↑On the morning of April 20, 2021, the opening ceremony of the Boao Forum for Asia 2021 Annual Conference was held in Boao, Hainan. Xi Jinping delivered a keynote speech entitled "Together in the Same Boat to Overcome the Difficulties, Destiny and Create the Future Together" in a video format.

China's initiative has benefited the world.

Today, the "Belt and Road" has become a historical opportunity for countries to take the express train of China's development and seek common development; it has become a path for China to solve the world's problems and join hands in coping with challenges.

↑On April 8, 2020, the China-Europe train from Xi'an to Barcelona is waiting to depart at Xinzhu Station in Xi'an.

As of the end of October 2021, the China-Europe express train has laid out 73 operating routes, reaching 175 cities in 23 European countries, and has operated more than 46,000 trains, becoming the "main artery" of international trade across the Eurasian continent.

↑This is the Lotus TV Tower in Colombo, Sri Lanka using drone aerial photography on April 10, 2019.

The Colombo Lotus TV Tower is an important cooperation project between China and Sri Lanka in the construction of the “Belt and Road” initiative.

The China-Laos Railway is a strategic docking project between China’s “One Belt One Road” initiative and Laos’ “turning a land-locked country into a land-union country”.

During the construction process, Chinese builders adhered to strict ecological standards. The lush vegetation and colorful flowers along the China-Laos Railway turned into a "green road".

↑The section from Mansehra to Takot, the second phase of Karakoram Highway in Pakistan, taken on July 28, 2020.

In July 2020, after 3 and a half years, the Karakoram Highway Phase II Upgrade Project (Hveliyan-Takot Section), a major transportation project of the China-Pakistan Economic Corridor, was opened to traffic. The travel time from Haveliyan to Takot was 5.5 hours. Reduced to 2 hours, the travel time from Leiket to Khunjerab Port was shortened from 14 hours to 6 hours, and the travel time and cargo transportation cost were greatly reduced, creating a creation for local residents who depended on agriculture and animal husbandry for generations. Jobs have been created, and local tourism resources have also been revitalized.

↑At 11:22 on December 20, 2019, my country successfully launched the China-Pakistan Earth Resources Satellite 04A with the Long March 4B carrier rocket at the Taiyuan Satellite Launch Center. This mission also carried China’s “South-South Cooperation” in response to climate change. Project-A gift of 8 satellites including the Ethiopian micro-satellite and the "Tianqin-1" technology test satellite.

↑On February 23, 2021, at the Cairo International Airport in Egypt, staff transported vaccines.

Since the outbreak of the epidemic, countries that have jointly built the “Belt and Road” have supported each other and forged a “bond of destiny” that unites to fight the epidemic and develop together.

my country has provided more than 1.7 billion doses of COVID-19 vaccine to more than 110 countries and international organizations, most of which are co-constructed "Belt and Road" countries.

Initiated the "Belt and Road" vaccine partnership initiative with more than 30 countries.

Over the past eight years, the “Belt and Road” initiative has grown from a Chinese initiative to a global practice.

Looking to the future, this road of peace, prosperity, openness, green road, innovation, and civilization will continue to become a new platform for improving global governance and provide stronger impetus and momentum for the building of a community with a shared future for mankind. More space.