No doubt they would sometimes like to have the qualities of their rival. Before meeting on Sunday (9:00 p.m.) for the top of the 14th day of L1, Lyon and Marseille face opp problems ... 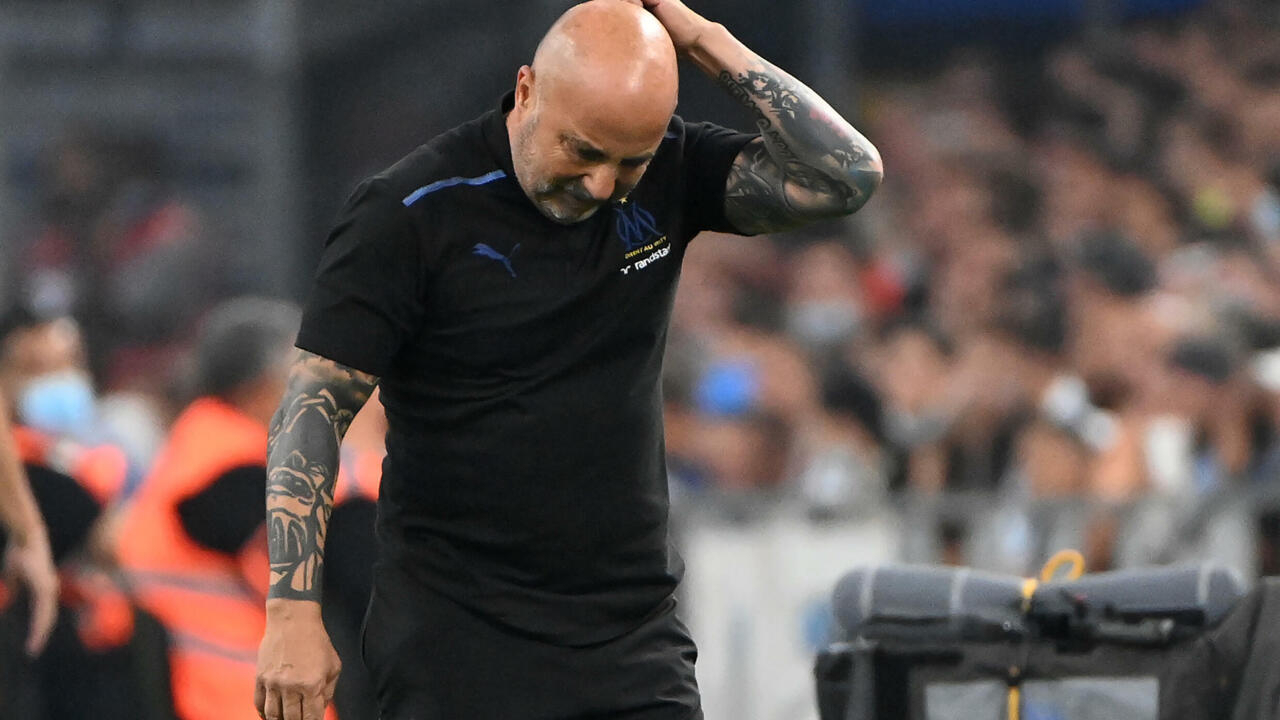 Peter Bosz and Jorge Sampaoli are two coaches appreciated by supporters, with confirmed game plans, but who today have to scratch their heads in the face of old weaknesses such as football: offensive ineffectiveness and defensive laxity.

In Marseille, the flaws at the start of the season have been erased.

The four goals conceded during the first two days could give rise to fear of an unbalanced team but Sampaoli was able to tighten the screws.

Dimitri Payet and his teammates thus come to Lyon with the second defense of the championship but only the 8th attack.

In all competitions, four of their last nine matches ended with a 0-0.

"When we review the matches on video, what we lack is the lack of accuracy, in the penultimate or the last gesture, at the finish", diagnosed Friday the Marseille playmaker, whose the duel with Lucas Paqueta makes your mouth water.

"The chances come at the same frequency as at the start of the season but we are a little less efficient. We have to be a little more killer," added Payet.

Sampaoli, he admits to being "in search of explanations".

"We score little with midfielders. We have Under (Sunday package, Editor's note) and Payet who score. Milik too, but he has just returned," he detailed.

"We always dominate and we sometimes have a lot of chances. But not scoring complicated enough. We all have to continue to work on the finish because we cannot depend only on a few major players, especially since we do not have them. not much, ”he added.

The Lyon defense is full of major players, all international in major selections, with the German Jerome Boateng, the Belgian Jason Denayer, the Italian Emerson or the French Léo Dubois, injured and absent on Sunday.

However, she takes the water with 21 goals conceded in L1, the 13th record among the elite, against 12 at OM.

And goalkeeper Anthony Lopes is the one who makes the most saves (52) in the championship, which confirms the extent to which OL are exposed to opposing offensives.

"It's part of our desire to install another way of playing. It takes time, I don't know how much," said coach Peter Bosz.

"Our way of playing is maybe more difficult because we want to play offensively with very high pressure. If you play with a low block and a lot of people behind the ball, maybe it is easier. This is why it may be a little longer, "he explained.

It is also the feeling of Sampaoli, who imagines OL "to become more and more dangerous" with time.

"It will be a more dangerous team when they fix that. They have a lot of good players in all lines," he said on Friday.

The Argentine technician also knows that Lyon's current defensive weakness can offer ammunition to his men.

"We will have to prevent them from recovering the ball at home. We have to have control and take advantage of the spaces," he explained.

While OM have not won since 2008 in Lyon in the league, history also reminds us that the duels between the two teams can sometimes turn irrational, as during the famous 5-5 in 2009. One night when everyone had attacked well and defended badly.