"Hysteria is being whipped up artificially": the Kremlin reacted to statements about Russia's "invasion" of Ukraine

The press secretary of the Russian President Dmitry Peskov said that reports of "Russia's invasion of Ukraine" are "hysteria" that "is being forced artificially." Earlier, a number of Western media published publications about the allegedly impending Russian invasion. According to experts, in this way the United States is trying to maintain the image of an enemy in the person of Russia, while at the same time trying to convince the EU of the need for a joint confrontation with Moscow. 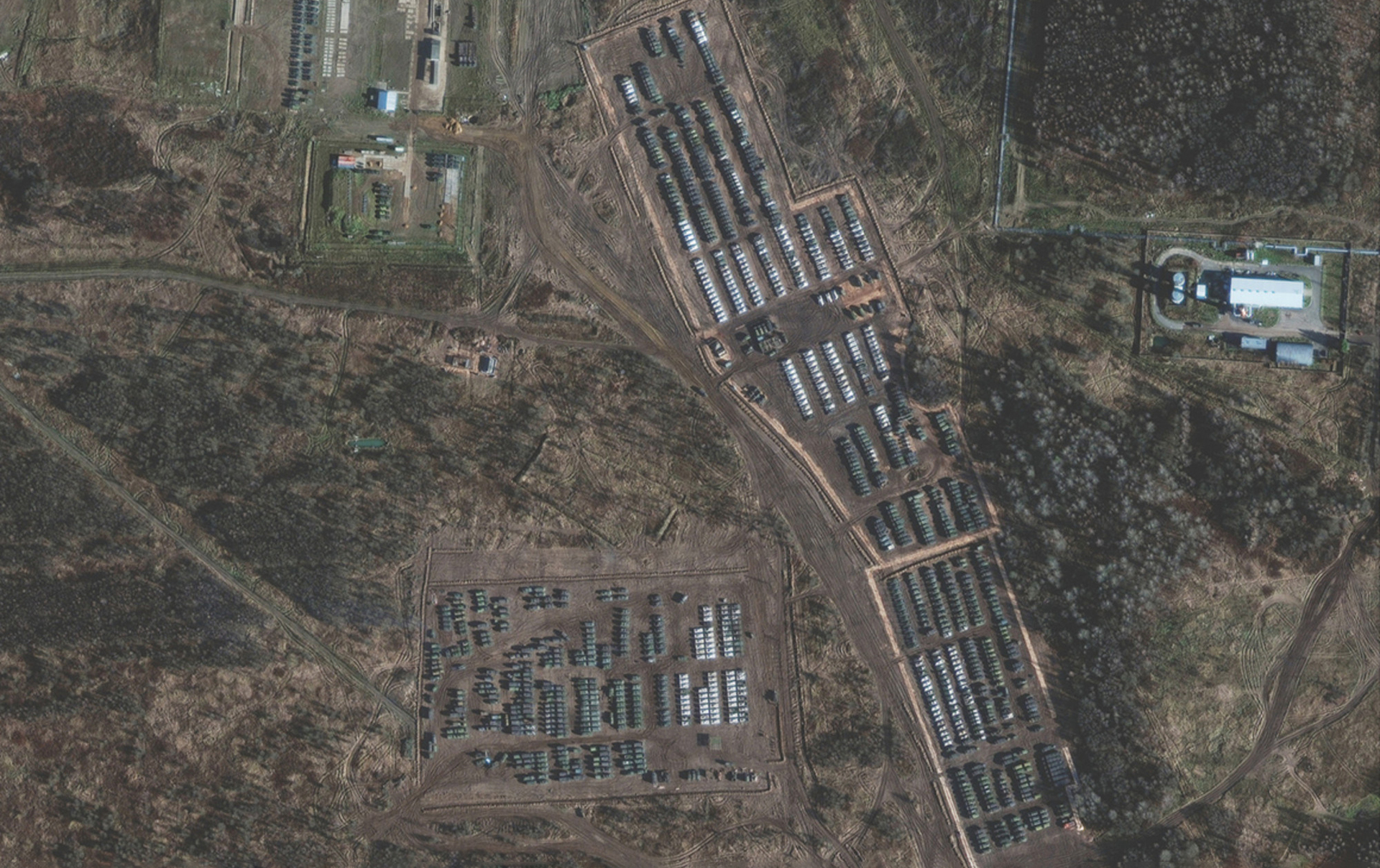 Press Secretary of the Russian President Dmitry Peskov said that provocations cannot be ruled out against the background of statements about preparations for an "invasion of Ukraine."

He announced this on the air of the program “Moscow.

According to a Kremlin spokesman, "this hysteria is being whipped up artificially."

“Those who have brought their armed forces from across the ocean are accused of some unusual military activity on our territory.

That is, the United States of America.

On November 20, the CBS News television channel, citing "anonymous sources", reported on a possible Russian "invasion" of Ukraine, while the "attack" was linked to weather conditions.

“US intelligence officials are warning European allies of the possibility of a Russian military invasion of Ukraine, and the likelihood of such an invasion increases as the weather gets colder.

The invasion depends on the weather conditions, but if the West does not intervene, it could happen within a few weeks, ”says a publication posted on the channel’s website.

In turn, the military edition The Military Times announced the date of the "invasion": the end of January - the beginning of February next year.

The media reported this with reference to the head of the main intelligence department of the Ministry of Defense of Ukraine Kirill Budanov.

Prior to that, similar material was published in The New York Times.

"Western intelligence officials are becoming more and more convinced that the Russian president wants to establish control over a larger piece of territory (Ukraine. -

In addition, the NYT report noted that "intelligence officers are still trying to find possible links between the migration crisis on the Polish-Belarusian border and the buildup of Russia's military presence on the border with Ukraine."

However, the authors of the publication admit that the special services have not yet found evidence of Russia's direct involvement in migration problems on the border of Belarus.

In turn, on November 19, The Wall Street Journal published a similar article with information that, allegedly, 115 thousand Russian servicemen are in combat readiness in the immediate vicinity of Ukraine.

According to American journalists, such a concentration of the Russian military could allegedly be a prelude to an invasion.

The article was published in the same vein in The Washington Post.

The publication published an interview with the head of the Ukrainian Defense Ministry, Aleksey Reznikov, in which he claims that Moscow is allegedly testing the US and NATO's strength by activating the movement of its troops within the country.

In this regard, analysts believe that the American media launched another information attack, similar to the one that was organized in late October - early November, when Politico, The Washington Post and Foreign Policy published materials about the "pulling together of Russian troops" to the Ukrainian border.

Politico has even published pictures of military equipment.

However, satellite photographs captured the area near the city of Yelnya, which not only does not border on Ukraine, but is located several hundred kilometers from it.

“It was not just one fake, it was a whole fresh fake campaign in the American media,” said Maria Zakharova, spokesman for the Russian Foreign Ministry, at the time.

Experts believe that the reason for such publications is the desire of the United States to accelerate the rise in the degree in relations with Russia, in order to use it to justify the expansion of its military bases in the territories of its European allies.

“The US needs to justify the increased military activity near Russia's borders, including the deployment of additional infrastructure and military personnel there.

Most likely, Washington is preparing to strengthen its military presence in Ukraine.

Therefore, they need such information stuffing to legitimize their intentions, "said Alexei Mukhin, general director of the Center for Political Information, to RT.

According to him, Washington is trying to "form a parallel reality."

Vladimir Batyuk, head of the Center for Political-Military Studies at the Institute for the United States and Canada of the Russian Academy of Sciences, agrees with Mukhin.

“The United States has neither numbers, nor serious intelligence, nor any specifics.

Therefore, all this propaganda hype is completely unfounded, "he said in a commentary on RT.

A new stage of containment

Experts point out that the statements about "military confrontation with Russia" are not accidental.

“It’s not easy that recently, Ukrainian officials have been making calls to defend Ukraine and take it under their military wing, and place American and British military bases on the country's territory.

This is an indirect proof that Ukraine is not ready to go to war with the Russian Federation, ”says Aleksey Mukhin.

Moreover, he is sure that the hot phase of the conflict in the country does not correspond to the interests of its European neighbors.

Therefore, Brussels is trying at all costs to prevent the deployment of hostilities at its side.

However, Sergei Ermakov, an expert at the RISS Research Coordination Center, believes that the United States will either try to convince its European allies or ignore their opinion, as has happened more than once.

“After all, the administration of the current US President Joe Biden has now entered a new stage of containing Russia.

And today the stake is placed on military force, therefore such information and propaganda support is provided.

After all, the main goal of the United States is to prove that Russia allegedly poses a threat, and not only for Ukraine, but also for Europe as a whole.

Thus, trying to push NATO partners to increase military spending and expand the presence of the US military on their territory, "- said the analyst.

According to political scientist Alexander Asafov, the new information campaign of the Western media is part of a systematic work to create tension around Russia in the information field.

“Its goal is to convey ideas that Russia is aggressive and poses a threat to at least Ukraine, and even the whole of Europe.

This is the necessary justification for strengthening the NATO line and creating the necessary argumentation for the introduction of additional sanctions against the Russian Federation, as well as for increasing pressure on Russia, including in the Normandy format, "the analyst emphasized.

But Russia has no plans to "invade" Ukraine, stressed Alexander Asafov.

“An information campaign in the media supporting these theses is absolute nonsense.

The West is trying to secure the status of an aggressor for Russia.

However, there are no such plans, this is all sheer nonsense.

The goal of the United States is to inflict the most serious damage on Russia: both reputational and diplomatic.

Therefore, they are moving in the direction of creating and consolidating the image of the Russian threat, "the interlocutor of RT concluded.