The search is interrupted for a missing man in a hurry

The search for the man who is believed to have drowned in Gubbseleforsen in Vilhelmina in early November is stopped. On Saturday, helicopters and paddle paddlers searched in parts of the rapids that were difficult to access - but to no avail. 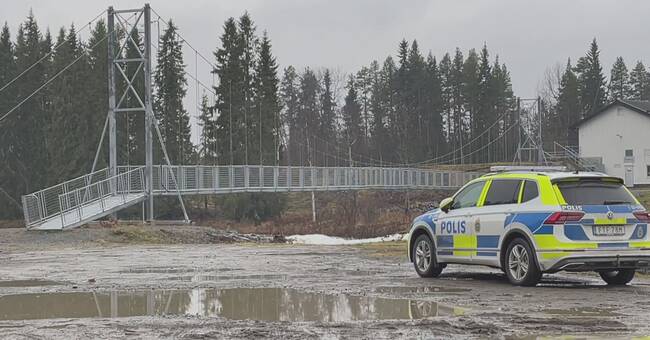 - It feels good that we have searched for the rapids.

Then he may have loosened up and moved downstream or he may be in a pocket that someone has missed.

It is very difficult to search in a rapids with large rocks, says operations manager Fredrik Persson to Västerbottens-Kuriren.

It was on November 2 that two men ended up in the water while performing work on a bridge over the rapids.

One of the men was able to get ashore, the other remained in the water and could not be found.

With Saturday's effort, the application for this winter will be suspended.

- We have basically exhausted everything we can do at the moment, and it should be so many minus degrees tomorrow that it freezes and then they can not work, Persson says.

It was at the suspension bridge at Gubbseleforsen in Vilhelmina that the accident occurred.