Pedro González-Trevijano, a consensus bearer to pacify the Constitutional

Judge Pedro González-Trevijano has become the eleventh president of the Constitutional Court this Friday. He did it with the support of all his colleagues, ... 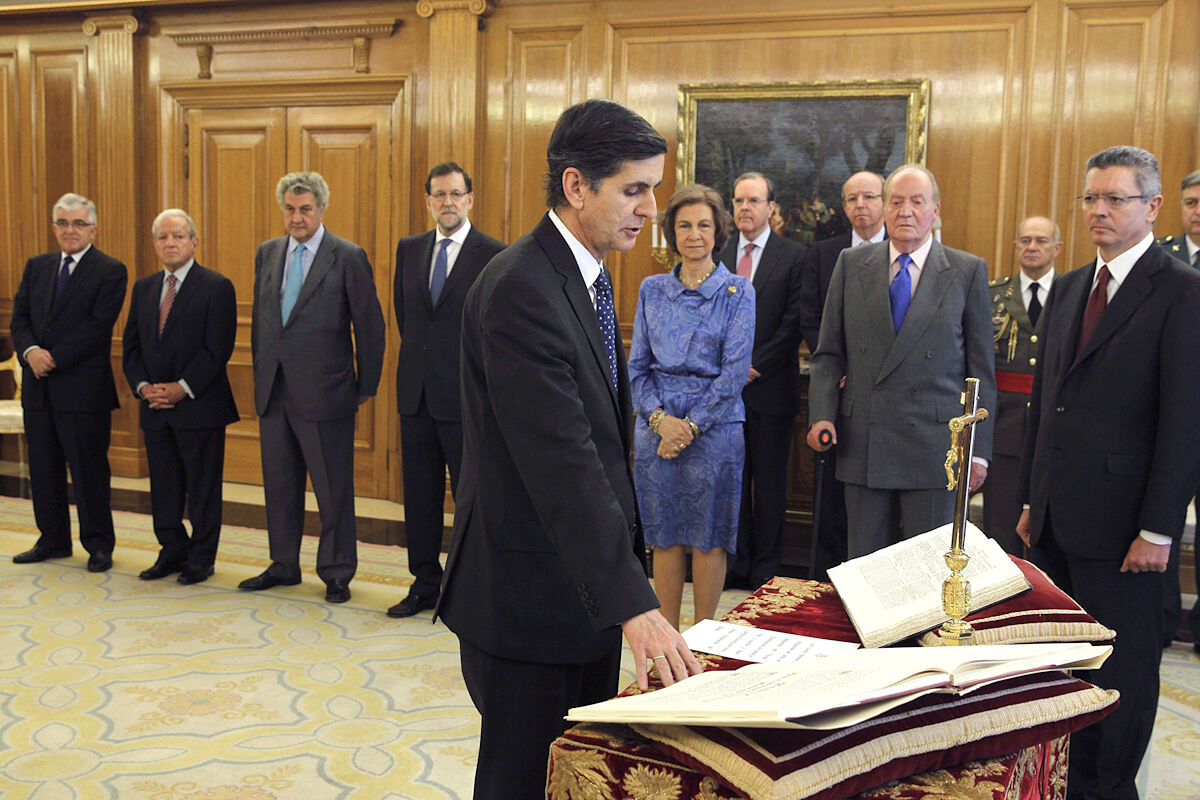 has become the eleventh president of the Constitutional Court this Friday. He did so with the support of all his colleagues, a circumstance that in the history of the organ had only occurred on another occasion. Specifically, when the conservative

rose to the presidency back in 2013. The sources consulted assure that the data is not accidental since Trevijano sought to begin his presidency by improving the institutional image of the court that, in the In recent months, it has undoubtedly been damaged.

Those who know this professor of Constitutional Law define him as a "man of strong convictions", a "great intellectual", a "non-strident jurist" and a "moderate and conciliatory person".

González-Trevijano faces the challenge of rebuilding in record time an institution that inherits completely broken by the internal power struggles that reached their peak after the vote on the first sentence on the state of alarm of which, precisely, the new president was the speaker.

Aware of this reality, of how ephemeral his presidency can be, added to the terrible internal situation that the court is going through, after being elected president, in his first speech before his colleagues, he promised to work in the coming months to achieve "broad consensus "in the great affairs of State, as well as to reestablish cordiality within the court of guarantees.

The new president opted for maintaining "harmony" within the body, "respecting discrepancies" and the different sensibilities of his colleagues.

A harmony that, they say, will try to weave with the new vice president of the court, the progressive magistrate

With the appointments of Trevijano and Xiol, the tradition that the president of the body must be chosen from among the magistrates who are part of the outgoing third of the court is respected, as well as the unwritten rule that both sensitivities that make up the Constitutional Court must be represented in the presidency and vice-presidency of the institution.

However, this role of consensus builder - "a president must know how to unite wills," his closest associates have heard him comment at one time - is a former traveling companion of González-Trevijano.

In his almost nine years in court -he arrived in 2013 appointed by the Government of Mariano Rajoy-, this magistrate, with undoubted

, has been the architect of some of the most delicate sentences handed down by the court in key matters, such as For example, the Catalan separatist challenge, have been supported by a vast majority of magistrates.

On a personal level, this 63-year-old from Madrid, married and father of two children, in love with Asturias, is passionate about the world of art.

In fact, those who know him say that he knows about modern painting and art "almost as much or more" than about Law.

Extraordinary award of degree and doctorate, professor at two universities -among them the Complutense-, former rector of the Rey Juan Carlos University of Madrid, former member of the Electoral Board, academic of the Royal Academy of Jurisprudence and Legislation, Cross of Honor of the Order of San Raimundo de Peñafort, is the author of a score of books on Law, art or painting.

He has even written a play,

, a family evening about God's relationship with the devil.

In addition, from the literary point of view, González-Trevijano can boast that a Nobel Prize in Literature has prologized one of his books.

, which spoke of the gods and their credentials.

His friends tell us that this magistrate, who assumes a bridge presidency that will last

seven months, faces with enthusiasm the great challenge of pacifying a key organ in our rule of law.

Politics Almeida, Colau and Espadas join forces to demand more funds from the Government after the capital gains tax hit