Is it feasible to disrupt the production of a nuclear bomb? Washington is studying the idea of ​​a "temporary nuclear agreement with Iran"

Washington is discussing with Tel Aviv the idea of ​​concluding an interim nuclear agreement with Iran, instead of returning to the comprehensive agreement that was signed in 2015 during the era of former US President Barack Obama, before his successor Donald Trump withdrew from it. 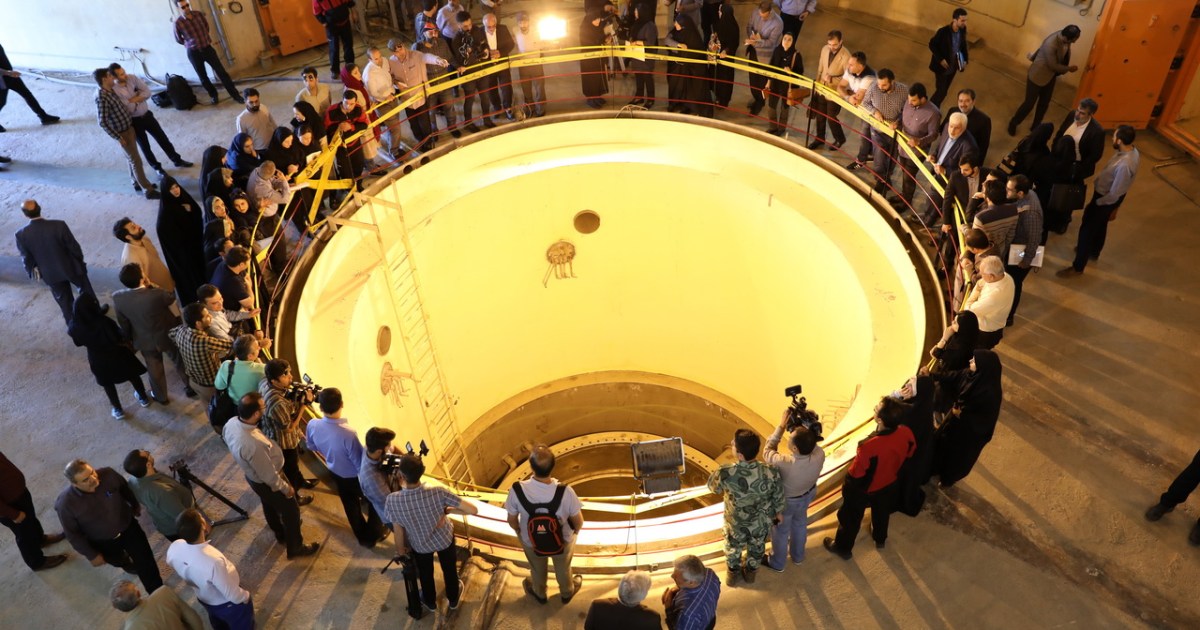 Amid rising tension between the United States and Iran, the American "Axios" website revealed that the US National Security Adviser, Jake Sullivan, discussed with his Israeli counterpart, Eyal Holata, the idea of ​​concluding an interim nuclear agreement with Iran, instead of returning to the comprehensive agreement signed in 2015. During the era of former US President Barack Obama, before his successor Donald Trump withdrew from him.

Sullivan raised the idea of ​​reaching an interim agreement with Iran, to buy more time for the stalled nuclear negotiations before resuming the next round of nuclear talks in Vienna on November 29.

According to the site, Washington's goal from such an agreement is to buy time for further nuclear negotiations, while Iran continues to enrich uranium at high levels of up to 60%, and is slowly approaching the limit that enables it to produce a nuclear bomb.

The feasibility of reaching an interim agreement

Barbara Slavin, an expert on Iran and director of the Future of Iran Initiative at the Atlantic Council, stresses that the idea of ​​an interim agreement is not new.

She notes that "the United States prefers to fully restore the JCPOA, but if that proves to be too much for Iran, reaching an interim agreement is a natural regression."

And Barbara adds - in her speech to Al Jazeera Net - that "such an agreement is supposed to freeze the most problematic elements of the Iranian nuclear program, in exchange for limited sanctions relief."

And she believes that "this framework would provide more time for difficult negotiations, and relieve pressure on those who call for more economic pressure or military action. That same scenario occurred in 2013 before the final nuclear agreement was reached in 2015".

Meanwhile, Sina Azoudi, an expert at the Atlantic Council and a researcher at the Institute for Gulf Studies, believes that reaching a temporary agreement (meaning less in return for less) is a positive and beneficial development for all.

The expert says - to Al Jazeera Net - "As we approach the session of the International Atomic Energy Agency at the end of November, there is a possibility that Iran will face a lot of blame from the Agency, due to the increase in its nuclear activities. This may lead to an increase in tensions between Iran and the International Agency." atomic energy".

Therefore, Azoudi believes that by setting up an interim agreement, similar to the Basic Joint Plan of Action, Iran and the 5+1 group can get out of this escalatory path and provide diplomatic space for a permanent agreement at a later stage.

According to American observers, the idea of ​​the temporary agreement, for example, means that Iran freezes uranium enrichment at 60%, in exchange for Washington and its allies releasing some frozen Iranian funds or providing exemptions from sanctions on humanitarian goods.

There is no confirmed scenario yet

For his part, Jawdat Bahgat, a professor at the Center for Near East and South Asia at the US National Defense University, considers that there are many doubts regarding the next round of negotiations (November 29).

Bahgat believes - in his speech to Al Jazeera Net - that "the arrangement for signing a temporary agreement cannot be confirmed or denied. Negotiations will not take place in front of the media, but will take place behind closed doors. There is a lot of misinformation and misinformation that preceded all rounds of negotiations in the Austrian capital."

Professor Bahgat considers that there are several temporary points related to the next stage of negotiation, namely:

Israel rejects the idea of ​​any agreement with Iran, whether temporary or permanent, as long as it allows Iran to maintain its nuclear infrastructure and its stockpile of uranium.

During a visit to Israel by the US envoy to Iran Robert Malley this week, all Israeli officials assured the US official that the only way to bring Iran back to the 2015 agreement was to increase the pressure rather than ease it.

For its part, Iran believes that the United States must first compensate it for its withdrawal from the agreement, lift all sanctions imposed since 2015 at once, not in stages, and provide guarantees that no future administration will retreat from the agreement.