Guadeloupe: fourth day of the mobilization against the health pass

Guadeloupe continued Thursday to see its roads, as well as access to the CHU, blocked by demonstrators on the fourth day of a mobilization launched by a collective of trade union organizations ... 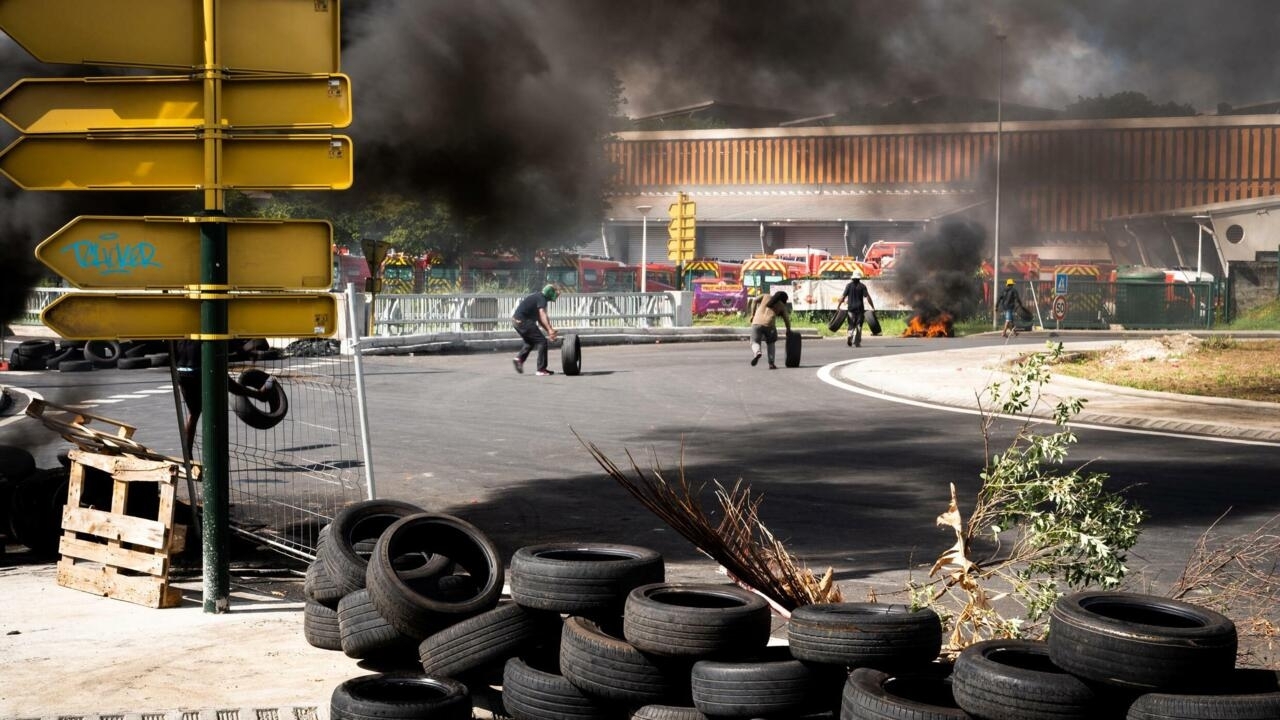 After four days of road blockades and access to the CHU de Guadeloupe, sometimes punctuated by violence by protesters anti-health pass and vaccine against Covid-19, the government raises the tone, Friday, November 19, by announcing the dispatch of 200 police and gendarmes as reinforcements.

They will be there "in the next few days", announced in a joint statement the ministers of Overseas Sébastien Lecornu and the Interior Gerald Darmanin, condemning "with the greatest firmness the violence that has taken place in recent hours in Guadeloupe".

The mobilization launched by a collective of union and citizen organizations against the health pass and the vaccination obligation of caregivers against Covid-19 is not weakening.

It is now coupled with violence committed by rioters, especially at night.

Four buildings in Pointe-à-Pitre, which has many wooden houses, went up in smoke overnight from Thursday to Friday, firefighters told AFP.

In front of the CHU, the only vehicles authorized to enter are the ambulances.

Thursday, a barrage of tires erected at dawn by demonstrators, most hooded according to an AFP videographer, was repeatedly dismantled by the police, reassembled by the demonstrators, then finally set on fire, before the resumption of traffic.

A police officer was injured Thursday according to the public prosecutor Patrick Desjardin.

The police have made several arrests, including a firefighter - under judicial control - carrying tires to a flaming roadblock, and a young person who must be referred to the prosecution on Friday for throwing projectiles and crowds.

At the CHU, "roadblocks greatly penalize staff who come from all walks of life. We have to wait until everyone is present to start and wait for the next generation to be present to continue," Anne told AFP -Gaëlle Pascale, health manager in the operating room of the CHU.

"There is filtering at the entrance, especially for interns, some of whom are prevented from passing. One of them was even attacked by a hooded person," Cédric Zolezzi, deputy director told AFP. of the hospital center, deploring the lack of "dialogue".

The situation is all the more complex since since the beginning of November, "we have been on a restricted staff" with the introduction of the compulsory vaccination of caregivers, recalls Anne-Gaëlle Pascale.

Thus, in surgery, 50% of the workforce usually on schedule are absent, even if "things are starting to come back slowly".

According to the management of the CHU, a little more than 87% of the agents of the hospital center have a health pass, but some staff are suspended for invalid pass, to which is added "a wave of sick leaves", "on instructions union ", accuses Cédric Zolezzi.

"The culprit is the one who made the vaccination obligation", denounces for his part Sandro Sormain, deputy secretary of the UTS-UGTG: "The staff suspended at 50%, that means that (those who remain) do the work of two people. So at one point we are going to have a break in relation to the workload ".

The CHU teams adapt as best they can.

Thursday, "chemotherapy for example could not be administered", explains Cédric Zolezzi.

And "everyone gives their own: an anesthetist replaces a nurse anesthetist, a nursing assistant replaces a stretcher bearer, I myself am on a lot of posts at the same time", says Anne-Gaëlle Pascale.

On the education side, the rector of the academic region, Christine Goff-Ziegler, condemned Thursday "all acts of vandalism and obstacles to movement" or "to access to establishments", of which the students "are the first victims ".

On the other highways, including in the small roads of the Grands Fonds, in the Guadeloupe countryside, roadblocks continue to block the passage.

Many of them have been dismantled "by residents or motorists", testifies Steve Salim, entrepreneur specializing in short agricultural circuits, who crisscrosses the island to ensure the delivery of his baskets of vegetables and accuses "a big loss" activity.

The Union des Entreprises-Medef condemned "firmly the obstacles to freedom of movement".

"After months of restrictive measures for our population and for the country's economy, it is unacceptable to allow this spiral of self-destruction to prosper," denounced the employers' organization in a press release.