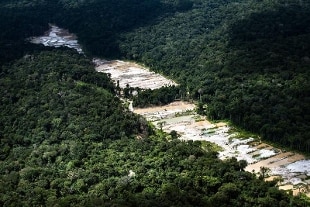 According to Inpe, the destruction remains less than the 9,178 sq km of forest that went up in flames in 2019, the worst year for the Amazon.

There is, however, one fact that worries environmentalists: in the month of December 2020 alone, 216 km2 of Amazon rainforest were destroyed, an area 14% higher than that which disappeared in December 2019.

Last year Up to 103,161 fires were recorded, 15.6% more than those that burned in 2019, when images of the Amazon in flames went around the world, sparking open criticism of many Western leaders of the Brazilian president , who rejected them.