A 31-year-old Gulf employee turned against his ex-girlfriend, as a result of a dispute between them, insulting her with offensive words, and threatening to expose her by publishing private pictures of her on social networks, intending to harm her honor if she did not answer his phone calls, and restore the relationship between them. from 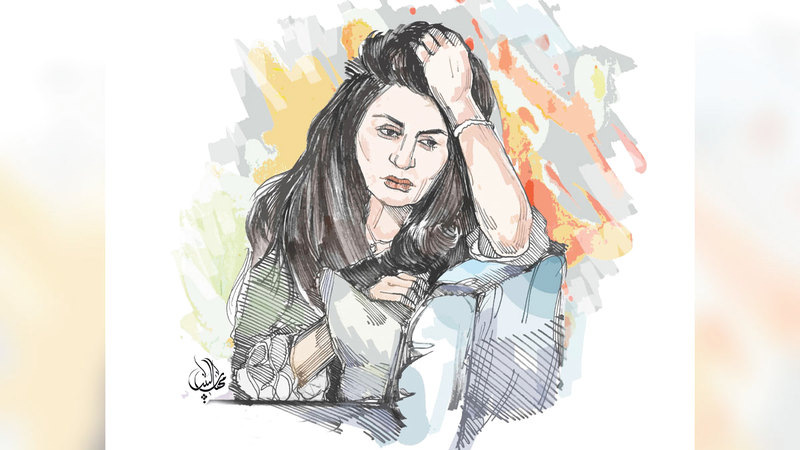 "Dubai Criminal Court" sentenced him to 3 months in prison... and the "appeal" upheld the sentence, with execution suspended

A 31-year-old Gulf employee turned against his ex-girlfriend, as a result of a dispute between them, insulting her with offensive words, and threatening to expose her by publishing private pictures of her on social networks, intending to harm her honor if she did not answer his phone calls, and restore the relationship between them. Once again, the accused was arrested, after being warned once by the police, and was referred to the Public Prosecution, which charged him with committing the felony of threat with a request and the misdemeanor of insult, and referred him to the Criminal Court, which sentenced him to three months in prison. It was suspended for three years.

The victim, a 28-year-old (Arab) employee, stated that she was associated with the accused for a while, then their relationship ended, and communication between them was cut off, but he kept calling her by phone, and messaging her through the “WhatsApp” and “Instagram” application, and she was not She responds to him, and I was surprised by him threatening to publish her private photos, and insulting her with indecent words.

She added that she filed a complaint against him with the specialized police station in Dubai, so he was summoned, and obligated to pledge not to be exposed to her again, but he called her again, and persisted in his actions, and kept threatening and insulting her, so she wrote a report to the police, after he made accusations against her, and threatened her By publishing her photos, exposing her, and defaming her on social networks if she does not return to him.

For his part, the accused admitted his crime in the police report, but retracted his statement in the later stages, and repeated his denial before the court during his trial.

The defense of the accused, during the appeal against the ruling of the first degree, lamented the error in applying the law, the lack of causation, the corruption of inference, and the violation of the established papers, pointing out that the initial ruling decided to convict his client, despite the absence of the elements of the two crimes attributed to him, and the maliciousness and fabrication of the accusation by the victim. And the inaccuracy of the photos and documents that she made herself.

For its part, the Court of Appeal stated in the merits of the ruling, that the judgment of the Court of First Instance of the contested had fulfilled the legal elements of the case in the two crimes attributed to the accused, and provided compelling evidence that the court reassured, as well as reassured the court by the testimony of the victim in the investigations of the Public Prosecution, which he supported The report of the General Department of Criminal Evidence, as well as the confession of the accused in the police report, so the court turned down his denial later and did not rely on him.

In response to the defendant's plea regarding the maliciousness of the accusation, the court affirmed that this plea is nothing more than an objective argument in the assessment of the evidence that the court has reassured.

It also rejected the pleas of the appellant's attorney, represented in the non-acceptance of the criminal case, the expiry of the victim's right to file a complaint with the passage of time, and her failure to disclose her desire to move a payment, noting that these defenses echoed what the defense had previously held before the Court of First Instance, The latter responded to it, and rejected it with justifiable reasons, shared by the Court of Appeal.

In response to the defendant’s attorney’s argument that the lawsuit is not subject to the information technology law, but rather the federal law applies to it, given that the used phone has limited communication between its people, and not from social communication mechanisms, the Court of Appeal confirmed that the crime was carried out by a social networking program (WhatsApp), Subject to Article 16 of the Information Technology Law No. 5 of 2012, which ended up supporting the conviction of the accused, imprisoning him for three months, and suspending the execution of the sentence for a period of three years.

• The accused has been communicating with the girl and messaging her via “WhatsApp” and “Instagram” and insulting her with obscene words.