Queen Elizabeth II reappears in an audience after her health problems

Queen Elizabeth II held a face-to-face audience with General Nick Carter, the chief of the British Defense Staff, at his residence in the castle of ... 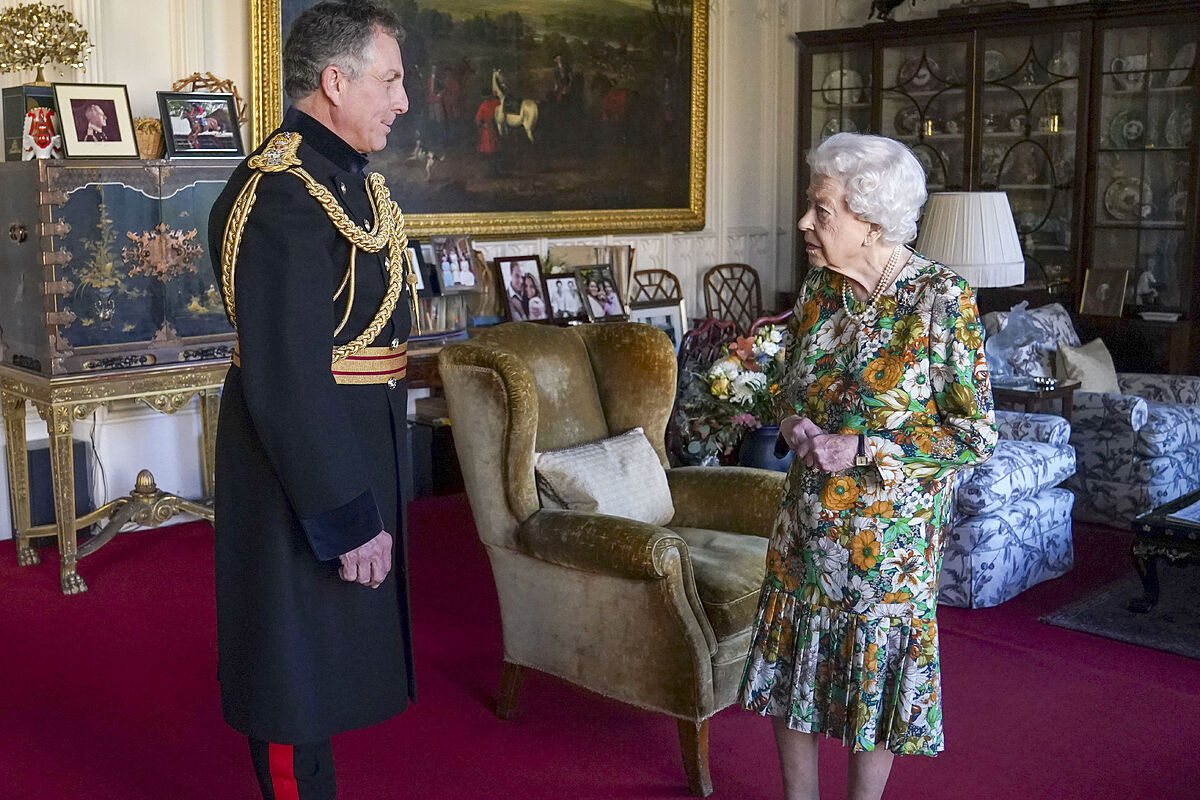 held a face-to-face audience with General Nick Carter, the chief of the British Defense Staff, at his residence in Windsor Castle on Wednesday, part of her first engagements in person after not attending the tribute last Sunday. to the fallen in combat.

The sovereign, dressed in a dress in shades of green, oranges and floral ornaments and wearing a pearl necklace

, was photographed, smiling, welcoming and chatting with the military

in one of the castle rooms.

That hearing, which Buckingham Palace confirmed in a statement, comes three days after the 95-year-old monarch missed the act in remembrance of those who died in combat - the so-called Remembrance Sunday - which was held in the Cenotaph, as a result of a back problem.

The queen's health has been a cause for alarm during the last month, having canceled important commitments from her agenda, such as her attendance at the Cop26 climate summit in Glasgow (Scotland), or a two-day visit to Northern Ireland.

On October 20, the sovereign had to stay one night in a London hospital to undergo preliminary tests and the doctors recommended that she