The Hôtel de la Marine, in Paris, is welcoming from Thursday some of the treasures of the Al Thani collection, named after a forty-year-old prince of the royal family of Qatar, passionate about art and great… 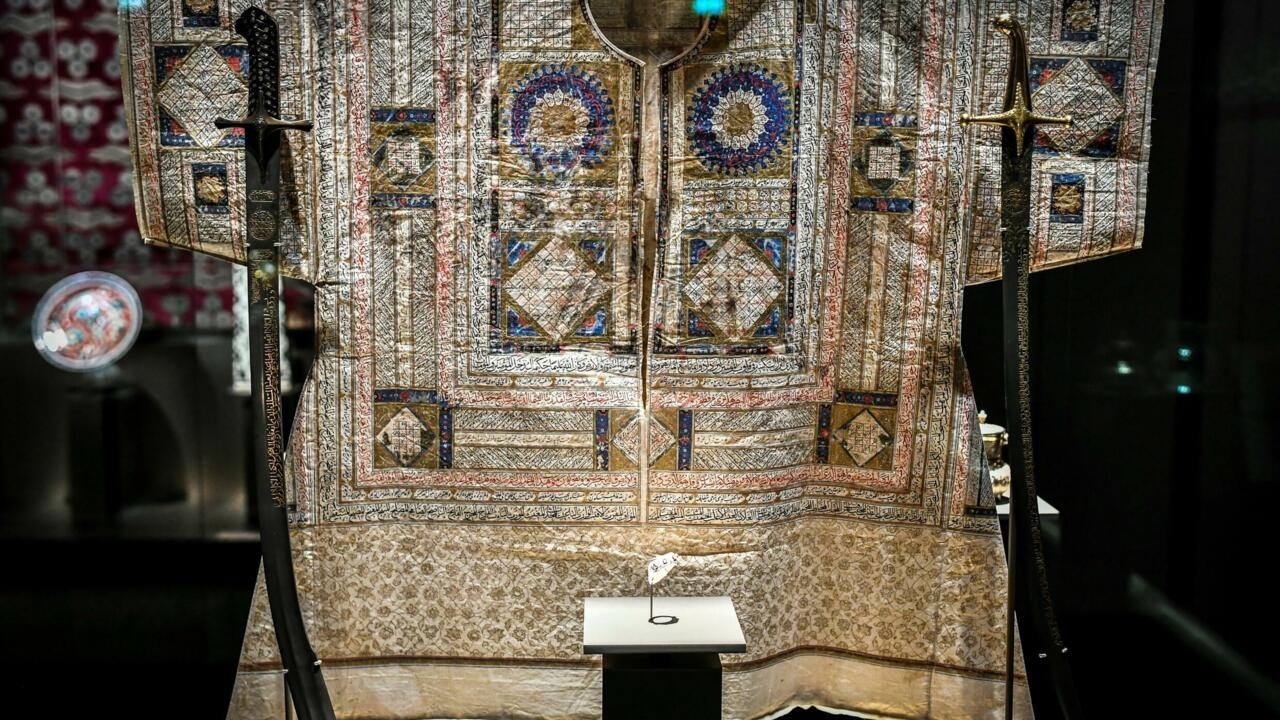 About a hundred rare objects, including statuettes belonging to very ancient civilizations, are exhibited in four galleries where royal tapestries were stored at the time of the storage of the kings of France.

They have been restored and refurbished in their entirety with the latest cutting-edge techniques and some of the finest materials.

Over the next 20 years, the Hôtel de la Marine, an emblematic eighteenth-century building located on Place de la Concorde which has just been completely restored, will host works from the collection of Sheikh Hamad Bin Abdullah al-Thani who brought them together. between 5,000 and 6,000 in total, dating back several millennia to the present day.

An agreement has been concluded to this effect between the Al Thani foundation and the National Monuments Center (CMN).

The total amount of the investment of the Qatari patron remains "confidential", according to the two institutions.

The press evoked 20 million euros, information neither confirmed nor denied.

Pieces from the collection have already been shown around the world, in New York, London and Tokyo.

To showcase the "civilizations of the world", the first gallery hosts seven masterpieces from four continents, spanning a period of more than 5,000 years.

An ancient pharaoh's head in red jasper (1473-1292 BC), from the Al Thani collection, photo taken on November 15, 2021 at the Hôtel de la Marine in Paris STEPHANE DE SAKUTIN AFP

Among them: an idol Kiliya (Anatolia), pure opalescent abstraction dating from 3,300 to 2,500 BC;

a pharaoh's head dating from the highest point of ancient Egyptian civilization in red jasper;

a rare gilt bronze sculpture from the Han Dynasty of China depicting a bear;

a Mayan pendant in the shape of a mask, a rare piece of this type.

This gallery opens the exhibition like a showcase, thanks to a scenography designed by one of the Japanese stars of architecture, Tsuyoshi Tane.

Made up of a cascade of golden flowers intertwined and suspended from the ceiling by gold threads, it envelops the visitor in a sort of cosmos that "resonates with the universality of art", Amin Jaffer told AFP, general curator of the Al Thani collection.

The second gallery, an oblique corridor plunged into darkness, presents eleven faces sculpted through the ages.

Remarkably enlightened, they appear in front of the visitor confronted with his own image and the representation of the human image through the ages and cultures.

Among the masterpieces: a man's head in quartzite (circa 2050 BC) referring to the sculptures of Gudea, ruler of the city-state of Lagash (Mesopotamia);

a chalcedony bust of Emperor Hadrian, sculpted around 1240 and installed on a vermeil bust in the 16th century.

Other ancient treasures, of extreme refinement, follow them in a parallel corridor: chiseled stone objects, gold and silver vessels, jewels and ornaments from the Mediterranean basin dating from 900 to 100 BC, as well as several works by Olmec lapidary art (at least 1,200 BC).

The visit ends with masterpieces of Islam, exhibited in a final gallery designed for "temporary exhibitions, on renewed themes, in order to promote international cultural exchanges", according to Mr. Jaffer.

Manuscripts, pieces of ironwork, textiles, ceramics, glass objects and jewelry come from all over the Muslim world, from the Umayyad Caliphate to the Mughal Empire.

Among the key pieces is a folio from the Blue Koran, one of the most famous manuscripts dating from the Middle Ages, the origin of which has sparked much debate.