Agreement to increase supplies of Pfizer's antiviral pills to developing countries. Generic drug manufacturers will be able to produce the drug by speeding up supplies to poorer countries &nbsp; 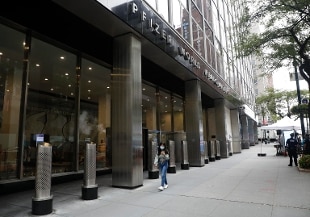 November 16, 2021 Pfizer gives the green light to a "widespread production" of the antiviral pill, which would open up production in a short time even for developing countries. The company has announced the waiver of royalites (exclusive production rights). The pharmaceutical company has signed an agreement with the Medicines Patent Pool - a UN-backed organization - to allow other companies to produce its experimental Covid-19 pill. A decision that could make treatment accessible to over half of the world's population.

, thus being able to supply it to 53% of the world population. Some large countries such as Brazil are excluded from the agreement: under the terms of the Pfizer agreement,

it will not receive royalties

on sales in low-income countries, while it will renounce those on sales in all countries covered by the agreement in which Covid-19 remains a public health emergency.

According to the company, the pill would reduce the risk of hospitalization and death by nearly 90% (in people with mild to moderate coronavirus infections). Pfizer said it wanted to ask the US Food and Drug Administration and other regulators to authorize the pill as soon as possible.

The experimentation started in Russia

Tests on Pfizer's coronavirus pill started in Russia last November 12, and will continue until March 2023, with trials on a group of 90 people who have shown symptoms of Covid-19, and are being carried out on patients who can be treated. from home