New UN report: Sexual rights have been sacrificed during the pandemic 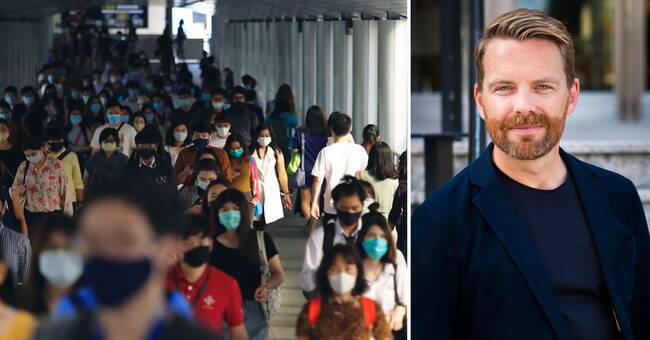 170 countries agreed on several commitments to strengthen people's sexual and reproductive rights during the Nairobi Summit in 2019. Among other things, maternal mortality and sexual and gender-related violence would be reduced to zero.

However, the independent commission set up to monitor the work can now state in its first report that developments have gone in the opposite direction in many countries.

From child marriage to unwanted pregnancies and deaths in connection with childbirth have increased.

- Even though we see individual progress in individual countries, the impression is generally very disappointing, says Hans Linde, Sweden's representative in the Commission and union chairman in RFSU.

- We can see that the opposition has attacked these fundamental rights and tried to advance its positions in recent years.

This in turn has led to increased maternal mortality, violence in close relationships and more girls being married off against their will and genitally mutilated.

But progress has also been made since the summit.

Nepal, Albania, Uruguay, Botswana and a number of other countries have worked creatively and come up with various innovative solutions to ensure people's sexual and reproductive health, and in other countries people have mobilized - to guarantee their fundamental rights.

In Latin America, for example, many people protest and demand the right to abortion.

Political will is needed

- The movement we see in Sweden where more and more people take a stand on maternity care and maternity care that we should be able to trust is another example where people stand up for their basic rights, says Linde.

The most important thing that is highlighted in the report is also that there is hope for a way forward, despite the challenges, he believes.

- It will require political will and a lot of financial investment, but it is quite possible to ensure that everyone gets the right to their body and their sexuality.