"The Williams Method" follows the incredible rise of champions Serena and Venus Williams, from tennis courts in an underprivileged suburb of Los Angeles to victories in the biggest… 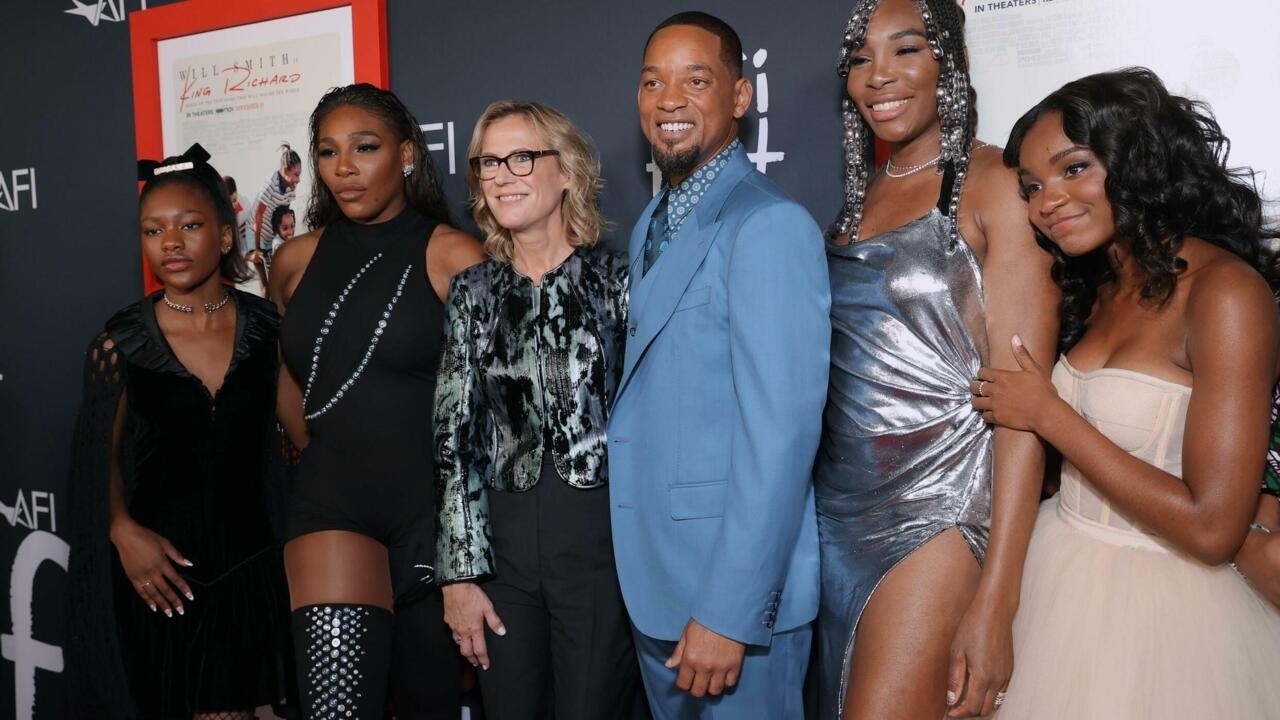 In addition to the two sisters, a third character is the pillar of this film which is released this week in the United States (December 1 in France): their father, trainer and manager, Richard Williams, played by Will Smith, some of whom already say that he could win his first Oscar thanks to this performance.

Will Smith "fell in love with Richard Williams" a long time ago, when he saw this man fly to the rescue of Venus, then only 14 years old, struggling with an overly insistent reporter during an interview.

"That expression on Venus' face ... the image is etched in my heart," the actor said at a press conference via the internet.

“I knew I wanted to show the world a father protecting his daughter like that,” says Will Smith, who is also the producer of this Warner Bros. Studios feature film.

More than the sporting exploits of the Williams sisters, the film sets out to show how this united and unusual family managed to extricate themselves from a poor, predominantly African-American neighborhood to reach fame.

Self-taught coach, Richard Williams had for example drafted, even before the birth of his daughters, a 78-page plan laying the groundwork for Venus and Serena to become the best players in the world.

The idea came to him after discovering the prize amounts given to the winners of tennis tournaments.

Venus - whose seven Grand Slam titles will be eclipsed by the 23 won by Serena - occupies more of the screen in this story: she paved the way for her little sister by winning a series of victories in junior tournaments.

"I love that Venus opened doors and her sister rushed in," Saniyya Sidney, who plays the eldest in "The Williams Method", told AFP.

Growing up seeing "girls who look like me in a sport that is primarily a white man's sport means a lot to me," adds the actress.

The film shows Richard Williams' efforts to find his daughters a professional trainer at upscale tennis clubs in California, where he was greeted with racist mockery and prejudice.

The Williams family also boycotted for fourteen years the very select tournament in Indian Wells, California, after boos that Richard Williams considered racist and that Serena later compared to a "luxury lynching".

Serena has a touchy character that has often resulted in spat with sports authorities.

At the Roland Garros tournament, he was forbidden to wear an all-black outfit, directly inspired by the film "Black Panther".

"Every time they come onto the court, they are revolutionaries on the march," said Aunjanue Ellis, who plays the mother of the Williams sisters in the film.

"The tennis industry is still trying to regulate their creativity to this day, it tries to police with their genius and has not succeeded," she told AFP.

Will Smith, himself a father of three, drew on his role in how Richard Williams protected his daughters throughout their careers.

“It's like (Venus) has a lion that she knew was never going to let anything happen to her,” he said.

Venus, Serena and two half-sisters took part in the production, unlike Richard, presented in a positive light by the film but with allusions to marital infidelities.

Initially, the filmmakers had considered putting makeup on Will Smith to give him the face of Father Williams, but they finally decided to leave it to him to convince the viewer with his acting skills.

"He slipped into the shoes of Richard Williams, who has all that exuberance of Will Smith but also that very different side, it was surprising to see," said his on-screen partner Tony Goldwyn.

Unsuccessful Oscar candidate with "Ali" and "In Search of Happiness", Will Smith is currently the favorite of the predictions in the race for the statuette of the best actor next February.