Ahn Min-seok, "I heard that Kim Hye-kyung called for 'Hurray for the end of the election' due to malicious rumors"

Rep. Ahn Min-seok, who serves as the general special head of the Democratic Party's election committee, claimed today that "I heard that he hurrahed at the Yun Seok-yeol camp" when malicious rumors about the fall of Kim Hye-kyung, the wife of presidential candidate Lee Jae-myung, were circulated today. 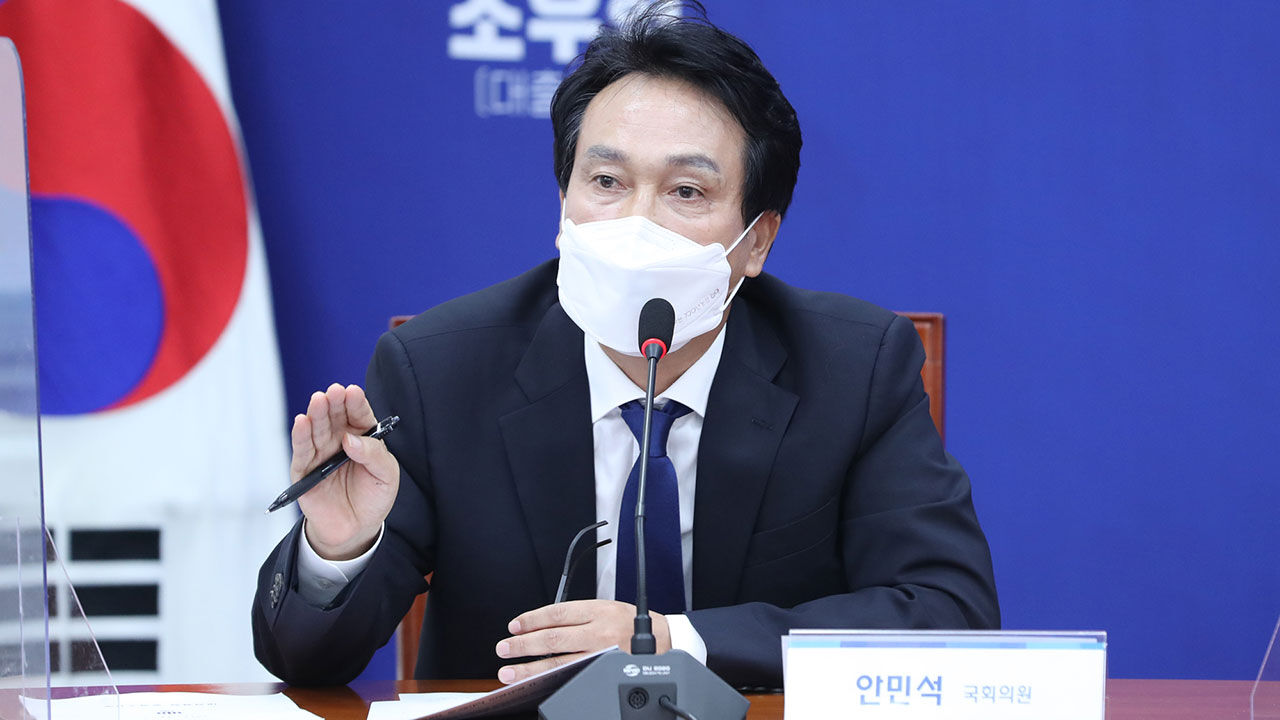 Rep. Ahn Min-seok, who is in charge of the general election committee of the Democratic Party of Korea, claimed today (15th) that malicious rumors about the fall of Kim Hye-kyung, the wife of presidential candidate Lee Jae-myung, were circulated.

In an interview with radio today, Rep. Ahn said, "There was a lot of fake news that it was an accident caused by violence. So from what I heard, they sang hurray at the People's Power Camp and at the Yun Seok-Yeol Camp. The election is over." )" he said.

"Since fake news has been spreading all day, I think it has nothing to do with the organized dissemination of fake news with the Yun Seok-yeol camp side," he said.

However, when Rep. Ahn asked the host, 'Do you think that you did something in the Yun Seok-yeol camp?', he said, "I don't think the camp was spreading (fake news)." "The camp and systematic comments are related to the organization producing fake news. I think there will be."

In addition, when asked if there were any reports, he said, "It's not like a report," but emphasized that "the malicious and systematic production of fake news is a matter that must be strictly dealt with in the election process."

Assemblyman Ahn said, "Anyway, the fact is that there is CCTV in the 119 ambulance. Then, if it was violence, the paramedics leave their opinions in their journals." It's such a sad reality."said.

On the 10th, the Democratic Party is taking strong measures, including filing a complaint with the prosecution against two netizens who raised suspicions that Mr. Kim's injury was attributable to the candidate.