The heads of the government and the Presidential Council in Libya pledged to hand over power to whomever is chosen by the people in the event that fair and transparent elections are held in a consensual manner among all parties. 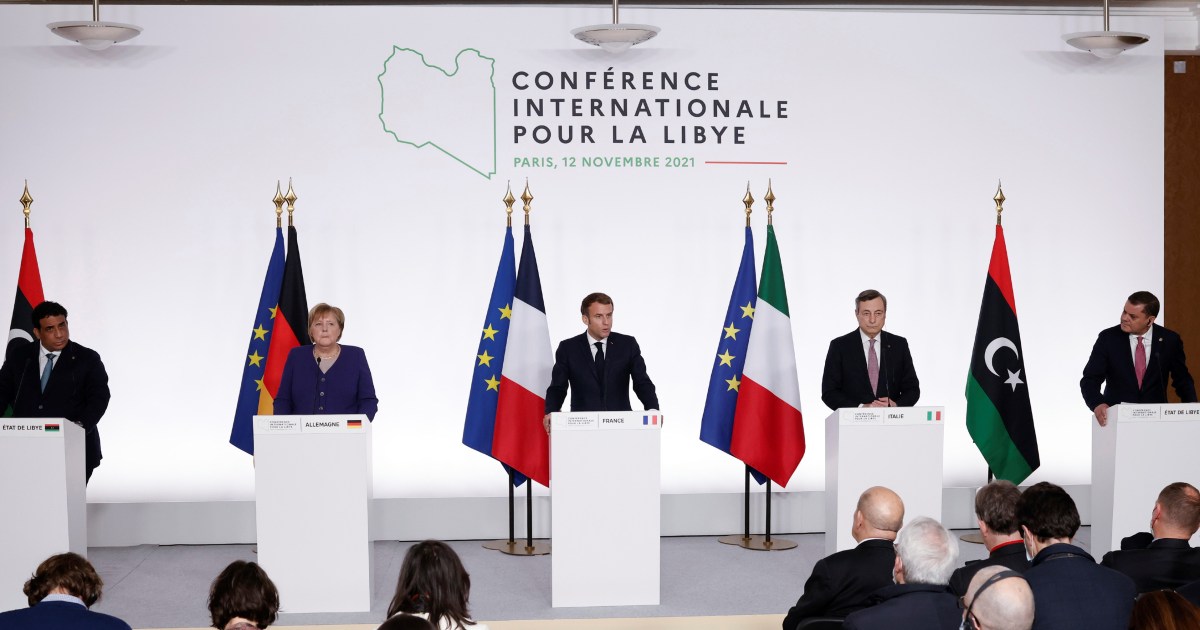 The heads of the government and the Presidential Council in Libya pledged to hand over power to whomever is chosen by the people in the event that fair and transparent elections are held in a consensual manner among all parties.

Libyan Prime Minister Abdel Hamid al-Dabaiba said that he would hand over power to the party elected by the people on December 24 next, if the elections were held in a fair and consensual manner.

Dabaiba made these statements on the sidelines of an international conference on Libya hosted by Paris on Friday.

"If the electoral process takes place in a fair and consensual manner between all parties, I will hand over power to the elected party chosen by the Libyan people," he said.

Al-Dabaiba called for ensuring that the elections are held without violations, through political support and international monitoring, and setting real guarantees to accept the results of these elections and imposing sanctions on those who obstruct and reject these results.

He stressed that holding the elections on time is a national entitlement and a historic goal.

He stressed the need to synchronize the parliamentary and presidential elections according to a clear schedule for all the Libyan people.

Dabaiba urged the Libyan legislative institutions to amend the electoral law to be consensual and achieve justice, inclusiveness and equal opportunities.

For his part, Presidential Council Chairman Muhammad al-Manfi said during the press conference that the council will hand over power if the Electoral Commission is able to organize parliamentary and presidential elections on December 24.

The exile - from Paris - stressed that obstacles and disputes must be removed before holding the elections next month.

He added that "the contentious points for everyone's participation in the elections must be resolved so that the results are accepted," calling on all Libyans to participate in the upcoming elections and accept their results.

For their part, the leaders who participated in the conference threatened to impose sanctions on individuals who would try to take any action that would obstruct or undermine the scheduled elections in this country, whether they are inside or outside Libya.

The final statement of the conference stressed the importance of the presidential and legislative elections - the first in the country's history - to be free, fair, inclusive and credible.

The statement also indicated the need to support the efforts of the Electoral Commission to lay the foundations for its organization.

"We affirm our commitment to the success of the political process and the implementation of the ceasefire agreement, and we call for the establishment of the National Reconciliation Commission under the auspices of the Libyan Presidential Council," he added.

The participants agreed in the statement to support the work of the UN mission to promote political dialogue and take urgent initiatives to help the Libyans disarm.

The presidential elections are scheduled to be held in two rounds, the first starting on December 24, and the second starting with the parliamentary elections 52 days after the first round, according to the head of the Electoral Commission Imad al-Sayeh.

Despite the ongoing disputes over the electoral law, on November 8, the commission opened the door for candidacy for the presidential and parliamentary elections.