The two files discuss the elections and the expulsion of mercenaries.. The start of the work of the Paris International Conference on Libya

The Paris Conference on Libya, in which about 30 world leaders are participating, has started in the French capital, Paris, with the aim of “providing international support for the continuation of the ongoing political transition and holding elections on time,” according to the Elysee. 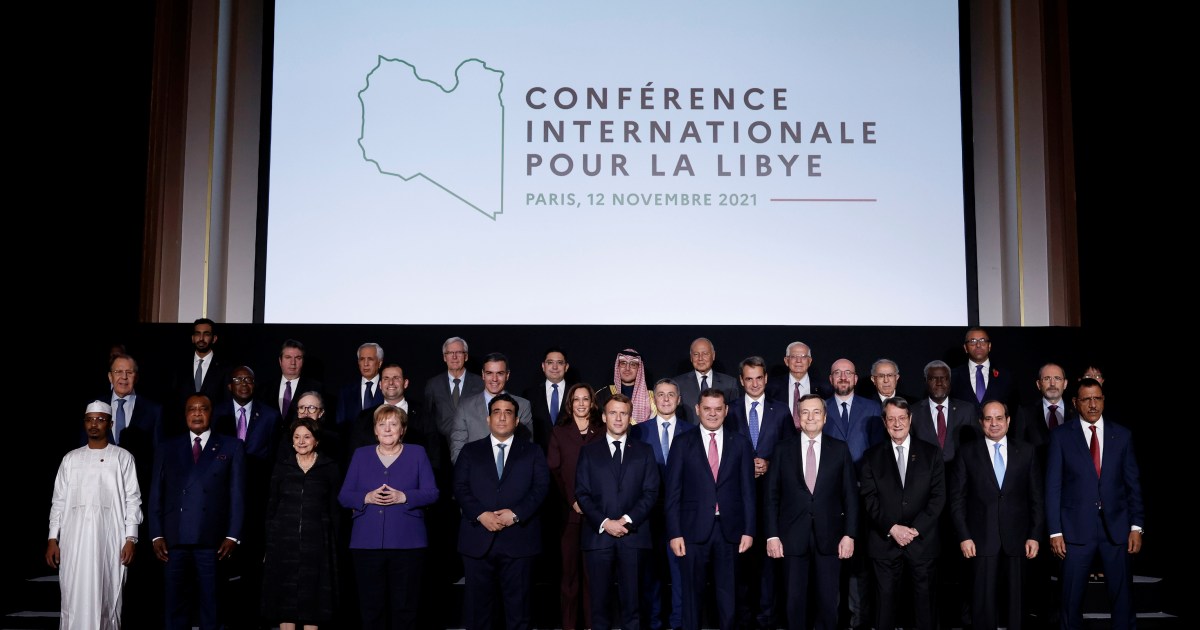 In the French capital, Paris, the work of the Paris Conference on Libya, in which about 30 world leaders will participate, has begun, with the aim of "providing international support for the continuation of the ongoing political transition and the holding of elections on time," according to a statement by the Elysee.

Among the countries participating in this conference are the United States, Germany, Italy, Turkey, Egypt and Russia, while the Libyan side is represented by the President of the Presidential Council, Mohamed Al-Manfi, and Prime Minister Abdel Hamid Dabaiba.

The French President received the leaders and delegations participating in the conference, prior to the start of its activities, while the French presidency said that the aim of the conference was to confirm the necessity of holding the presidential and legislative elections on time without delay, and to verify afterwards that all parties respect the election result.

United Nations Secretary-General Antonio Guterres urged all Libyan political parties to participate in the presidential and legislative elections, saying that it is the "necessary next step on the road towards peace and stability."

The upcoming elections in Libya are seen as a watershed moment in the UN-backed peace process to end a decade of violent chaos that polarized regional powers and undermined Mediterranean stability since the 2011 NATO-backed uprising against Muammar Gaddafi.

According to a draft of the results of the conference on Libya, which is currently being held in Paris, the world powers will press in the direction of imposing sanctions on anyone who disrupts the electoral process and the political transition in Libya.

The draft conclusions of the conference stressed that "individuals or entities, whether inside or outside Libya, who may attempt to obstruct, undermine, manipulate or falsify the electoral process and political transition" may face sanctions.

The UN Security Council had previously approved sanctions against Libyan political figures for their role in the conflict, but Russia only sent lower-level representatives to Paris, which raised questions about its support for any positions that would be agreed upon there.

The document seen by Reuters takes into account the Libyan Election Commission's setting of December 24 as the date for the start of an electoral process that will extend to a second round of voting to elect a new president on the same day as the parliamentary elections.

The conduct of the elections to choose a new president and parliament is still in doubt, with only 6 weeks left until the planned vote, amid disagreements between rival political factions and bodies in the East and West over the rules on which the electoral timetable is based and who can run in them.

The dispute threatens to unravel the broader peace process, which also includes efforts to unify long-divided state institutions and the exodus of foreign mercenaries who remain stationed along front lines despite the ceasefire.

Nominations for the election of the head of state - the first elections to be held by universal suffrage in Libya - began last Monday, and there are many speculations about the intentions of Saif al-Islam Gaddafi, Muammar Gaddafi's son, and retired Major General Khalifa Haftar to apply for candidacy.

Representatives of Haftar's forces in the "5 + 5" Joint Military Committee had said that they had agreed to deport 300 foreign fighters from the territories under their control.

Reuters quoted a statement by an official in Haftar's forces - yesterday evening, Thursday - that this will be the first group of foreign fighters to leave the country under an agreement signed by the warring parties last October under the auspices of the United Nations to implement a gradual withdrawal of mercenaries.