SVT's climate correspondent on the new draft: "A clear weakening"

A new draft of the final document has been released after tonight's negotiations at the climate summit in Glasgow. But in this, the wording on coal power and fossil fuels from the previous draft has changed. - The new text is a clear weakening from that on Wednesday, says SVT's climate correspondent Erika Bjerström. 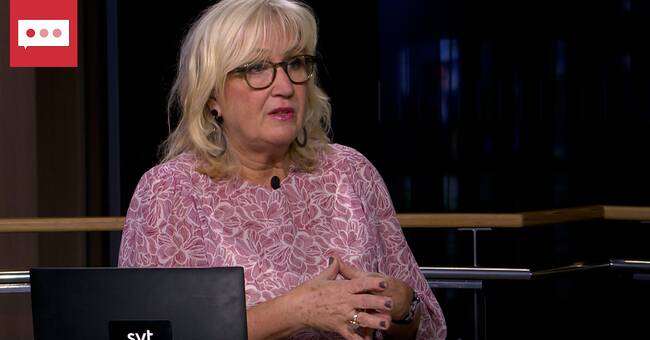 The latest draft, released on Friday morning, calls on countries to speed up the phasing out of coal-powered coal, which is without green technology, that is, without carbon capture, and inefficient subsidies for fossil fuels.

The previous draft of the final document went a step further and called on countries to speed up the phasing out of all coal and all fossil subsidies.

- The clear signal of phasing out fossil fuels is gone and opens up for so-called "green coal power", which admittedly results in lower emissions of harmful particles but where the emissions of carbon dioxide remain, says SVT's climate correspondent Erika Bjerström.

It is the oil nations Russia and Saudi Arabia that are behind the demand for weaker wording, according to Mary Robertson, Ireland's former president who is an observer.

The reference to fossil fuels

If the wording remains after today's negotiations, however, it will be the first time that a final document from a UN summit on climate mentions fossil fuels.

That would be "extremely radical", says a source in the negotiations to TT.

But at the same time admits that the wording "opens up for continued investment in coal and continued use of fossil subsidies".

The document may be updated several times before the end of the meeting.