One more step for Xi Jinping towards a third term at the head of China. The text adopted by the Chinese Communist Party on Thursday on its 100-year history praises the current Chinese president, ... 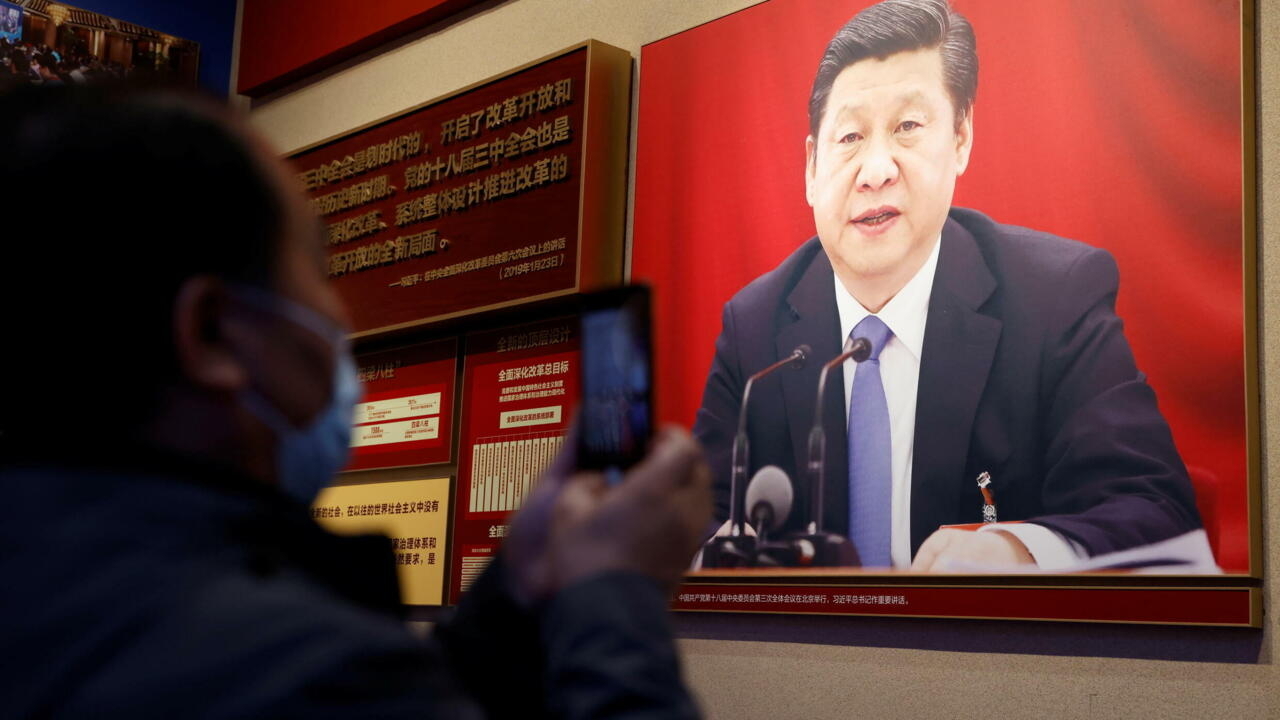 The Chinese Communist Party (CCP) on Thursday, November 11, adopted a dithyrambic text on its 100-year history, which further raised the stature of President Xi Jinping among the icons of the Chinese regime.

In the utmost secrecy, some 350 members of the Central Committee, the CPC's "parliament", approved as one man a resolution on the "great achievements" of the movement founded in 1921.

The final statement, released by the New China Agency, claims that the CCP, which has ruled the country with an iron fist for 72 years, wrote "the most magnificent epic in the history of the Chinese nation on millennia ".

In a country where history is traditionally used to legitimize power, Xi Jinping took advantage of this resolution to present himself as the undisputed heir to the regime.

Since coming to power in 2012, "Chinese-style socialism has entered a new era," the official press agency's statement added.

Xi Jinping is often referred to as the most powerful Chinese leader since the regime's founder, Mao Tse-tung (1949-76).

During its century of existence, the CCP has so far adopted only two resolutions on its history, each time before the opening of a new political page.

The first, in 1945, had strengthened the authority of Mao Tse-tung, four years before the Communists came to power.

The second, in 1981, had given Deng Xiaoping, when he launched the economic reforms, the opportunity to turn the page on Maoism, by recognizing the "errors" of the great helmsman.

By having a third text adopted, Xi Jinping is following in those of his two illustrious predecessors, in order to better write a new page in his name.

Unsurprisingly, the New China text does not address the tragedies inflicted on the country under Mao, such as the forced industrialization of the "Great Leap Forward", the collectivization of land or the chaos of the "Cultural Revolution", not more than the Tiananmen crackdown under Deng.

"Recreating a facade of unanimity"

"The Party is rewriting its past to draw the future around Xi Jinping. We are going to witness an even greater form of omerta" on the dark hours of history, predicts the sinologist Jean-Pierre Cabestan, of the University. Hong Kong Baptist.

Since his arrival at the head of the country, Xi Jinping has continued to centralize power in his hands.

In 2018, he had the Constitution amended to be able to stay in power beyond the two-term limit.

His "thought" was also enshrined in the Constitution, like that of Mao.

Its rise has been accompanied by a turn of the screw towards any form of protest, whether in Hong Kong or in the Xinjiang Uyghur Autonomous Region, which is predominantly Muslim.

There is little doubt that Xi Jinping will be reappointed in the fall of 2022 for a third term.

Unheard of since the end of the Mao era.

Even if he has just reached the age limit of 68 traditionally imposed on Chinese leaders.

"Until Congress, we will dissect, digest, comment on this resolution in order to recreate a facade unanimity around Xi Jinping," predicts Jean-Pierre Cabestan, who believes that the number one Chinese has been more contested internally since he removed the two-term presidential limit.

Witness to this challenge, the text adopted Thursday by the CCP goes less far than what Mr. Xi would have wanted, supposes the political scientist Willy Lam, of the Chinese University of Hong Kong.

"I think it is now certain that he will remain 'leader for life' but including these three words [in the final press release] could have raised opposition," he told AFP.